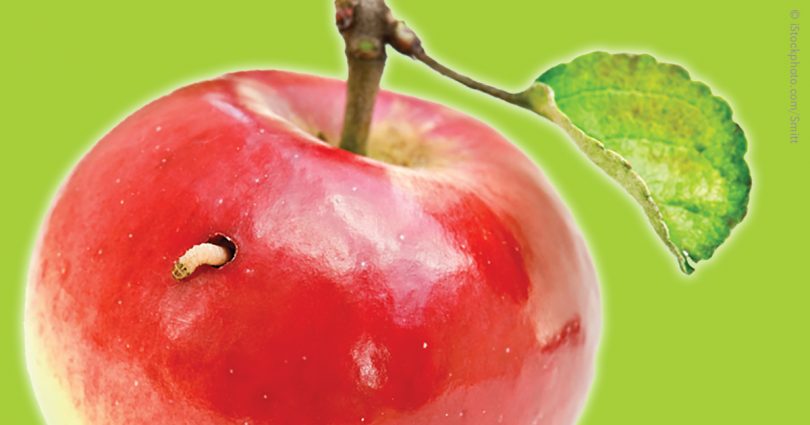 American Life League’s Stop Planned Parenthood International (STOPP) program hears almost weekly from anxious parents who want to know whether Planned Parenthood is in their children’s school. When they contact us, some have already started making phone calls and sending letters to the school district to find out. Others are at a loss as to where to start. Here is a resource to help you find quick answers about the prevalence, source, and format of sex education in your geographical area.

Where in the US and where in my state have sex education programs been implemented?

Sometimes we need look no further than the websites of the enemies of life and morality to find a wealth of information. These entities receive obscene amounts of government and/or foundation funding in order to advance their agenda and track their progress.

The Sexuality Information and Education Council of the United States—a pro-abortion organization intricately intertwined with Planned Parenthood—maintains a website (SIECUS.org) that, it says, “represents the most complete portrait ever assembled of sexuality education and abstinence-only-until-marriage programs in the United States.”

It also tracks funding streams, grantees, and funded programs. It identifies “examples of model programs, policies, and best practices being implemented in public schools across the country that provide more comprehensive approaches to sex education in schools. The fiscal year 2010 edition undertakes the enormous task of creating aportrait of comprehensive sexuality education and abstinence-only-until-marriage programs happening across the country and provides an unparalleled amount of information and includes profiles for all 50 states, the District of Columbia, Puerto Rico, the U.S. Virgin Islands, and the other U.S. territories,” according to the SIECUS website.

Keeping in mind that SIECUS is 100-percent behind repugnant “comprehensive” sex classes and vehemently fights abstinence until marriage, one can visit the website’s “State Profiles 2010” page,  and click on any state to find a great deal of information about funding received and programs being taught in various school districts across the state. Keep in mind that this information is current only as of 2010, when huge streams of renewable federal funding opened up for “comprehensive sex education.”

And be aware that the programs referenced here as viable abstinence programs aren’t strictly abstinence. They teach about contraception and most go far beyond that. The contraception portions of many contain demonstrations that would scandalize grown-ups. If a program leans more toward abstinence and traditional marriage, SIECUS will complain that it uses fearmongering: information and statistics promoting the benefits of marriage, heterosexuality, and other such things that SIECUS considers dreadful, bigoted, hateful, and harmful.

Planned Parenthood maintains a presence on college campuses through its Vox (Voices for Choice) clubs and programs. To find out if Vox is on your campus, simply search the Internet for your university’s name paired with “Vox.”

SIECUS was launched in 1964 by the Kinsey Institute to teach the Kinsey philosophy of sex education in American schools. Dr. Mary Calderone, a former medical director at Planned Parenthood, was the first director of SIECUS.

Dr. Alfred Kinsey authored the “Kinsey Reports” published in 1948 and 1953. These reports were the basis of a sexual revolution that promoted and sanctioned promiscuity, pornography, and homosexuality. Kinsey’s research was disproportionally based on surveys of prison inmates, sex offenders, and prostitutes.

According to Concerned Women of America’s report, A Nation Deceived, “To obtain data about the sexual behavior of children, Dr. Kinsey worked with trained pedophiles who sexually abused hundreds of children (as young as two months) to prove to the world that infants, toddlers, and juveniles could enjoy sex pre-puberty with the help of an adult. Their sexual torture was recorded as pleasure.” Read more about SIECUS in the Feb. 5, 2014, Wednesday STOPP Report.

How do Planned Parenthood and its network get into schools?

Anti-abstinence, “sex-positive” entities with a broad national reach, like SIECUS, Planned Parenthood, Advocates for Youth, Answer, ETR, and the Campaign to Prevent Teen and Unplanned Pregnancy, are instrumental in laying the groundwork to facilitate implementation of what the Planned Parenthood network refers to as “comprehensive sex education.” Entities targeting regional areas to implement sex classes in schools, recently revealed by STOPP, include the Sexual H ealth and Responsibility Education (SHARE) initiative in Arizona, and the Working to Institutionalize Sex Education (WISE) initiative, now reaching into nine states.

SHARE is the vehicle created by Planned Parenthood Arizona to push its sex education programs into schools. According to its page on .PlannedParenthood.org/ppaz, SHARE is actively working to provide the following:

• assistance with the selection of a comprehensive sexuality education curriculum that aligns with National Sexuality Education Standards-Core Content and Skills, K-12 [Read more about this in the Feb. 29, 2012,Wednesday STOPP Report.]

In fact, the job description for Planned Parenthood’s new community organizer/regional health coordinator in Yuma, Arizona, says that person “identifies target school districts and works with school leadership to move toward adoption of a comprehensive sexual health curriculum policy in these districts to advance the Sexual Health and Responsibility Education (SHARE) initiative.”

WISE works from the top down, beginning with state education boards. By working at the state level, it’s much easier to bypass parents in implementing laws that require or promote “comprehensive” sex classes in schools. You can read an extensive report on WISE’s far-reaching impact in the Feb. 19, 2014, Wednesday STOPP Report.

Who funds these organizations that push classroom sex education?

In its “State Profiles 2010” report, SIECUS thanks “Anonymous Foundation, The Brico Fund, The Robert Sterling Clark Foundation, The Educational Foundation of America, and the WestWind Foundation” for funding its public policy and advocacy efforts.

According to the WISE initiative’s “method toolkit,” the initiative is “led by the Grove Foundation . . . [and] supported by a collaboration of funders including the Ford, William and Flora Hewlett, and David and Lucile Packard Foundations” (p. 2). SHARE is listed as an initiative of Planned Parenthood Arizona. No funding source is identified.

Who is teaching the Planned Parenthood curriculum?

It varies from place to place. We know that Planned Parenthood Arizona is training “facilitators to help teachers and other youth serving professionals develop the confidence they need to successfully deliver the curriculum to students.”

From the WISE Toolkit website we learn, “In the first three years of the initiative, all of the WISE sites made significant progress toward their objectives. Collectively, over 100,000 students have been impacted due to WISE related activities; over 700 teachers have been trained; and 120 schools have implemented sex education where there was previously no sex education before or where it was significantly improved upon due to WISE.”

The list goes on and on. The bottom line is that Planned Parenthood participates, whether directly or indirectly, in many classroom sex education settings or in teaching others to teach sex classes in our schools. It is necessary to examine each location and sometimes to dig very deeply into the program’s structure to determine Planned Parenthood’s involvement.

Rita Diller is a pro-life consultant, speaker, and investigative journalist with decades of experience confronting and stopping Planned Parenthood. She is past national director of ALL’s Stop Planned Parenthood International, and has served as Respect Life Director of the Roman Catholic Diocese of Amarillo, Texas, for 12 years. Contact Rita by email at rdillerusa@gmail.com.