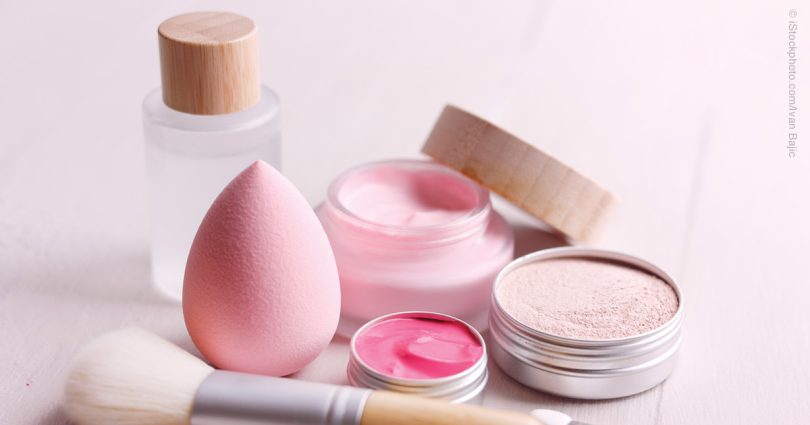 From time to time we hear stories alleging that American abortion mills are selling aborted babies to major cosmetic companies so that they may be “rendered” for their collagen—the main protein component of connective tissue.

This rumor is persistent and seems to have a life of its own, but as of this writing [January 2022], we have no proof that any US companies use aborted fetal cells in cosmetics, and pro-lifers have never documented any cases of collagen from freshly aborted babies being used in cosmetics in the United States.

However, human collagen from placentas is used extensively in surgical procedures, particularly in cosmetic surgery and in the treatment of severe burns. A number of cosmetic companies also use placentas in their beauty products.

A normal full-term human placenta weighs two pounds—about one hundred times more than a preborn child aborted at eleven weeks. Placentas from cows, goats, sheep, and yes, humans are used in many cosmetics, but there is nothing illegal or immoral about this practice. Hospitals and slaughterhouses commonly sell bulk placentas to pharmaceutical companies and cosmetic companies, which then extract hormones and proteins from them for use in hair-care products—which supposedly make hair stronger and shinier—and lotions, which are advertised as making skin smoother and suppler.1

It is true that cell lines from babies aborted long ago are currently being used in certain vaccines in the United States. According to guidelines published by the Pontifical Academy for Life, when recipients have no ethical alternative, the reception of these vaccines can sometimes be morally licit. (For a more complete explanation of when and why, see “Are There Remains of Aborted Babies Used in Vaccines?” at hli.org/resources/aborted-fetal-tissue-in-vaccines.)

But the situation regarding vaccines is different from that of cosmetics. Vaccines can save lives; cosmetics cannot. Vaccines are used in the service of humanity; cosmetics serve only human vanity. Hence, we have an obligation to oppose the disgusting practice of using aborted fetal tissue in cosmetics.

European cosmetics that use fetal tissue

The marketing term “cosmeceuticals”—a combination of the words “cosmetics” and “pharmaceuticals”—refers to products that are applied topically like cosmetics but that supposedly have medical properties that affect the skin like cosmetic surgery.

One of the companies producing “cosmeceuticals” is Neocutis, a Swiss company whose US-based subsidiary is located in San Francisco.2 Neocutis uses additives made from patented processed skin proteins (PSPs) derived from a cell line that originated with an aborted 14-week-old Swiss baby boy. Its skin creams are used for psoriasis, eczema, and for anti-wrinkle (anti-aging) treatment. Neocutis’ own website is coy about what exactly PSP is, revealing only that it is “a nourishing protein blend including Cytokines for state-of-the-art skin revitalization.” 3

Many women who use products by Neocutis do not seem to care that some of its products are derived from an aborted baby. One reviewer enthusiastically recommended the Journée Biorestorative Day Cream, concluding, “If the thought of smearing old fetal cells on your face makes you cringe, just think about what it could do for those expression lines.” 4

In terms of disintegrating respect for human life, Europe is usually at least a decade ahead of the United States. The use of large quantities of aborted fetal cells in cosmetics is an example of this rule.

In the mid-1980s, several investigations in England and France found that abortion clinics were selling the bodies of aborted babies to cosmetics companies for use in their products. These companies advertised that their products could rejuvenate the face, skin, and hair and prominently mentioned the fact that various fetal organs were used in the making of the creams.

As one example, Madame Renée Ibry’s Henri Chacon Centre, one of several such clinics on the French Riviera, advertised a California Esthetiqué line of cosmetics. The advertising pamphlet for this line of products reads in part: “We know that young cells applied to old tissues are able to regenerate them. These cells are all the more effective if they are living. . . . Exclusively taken from fetuses these cells, no longer independent, do not carry antibodies under any circumstances. . . . Absolutely natural, this product is made for use at home. . . . Epidermal circulation is activated, coloring is pinker and fresher, texture is finer, blotches disappear, undoubtedly deeper lines or wrinkles are lessened, skin is transformed, elasticity and tone are retrieved.” 5

Although this type of practice is relatively rare in Western Europe, the story is different in the East.

What follows might seem like material taken from a particularly inept science fiction pulp novel, but it is an absolutely true story.

For many years, Moscow’s youth-obsessed wealthy have been hungry to find treatments that will reverse the aging process and cure any known disease.

The poorer cities of Ukraine found themselves at the epicenter of a growing practice involving the “harvesting” of aborted children from young women and girls. Research in the early 2000s found that obstetricians in Donetsk and Kharkiv received kickbacks to tell pregnant women that their preborn children were horribly deformed, even when they were perfectly healthy. These doctors then referred these heartbroken women to abortionists, who paid them £100 for their fetal remains but who also offered them much more to delay their abortions until the late second or early third trimester.

Sergei Shorobogatko, one of the people investigating this practice, says, “When a doctor wants a fetus [to sell], he tells a girl there is a medical reason for an abortion later than 12 weeks. . . . A special procedure extracts it with the placenta.” 7

The abortionist would then sell the bodies of the babies to one of several Russian corporations for up to £5,000 each, depending upon their gestational ages. These corporations would cut the babies apart, grind up their various organs, dilute the resulting paste, and sell it to Moscow beauty salons for fetal beauty therapies that allegedly “take ten years off your face.” Some of the salons even claimed that their injections could cure such conditions as Parkinson’s disease or Alzheimer’s.

These treatments cost an average of about £10,000, but this cost is no impediment to rich women (and men) who will do absolutely anything they can to hang on to their youth—regardless of who suffers or dies as a result.

Incredible as it may seem, these salons flourished despite the fact that every step of this process is entirely illegal under both Ukrainian and Russian law, and the women who receive these treatments are aware of the treatment’s source. This is further evidence that the pro-abortion mentality has no regard for either human life or the laws of God or man.

From a strictly medical standpoint, one problem is that the process that extracts stem cells from a human fetus is extremely expensive, and it is believed that the beauty parlors merely inject their clients with nothing more than a grisly puree of fetal tissue extracts—untested for purity or diseases—to save money. A number of Russians have died or have been mutilated as a result of these cosmetics.

Professor Vladimir Smirnov, director of Moscow’s Institute of Experimental Cardiology, said, “We are talking about a huge, corrupt and dangerous trade in dubious therapies. The authorities have never licensed any medical specialist to administer injections of stem cells. These methods are totally experimental and illegal.” 8

A 2005 inspection found that there were 41 clinics offering this kind of “therapy” in Moscow alone, and it is believed that there are even more operating now.

Under Communism, millions of Ukrainians were purged by planned starvation, and those who lived suffered not only from the effects of this genocide, but from pervasive corruption as well. Such violence and injustice can profoundly change a culture, and its effects are difficult to reverse. This means that the country is unfortunately very susceptible to this kind of activity. As one reporter plaintively said, “They used to say we were selling Ukraine. Now we are selling Ukrainians; moreover, in parts.”

While we have no evidence of American-made cosmetics that use fetal tissue, the situation is very different in Europe. If you buy from Neocutis or companies that engage in similar practices, direct your money elsewhere.

The horrible “fetal beauty” practice is an embarrassment to our society, and we must oppose it.

This article first appeared on the Human Life International website at hli.org. It is reprinted with permission.

1. To discover what is in your favorite brand of cosmetics (if you dare!), see the Skin Deep Cosmetics Database at ewg.org/skindeep/?containing=704919. The practice of “placentaphagia,” the act of eating a newborn baby’s placenta, has been common in many societies throughout human history for nutritional and ritual purposes. According to those who have tried this rather exotic dish, placentas can be boiled in saltwater, fried in butter and garlic, stir fried with vegetables, or sauteed in wine or spices. For those who really want to know, a human placenta smells like liver when it is cooking and tastes like liver or kidney (Karen Janszen. “Meat of Life.” Science Digest, November/December 1980, pages 78 and 79).

The products in question are Neocutis’ Bio-Gel, Prevedem, Journee, Bio-Serum, Lumiere, and Bio Restorative Skin Cream (See the Children of God for Life website at cogforlife.org/wp-content/uploads/fetalproductsall.pdf).

Due to these concerns, several pro-life leaders appealed to the United States Food and Drug Administration to launch an investigation to see if such practices were occurring in the United States. In its 1985 response, the FDA stated: “We have received numerous inquiries from concerned individuals and organizations about the use of collagen in cosmetics. Although several of these inquiries have alleged that the source of collagen in cosmetics is from aborted fetuses, none of the inquiries have been able or willing to provide specific concrete information to indicate that this is, in fact, the case. We have no other indication that human fetal material is used as a source of either placental extract or collagen” (Dr. Jack Willke, “Are Fetal Bodies Used in Cosmetics?” National Right to Life News, August 22, 1985, page 3).

Dr. Brian Clowes is the director of education and research at Human Life International. He is a graduate of West Point, a former A-Team leader for the Army Special Forces (“Green Berets”), and holds a PhD in Civil Engineering and Systems Science. Since 1995, he has been HLI’s director of research and education and is one of the most accomplished and respected intellectuals in the international pro-life movement.