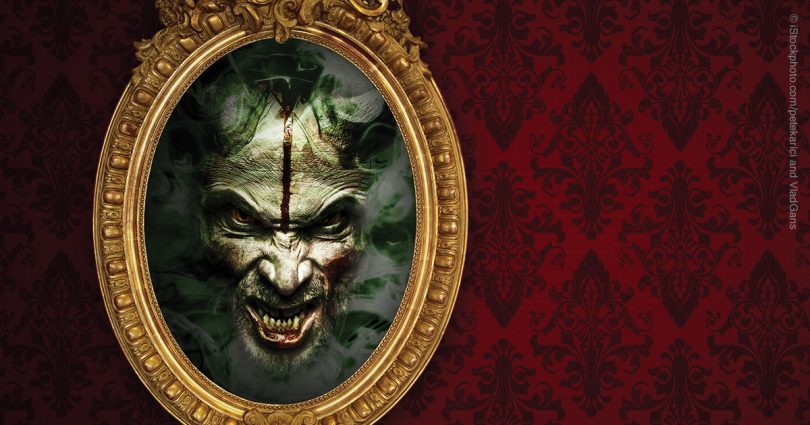 Mirror, mirror on the wall, who’s the scariest of them all?

It’s Planned Parenthood, of course. The same organization that this past March tweeted an idea for a new Disney princess: One who’s had an abortion.

That clunk you heard? Snow White, falling into a benumbed faint.

Planned Parenthood Keystone CEO, Melissa Reed, later explained to Fox News that TV and movies have a “critical role to play in educating the public and sparking meaningful conversations around sexual and reproductive health issues and policies, including abortion.” She explained that we need “emotionally authentic portrayals of these experiences.”

How did we get to a place where an abortion business is allowed to be the overwhelming voice, influencing children over the voice of their parents?

The answer points to Alfred Kinsey and his Kinsey Reports, according to Judith Reisman, PhD, author, research professor, and director of the Child Protection Institute, Liberty University School of Law.

“Before Kinsey died, he and the National Institute for Mental Health designated Planned Parenthood medical director, Mary Calderone, to implement a planned role in relation to sex education,” said Reisman.

The United Nations Educational, Scientific and Cultural Organization began incorporating sex education in the schools in 1958 in the inner cities. Reisman said the idea was to corrupt the children sexually, particularly in schools through sex education.

“They started sex education with cartoons for children. The black parents were furious and upset that they were showing obscene materials, as well as animals copulating, to little kids,” said Reisman. “They were worried about their children being sexualized and having problems, but it continued from there.”

“My daughter wasn’t supposed to show it to her parents, but she brought it home and wanted me to look at it,” she explained. “It had images that were Playboy-type, women with huge bosoms and the male was about half the size of the female, with no phallus. The pamphlet said that there were girls who chose the business of prostitution and selling their bodies and not to lie to yourself if you have paid for it. Then it said, “If you want a virgin to marry, buy one. It said there are girls who have freely chosen that business, too, and then it concluded, in case you missed it, marriage is the price you pay, and you will get the virgin, very temporarily. That was Planned Parenthood in 1974, in Cleveland, Ohio. This was handed out to junior-high-school children!”

According to STOPP International, in 1986, Planned Parenthood president, Faye Wattleton, stated that PP had established a goal of getting kindergarten-through-12th-grade sex education mandated in every school district in the nation.

With Planned Parenthood programs in most public, private, and parochial schools in the country, parents who have not wanted their children to participate in sex education classes were given the opportunity to opt out of the classes. However, this has changed in the Orange County California Public School System, where a memo was sent to parents in March 2018 to inform them that students may not opt out of a curriculum that teaches on gender or sexual orientation.

“Under the auspices of health, the law says it will equip students to develop ‘healthy attitudes on gender and sexual orientation,’ among other things. It also says it will inform students about the ‘effectiveness and safety of all FDA-approved contraceptive methods,’ and facilitate ‘objective discussion’ about ‘parenting, adoption and abortion,’” said Life Site News.

According to STOPP, Planned Parenthood’s sex education programs have been thrown out of some school districts and some districts have strict policies against its materials.

Efforts to fight Planned Parenthood and its sex education programs are occurring throughout the nation, and some are meeting with success.

Parents in Cumberland County, North Carolina, expressed their criticisms regarding a Planned Parenthood program called “Get Real.” Parents such as Judy Cannady told ABC11: “We don’t want our children to be taught there are various ways to have sex. We don’t want them being taught that sex is appropriate [at their age].” After months of such outcry, Cumberland County Schools moved toward removing the program from middle schools in February 2018.1

In January 2018, parents in Grandview, Washington, voiced their disapproval of Planned Parenthood’s “Get Real” sex education program at a Grandview school district board meeting.2 “We don’t need Planned Parenthood in our schools,” said one parent. “They give the message that abortion is okay,” said another. The board decided to listen to the community and rid the school of the “Get Real” sex education curriculum.

Consequently, STOPP encourages persistence, documentation of course material, and trying to meet with the school board, and possibly running for the board. Know the school education laws in your state, what is mandatory and what is not. If those laws are not available, request a copy of all laws dealing with sex education, AIDS education, family life education, and human growth and development courses from the state department of education. If the school board refuses to listen, write letters to the editor of the local papers, with accompanying facts, to garner the attention of the community.

STOPP also has an excellent book by Jim Sedlak entitled Parent Power!! Especially useful for fighting sex education in schools is chapter 12: “Summary of Actions You Can Take to Defeat PP Sex Education.” This section offers invaluable information for fighting sex education in the schools. It covers everything from explaining how to find out exactly what is happening in your school and documenting your findings to meeting the school board and educating the community. There is even an action checklist with 40 items to assist you in your efforts. The book can be downloaded, free of charge, as a PDF at bit.ly/STOPP-ParentPower.

Karen Mahoney is an award-winning Catholic contributing writer and author, as well as a wife, a mother, and a grandmother to 14 children. She has written for a variety of Catholic and secular media over the past 28 years.