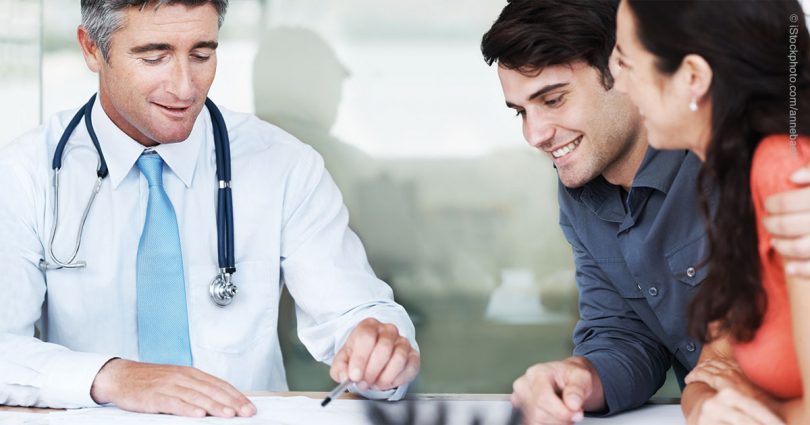 Editor’s Note: The following article is a slightly modified version of a talk given by Philippe Schepens, MD, at the Pontifical University of Saint Thomas Aquinas in Rome, Italy, on October 28, 2017, for a forum entitled “Humanae Vitae at 50: Setting the Context.”

I want to share my experience as a medical doctor, the former head of a surgical department in a hospital with more than 500 beds, on the Holy Spirit-inspired genius of the encyclical, Humanae Vitae.

It all began when I was a medical student at the then-Catholic University of Louvain (Belgium) when, in 1960, I was in my fifth year of studies. I attended a conference of Professor Ferin, a gynecologist, on what he called “the discovery of the century,” namely, hormonal contraception. According to Professor Ferin, we would finally solve the problem of human overpopulation on the planet, women becoming the masters of their own fertility. The lecture was a tribute to Pincus and his experiments with steroids on young women from Puerto Rico. Thirty years later, I had the sad chance of spending an evening in the United States with an old GP from Puerto Rico, who described to me in detail the terrible fate of these Puerto Rican women-guinea pigs.

After Professor Ferin’s lecture, I asked myself some questions about this so-called “medical revolution of the century.” Several professors had already warned us about the importance of monitoring patients given steroid hormones, since we do not know the long-term effects of these drugs that have a certain influence on the development of cancer, the integrity of the cardiovascular system, and so forth. Consequently, steroid hormones should only be administered in serious cases when there is no alternative. It is not medical to give such risky products to women who are not sick, that is, who are healthy, as a solution to regulating birth.

Curiously, similar steroid hormones have been administered to livestock to produce more meat and fatten cows. This practice was rightly forbidden by the various states due to the dangers of indirectly administering the steroid hormones to consumers. Yet, what is forbidden for livestock is recommended for women. It’s scandalous! Eight years before the publication of Humanae Vitae, I was already against oral contraception, mainly for medical reasons. Coming from a family of medical professionals, I had spoken to my father, who shared my thoughts on the matter.

When Humanae Vitae was published in the Belgian press in 1968, I was a young doctor doing my military service as a test doctor for future recruits at the military selection center in Brussels. We were 20 young doctors, half of whom were Catholic. At our noon discussion, only two physicians defended Humanae Vitae. Even back then, it was already clear that mindsets were greatly misguided in the field of hormonal contraception, even among Catholic doctors.

I then asked the opinion of my father-in-law, a Catholic gynecologist in Holland and a well-known expert in finding the causes of spousal sterility. He replied, “Everyone says that Pope Paul VI is taking a step backwards, but in my opinion, he has taken two steps forward, and almost no one realizes it.”

But I did not need the support of  Humanae Vitae to challenge the use of steroid hormones for contracepting, since the many medical risks were known and have been confirmed over the years. Everyone can read these risks on the very flyers included in the boxes of these hormonal contraceptive pills. One can easily find the texts of these leaflets on the internet, which will save you from having to buy these products. These contraceptive methods can result in the death of the woman using them, as well as be abortive by preventing the human embryo, a distinct human person, from implantation in the uterus. In addition, contraception makes the woman totally available to the desires of her spouse in contradiction to the respect due to the sexual act, which should be immense, since it is a procreative act in which the man associates with the Creator in the creation of a new human being.

Humanae Vitae explains well the authentic purpose of sexual relations between humans. In addition to procreation, the human sexual relationship is also intended to maintain the conjugal love between spouses by their mutual gift; this is not the case with mere animals. Thus, separating the procreative purpose from the purpose of love between the spouses is contrary to the mission of man on this planet and is consequently the source of multiple disorders.

Contraception and the vomitorium

The use of contraception is comparable to the practice of gastronomies in ancient Rome. The Romans had completely separated gastronomy from food with the vomitorium. This allowed them to continue eating without overloading their stomachs. Similarly, the practice of hormonal contraception, and abortion where contraception either failed or was not used, completely separates the sexual act from procreation, which is the Creator’s purpose for the sexual act as food is the primary goal of gastronomy. The difference is that abortion is much worse than the practice of vomitorium, since abortion intentionally kills a living human being, that is, a person, for his parents’ comfort.

Abortion is an integral part of contraception according to Dr. Alan Guttmacher, the founder of the medical and scientific section of the International Planned Parenthood Federation. He stated that there is no contraception without back-up abortion. The Guttmacher Institute also found that 54 percent of women who had aborted had used a method of contraception during the month they became pregnant and only eight percent of the women had never used contraception.

Returning to my evening spent with this Puerto Rican doctor, he gave me all kinds of technical details about the Pincus experiments, an extraordinary account of the suffering of thousands of young women subjected to these scandalous experiences comparable to those of Dr. Mengele at Auschwitz. To assess the risks properly, Pincus dosed the hormones up to more than a thousand times the current dosages. The results were more than “convincing” because hundreds of women suffered the complications that can be read on pamphlet folders. Death was a regular part of these complications, as were lifetime disabilities following stroke.

“[S]cience without conscience is but the ruin of the soul,” said François Rabelais, a sixteenth-century doctor and writer. It was also the ruin of the body for so many women in Puerto Rico. Some lost their lives, while others remained disabled for the rest of their lives.

Practicing medicine for many years as head of a surgical department, I had met many young women with definitive disabilities following a cerebrovascular accident resulting from the use of contraceptive steroid hormones. Rendering a healthy person handicapped by giving steroid hormones is the very negation of medicine. Primum non nocere (“First, do no harm”) is a basic principle of medicine established in ancient times. Moreover, it is not practicing medicine to administer a risky product to a healthy woman to solve a non-medical problem. In almost all cases, doing so puts the doctor at the service of the person and not at the service of the person’s health. It is a true return of the surgeon’s profession to the profession of barber, a return to the practice of medicine before Hippocrates, who lived in the fourth century before Christ.

The height of perversion

But the height of perversion is not found in doctors deviating from the very essence of their profession of healing the sick in favor of rendering healthy people unhealthy. The height of perversion is found in opposition to Humanae Vitae from a significant part of the clergy, including some bishops and cardinals. Corruptio optimorum pessima (“the corruption of the best is the worst thing”). Decadence has reached the Church just as it has reached Western civilization. It is time to react.

Among the little-known reactions, I quote that of an ecclesiastic from my country. Father Daniel Maes lives in a religious community in Syria, the Order Premonstratensians or Norbertines, the order of the famous Father Werenfried van Straaten, founder of Aid to the Church in Need.

Father Daniel Maes has written his vision on Humanae Vitae in a 400-page book, which, unfortunately, is only available in Dutch at the moment. The book is entitled How a Pope Was Finally Right and subtitled “New perspectives after half a century of contraception.” It is a complete book on the true and false roads of medicine as well as of society, where, sadly, too many ecclesiastics have also been misled. The alternative that Humanae Vitae offers to couples is natural family planning. The encyclical’s justifiable renunciation of an artificial separation of the sexual act from procreation does not preclude engaging in sexual acts outside the fertile period (maximum 6-7 days a month) of the woman. In fact, it enhances the dignity of the woman who has a say in the practice of the sexual act.

But the West, and especially decadent Europe, will pay dearly. Contraception makes couples and other adults irresponsible, not only with their bodies poisoned by steroid hormones, but also by the total separation of the sexual act from procreation; thus, turning it into an act of pleasure without responsibility. This has a side effect of dramatically reducing the West’s population. To ensure a stable population whose age structure is normal, we must replace the generations that leave us with new ones. But all the demographers will tell you that all couples must have at least 2.11 children. However, the European average is currently only 1.4, and in Mediterranean Europe, around 1.1 to 1.2. We do not notice it so much now because the total population of European countries remains stable or slightly increases; however, this is due to the lengthening of the individual lives of the elderly in addition to immigration from Africa and the Middle East.

I will let you guess what the European population will be in fifty years.

Finally, I would like to express my gratitude to the various popes who have treated conjugal life in their encyclicals and other texts since the 19th century. I think especially of Paul VI and Saint John Paul II, without forgetting my wife for having given me 50 years of happy life, thanks to living Humanae Vitae and Evangelium Vitae, among others, with me.

Dr. Philippe Schepens has been happily married for 50 years. He is the father of five children and 11 grandchildren. A former head of surgery, Dr. Schepens was a member of the Pontifical Academy for Life (1995–2017) and served on the Pontifical Academy for Life’s board (1995–2004). He is currently a board member of the John Paul II Academy of Life and Family, a board member of American Life League, and the Secretary-General of the World Federation of Doctors Who Respect Human Life.