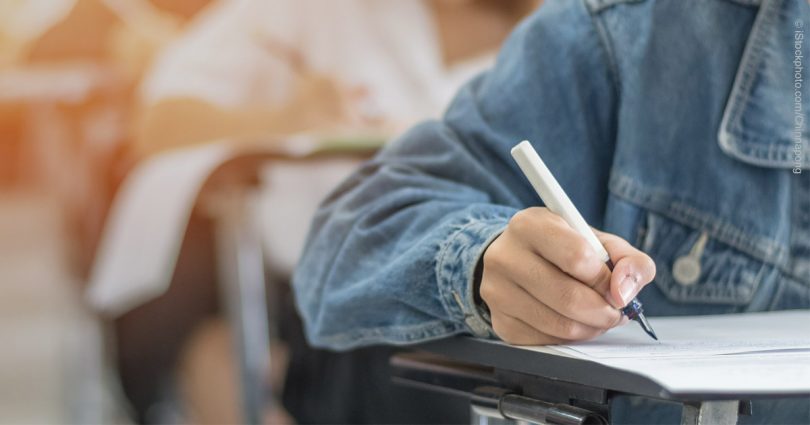 Outrageous sexuality indoctrination programs have been pushed on schools across the country since the 1950s. In 1953, Planned Parenthood’s Dr. Lena Levine said that PP had designed its own sex education programs, not to teach abstinence before marriage, but to teach children how to obtain sexual satisfaction. The results of these programs became apparent in the 1980s as teen pregnancy rates skyrocketed. Today, Planned Parenthood is increasing its sex education push, and with the help of tens of millions in taxpayer dollars it has become the largest provider of sex education in America.

At American Life League, we have been involved in a number of successful fights to help parents rid their schools of these offensive programs. I documented some of these successes in my 1991 book Parent Power!! — How Parents Can Gain Control of the School Systems That Educate Their Children (available for free at all.org/store). 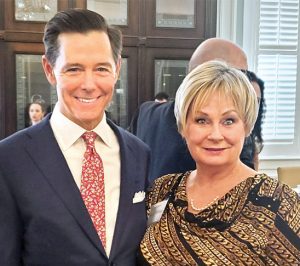 In early 2020, Bev Kilmer, CEO of the Freedom Speaks Coalition, approached me and asked me to participate in the coalition’s Safe Ed K-12 Task Force. Freedom Speaks has garnered the support of many individuals and national organizations including, but not limited to, legendary FSU coach Bobby Bowden, George Papadopoulos, Mike Lindell, Dr. Ralph Reed, Congressman Ted Yoho, Sen. Rick Scott, and others.

This new 30-member Safe Ed K–12 Task Force is a unique approach to ending the threat of sexuality education programs and is comprised of moms, dads, grandparents, teachers, attorneys, ministers, therapists, counselors, retirees, and Christian and like-minded organizations—essentially, individuals and groups committed to removing inappropriate sex education from America’s school systems. Members also want to identify and remove providers like Planned Parenthood, Advocates for Youth, and many similarly affiliated organizations. It is initially focused on the state of Florida, with the anticipation of expanding to other states as its members accomplish victories in Florida.

The task force’s mission is to protect the innocence and health of children and the fundamental rights of parents to direct the education, healthcare, and well-being of their own children.

As a former three-term elected member of the Florida House of Representatives who served in leadership positions on numerous educational committees that oversaw school programs from kindergarten through college, Kilmer is eminently qualified to run this task force.

Its premise is straightforward: These disgusting programs are not only wrong but illegal.

Just about every one of the offensive programs breaks US Code Title 18, Part 1, Chapter 71, which defines as obscene and prohibits distribution to children the “visual depiction of any kind, including a drawing, cartoon, sculpture, or painting that . . . depicts a minor engaging in sexually explicit conduct.”1 (Emphasis added) The sex ed programs also break more than two dozen Florida laws.

The key words in this section are “drawing” and “cartoon.” Many people consider that having pictures/images of live persons is necessary for something to be declared obscene, but this definition makes things absolutely clear. A drawing of children engaging in self-sexual gratification or putting on a condom or other products as part of sexually explicit conduct is, as most parents would agree, obscene.

Many Florida state laws contain similar wording. For example, under F.S. 847.012 entitled “Harmful materials; sale or distribution to minors or using minors in production prohibited,” it states: “A person may not knowingly sell, rent, or loan for monetary consideration to a minor: Any picture, photograph, drawing, sculpture, motion picture film, videocassette, or similar visual representation or image of a person or portion of the human body which depicts nudity or sexual conduct, sexual excitement, sexual battery, bestiality, or sadomasochistic abuse and which is harmful to minors.”2 (Emphasis added)

This focus on the law is what makes the Safe Ed K–12 Task Force unique. Members of the task force point out that, not only are pornography and obscenity detrimental to children, but they are also against the law. Further, there are no exemptions in Florida law for obscenity and pornography.

Over the last year, the task force has evaluated over 15 courses plus the so-called National Sexuality Education Standards. In a detailed analysis discussed at weekly virtual meetings, it identified 15 harmful elements in each course being taught in Florida and also identified state and federal laws that are violated by these courses. Finally, it identified the persons responsible for ensuring that no pornography or obscenity is allowed in any Florida school.

Once the basic work was completed, the task force, with support from staff at American Life League, created a special report and a PowerPoint presentation that was presented to Richard Corcoran, the Commissioner of Education. Florida law clearly gives him the authority to issue an executive order instructing all school districts to cease and desist all sex education programs until his agency and attorneys have reviewed and evaluated the validity of the report and possible illegal materials, videos, and images. (Copies of the report and PowerPoint can be found on the task force’s website at  safeedk12.com/member-resources.)

Once the report was submitted, Safe Ed K-12 sent a copy to all school superintendents. This ensured that all leadership levels were aware of the extent of the violations of the law and just how offensive the obscenity and pornography are to the children.

Safe Ed K-12 then took the message on the road for a month, traveling throughout Florida. They met with school board members, teachers, parent groups, pastors, ministers, and other nonprofits. In addition, they appeared on several television and radio shows, both English and Spanish.

The reaction from attendees at the presentations was immediate and constant. The words “we have to do something about this” were spoken by many, as the scope of the depravity of what is presented to children in Florida schools became apparent.

The response, so far, from those in a position to make the decisions that would end the assault on our children has been predictable: crickets!

Those who have had experience fighting classroom sexuality education programs know only too well the politically correct response of those trusted with protecting our children. Their first response is almost always to ignore the problem. The school year runs from late August to May or June. Those in charge operate from a basic belief that problems will arise during the school year and that any problems that can be put off until June will just go away.

Corcoran’s office has responded to calls for him to issue an executive order instructing all school districts to temporarily cease and desist all sexuality education programs and has said that they are not sure the commissioner has that authority.

This, of course, is a stalling tactic. Although disappointing, it was anticipated, and the Safe Ed K–12 Task Force is moving ahead with an aggressive plan for community motivation and engagement.

The task force is now mounting a massive phone and e-mail campaign. This well-planned operation is building on support generated by the statewide presentations during the fall of 2020. Those presentations were made to numerous community and civic organizations, garnering support along the way.

The Freedom Speaks Coalition is planning a summit in early 2021 in central Florida to plan specific activities that will ensure that the focus on illegal classroom programs will not go away at the end of this school year and will still be a force to contend with in the 2021–2022 school year and beyond.

As I indicated at the beginning of this article, this is not just a repeat of earlier efforts to end the sexual indoctrination programs in Florida and elsewhere. This effort is based on the fact that, under current federal and state laws, these programs are illegal. The attorneys working with the task force are well aware of all the findings and reports generated so far and are optimistic about an eventual victory. One of the attorneys stated the opinion that, based on what has been uncovered and documented so far, the task force’s chances of a legal victory is around 80 percent. That percentage will likely increase as more people learn about the effort and add their stories of the horror of sexuality indoctrination programs.

Those who want to keep up to date on the happenings in Florida or who want to activate their state in a similar activity can contact Bev Kilmer at bev@SafeEdK12.com or call (850) 601-4447.

United States lawmakers clearly understood the dangers of pornography and obscenity to our children. Both federal and state laws are absolutely clear. We must protect our children from this kind of material.

Now is the time to make sure that every educator, administrator, and teacher in our country is aware of the harm done to children and our society by these nefarious programs. Furthermore, we need to hold the responsible people accountable. More importantly, we must support the people in these positions who stand up for our children, and we must fight against these programs.