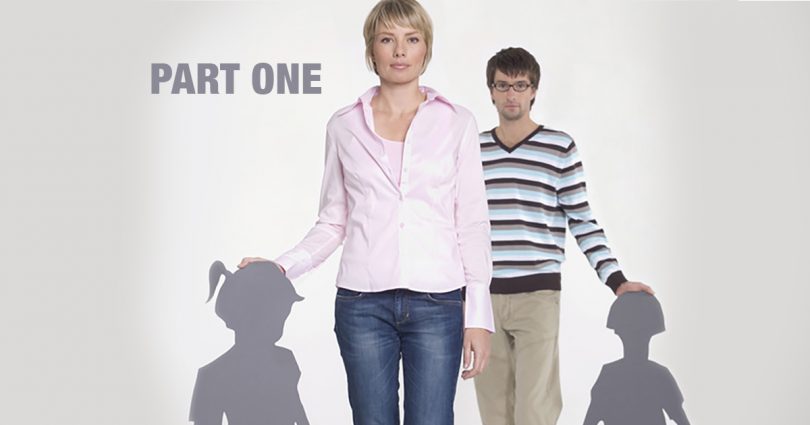 Editor’s note: This two-part article outlines the close connections between the contraceptive mentality, the modern eugenics movement and the overall expansion of the culture of death. It also examines the common denominators between certain drugs prescribed for menopausal women—now acknowledged as high-risk by the medical establishment—and hormonal contraceptives, which the medical establishment typically portrays as safe for women’s health.

Nine years ago, I started reading books on women’s health written by John R. Lee, M.D. He is perhaps best known for his groundbreaking 1996 book, What Your Doctor May Not Tell You About Menopause, which publicized the health risks of the synthetic hormone replacement therapy frequently prescribed for menopausal women at that time.

Millions bought Dr. Lee’s books. However, the media all but ignored his contribution to discussions of hormone therapy. I am a librarian and writer, not a health professional, so to learn more about synthetic hormones, I researched the literature. I wondered, “What have women been willing to accept, and what have they been ‘sold’?” By writing and speaking out about my findings, I hope to help other women.

In 1929, the hormone progesterone was discovered. This hormone, like its sister hormone, estrogen, is fundamental to the creation and birth of human beings. The following year, the Anglican Communion approved of contraception, to be used with discretion by married couples only. For the first time in history, a Christian denomination had approved of artificial birth control, instead of denouncing it as evil. As a result, a collision occurred between seemingly compassionate, humanitarian motives (to facilitate marital happiness) and centuries-old Judeo-Christian teaching on the goodness of creation, which viewed children as gifts from God. A general attitude of openness to children was now officially compromised by pragmatism.

Few at the time could have foreseen the ramifications of the Anglicans’ cave-in on contraception. But according to author Steven Kellmeyer, the agnostic English writer Aldous Huxley did grasp the consequences (Envoy magazine, September/October 1998). His 1932 novel, Brave New World, portrayed a future that would result from contraception. Though he didn’t hold conventional Christian beliefs, Huxley foresaw that the contraceptive philosophy would result in a dehumanized society wherein pleasure would be more important than children. In his fictional world, the contraceptive philosophy inevitably led to promiscuous sex, abortion, mandatory sterility, artificial fertilization and cloning. People were offered a “loving cup” of communion, but this cup was actually a drug intended to make them forget their existence—an existence marked not by fertility, but by sterility.

Eugenics in Europe and America

In the 1930s, world economies were collapsing, while Adolf Hitler’s power was solidifying. His quest to create a “master race” through eugenics (from the Greek word meaning “good birth”) led to the Holocaust and horrific medical experiments. Oddly, the evils there coincided with developments on this side of the Atlantic. Some American scientists also championed eugenics, with which they hoped to improve the human race by controlling reproduction. They applied Charles Darwin’s “survival of the fittest” theory to human beings, and some were deemed less fit to procreate than others.

Planned Parenthood founder Margaret Sanger, a eugenics enthusiast, led the birth control movement here and touted contraception as safe, modern and necessary to prevent children deemed as unwanted and burdensome from coming into the world. Apart from this crusade’s intrinsic immorality, the problem was that Sanger and her ilk did not factor in the possibility that contraception would negatively affect women’s physical health—not to mention their psyches and souls.

By the 1950s, prosperity seemed to be dictated by the DuPont company’s well-known advertising slogan “Better things for better living… through chemistry.” Factories were producing consumer goods at an all-time high. Machines were humming, and chemicals began transforming people’s lives as never before.

In 1951, a chemist named Carl Djerassi, working for Syntex Laboratories in Mexico City, manufactured norethindrone, an oral synthetic progesterone that was to lead the way to the birth control pill—the world’s first chemical contraceptive.

In 1960, the U.S. Food and Drug Administration approved selling the contraceptive pill. Then in 1965, the U.S. Supreme Court ruled that married women (and later, single women and even minors) could not be barred from obtaining birth control pills. According to “The Pill,” an American Experience broadcast aired on the Public Broadcasting System in 2003 (www.PBS.org/wgbh/amex/pill), by 1962, 1.2 million American women were using the birth control pill. But was it safe?

According to the PBS web site, Enovid, the first pill on the market, consisted of 10 milligrams of synthetic progesterone and .15 milligrams of synthetic estrogen. In 1970, the U.S. Senate held hearings to investigate reports of its side effects (blood clots, cancer and diabetes). After that, the pill’s hormone levels were slashed and package inserts detailing possible side effects became mandatory.

With their acceptance of the birth control pill, most women would probably not have considered themselves under attack, much less as willing victims. But ever so slyly, we women—even Catholic women—were drawn into a “contraceptive mentality.” Many were dazzled by social scientists’ claims that the pill would make our lives convenient and sexier. Some may have felt uncomfortable, but they believed their doctors.

Even today, it is possible to find medical reports arguing the safety of the birth control pill. As recently as 2008, for example, articles in The Lancet and American Family Physician presented data that connected the use of oral contraceptives with overall reduction in cancer risk, especially ovarian. Happy thought?

Depending on the research methodology used and whose statistics you choose, a case can probably be made for the “safety” of almost any prescription drug. Probably the perfect study has yet to be conducted that will definitively prove a causal relationship between synthetic hormone drugs and hormone imbalance, which entails a wide variety of ailments. (The literature I have surveyed mentions breast cancer, uterine and ovarian cancer, heart disease, stroke and autoimmune disorders, among other problems.)

But according to Dr. Lee, it is excessive estrogen, an ingredient in both contraceptive and menopausal drugs, that promotes cell proliferation. And cell proliferation can lead to cancer. It is “estrogen dominance” (too much estrogen), a term he coined, that causes women’s bodies to get out of balance. Add to that the synthetic form of progesterone, and you have a recipe for disease. The federal government’s study of the menopausal drug Prempro, which contains both synthetic progesterone and estrogen, and is prescribed as hormone replacement therapy, was halted in 2002 when researchers saw a high risk of heart attack, stroke and breast cancer in the women tested.

Ann H. Slattery, M.S.L.S., is a freelance writer from Bethesda, Maryland, and has worked for more than 25 years in libraries in Maryland, Texas and Washington, D.C.