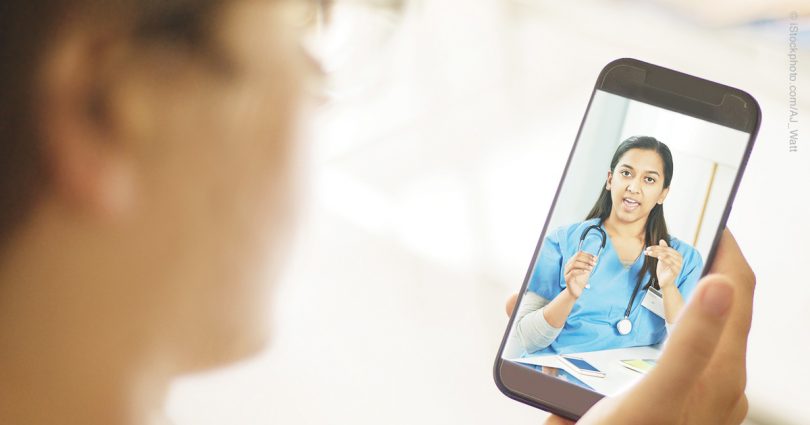 Telemedicine in the United States has been around in one form or another since the early 1900s, but it took the US space program to cement the components into something similar to what we currently call telehealth. In the 1960s, as spaceflights became longer, it became necessary to transmit medical data from individuals in space to doctors on earth for evaluation and treatment.

An outgrowth of this need was a unique 1970’s telemedicine project funded by the government. This successful effort was called STARPAHC, and it not only provided remote medical services to astronauts in space but to Native Americans living on the Papago Reservation in Arizona as well.

As technology advanced, especially with the introduction of the Internet, the use of telemedicine grew—particularly in rural areas and in inner cities where people had to live with insufficient health services. With this more widespread use of telemedicine, both federal and state regulations were put in place to control the prescription of drugs—especially controlled drugs and those that posed a danger to the patients.

During this evolution of telemedicine, all abortions in the US were done in surgical settings. Thus, there was no thought of using telemedicine for abortions. Beginning in the 1980s, however, French pharmaceutical company Roussel-Uclaf developed an abortion drug known as RU-486, and testing of that drug began in the United States in 1983. It was not until September 2000—the last months of the Clinton administration—that the US FDA approved RU-486 as a method of early medical abortion. The approved drug was renamed mifepristone, and it was sold under the brand name Mifeprex®. The abortion industry soon designated the term “medication abortion” to refer to any abortion done by means of administering pills rather than via surgery.

Then, in 2008, Jill June, the chief executive officer of Planned Parenthood of the Heartland, was, according to her own statement, watching TV one night and saw a broadcast about medical services being delivered through the use of cameras over the Internet. She said the idea hit her that Planned Parenthood could use that technology to do webcam abortions. Although PP has since changed the name to telemedicine abortions, all of the histories of telemedicine abortions date the beginning of this procedure to June 25, 2008, when Planned Parenthood of the Heartland pioneered it.

Once PP Heartland launched this abortion method, it began to aggressively promote it, and by June 30, 2010, it committed abortions at 11 medication-only sites (using telemedicine) as well as its four original surgical-abortion sites. All new abortion sites provided medical abortion through telemedicine.

A steady and deadly increase

Having pioneered telemedicine abortions and then taken over the medication abortion industry, Planned Parenthood looked to expand its presence in the overall telemedicine business.

In 2014, it launched Planned Parenthood Care to allow a person to talk to a PP clinician online from home. That was expanded in 2015 to Planned Parenthood Direct, which allowed for consultation, getting a prescription, and ordering birth control pills, among other things—again, all from home.

In its 2018-2019 Annual Report, Planned Parenthood Federation of America stated it provided telemedicine abortions in 16 states and other telemedicine services in 17 states.

At the beginning of 2020, it had plans in place to slowly increase the number of facilities that offered telemedicine abortions.

Then came the coronavirus pandemic.

In typical fashion, Planned Parenthood does not see this pandemic as a health crisis for the country but as a business opportunity for itself. The first thing it did was to secure its abortion operations and fight to keep them open—despite orders from the government that all elective surgeries be suspended. Through friendly politicians and numerous court cases, it succeeded in keeping its killing centers open and has even reported an increase in telemedicine abortions—renaming them under the general label of “telehealth services.”

Its website posted answers to some questions about its telehealth services, telling prospective clients that “telehealth services vary from health center to health center, but you may be able to get services such as birth control, STD testing and/or treatment, gender-affirming hormone therapy, PEP, PrEP, and emergency contraception (the morning-after pill). Counseling or education information may also be available.” In addition, the site told women: “You may be able to get a medication abortion—the abortion pill—through telehealth. If so, during your telehealth visit, your nurse or doctor will give you all of the information you need to use the abortion pill at home. Then you’ll go to your local health center to pick up the medicines you’ll need.”1 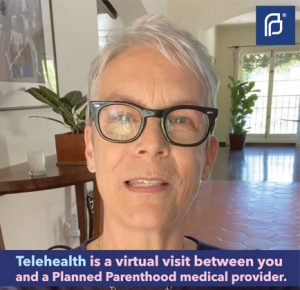 PP then announced that it is expanding its telehealth services to all 50 states in 2020. Actress Jamie Lee Curtis is the organization’s national spokesperson for its telehealth program and is involved in fundraisers and other promotions. In a 50-second video, she talks about how telehealth will help keep people and workers safe. She unbelievably ends the message saying “God bless you all”—an irony not unseen by those who know that PP is one of the most anti-God organizations in the world.2

When an emergency responder in one of the New York counties hardest hit by COVID-19 recently found out she was pregnant, she decided that it wasn’t the right time to have a child. So between a busy schedule of helping patients, she made an appointment for Planned Parenthood’s new telehealth service, requested an abortion, and attended an initial counseling session—all while sitting in an ambulance.

Once she completed her virtual visit through the organization’s app, the first responder’s ambulance swung by her local Planned Parenthood clinic so she could pick up the pills needed to end her pregnancy.3

This woman, whose daily job is dedicated to saving lives, decides to kill her own child, and Planned Parenthood happily provides her with the murder weapon.

We know from the testimonies of hundreds of staff members who have left Planned Parenthood that once this emergency responder called PP, she—just as others before her—spoke with individuals trained to sell abortions. She likely received no real counseling, and likely no one tried to help her solve her perceived problems regarding giving birth to this already living human being. No, Planned Parenthood doesn’t care about that. Planned Parenthood only wants one thing—a dead baby.

There is a major change happening right now in America as to how and where abortions are committed. That change is being orchestrated by the very people who first brought the concept of webcam abortions to this country.

As Planned Parenthood uses the current virus pandemic to increase the killing of God’s children, the killing chambers are starting to move from physical clinics to college dormitories to homes on your block. The abortion industry calls these “at-home” abortions or “self-managed” abortions. Please understand that self-managed abortions are not something simple. According to the National Institutes of Health, one out of five has adverse effects, one out of six involves hemorrhaging, and one out of 17 will require surgery to complete the abortion. They are often violent and can require immediate transport to an emergency room.4

Planned Parenthood is calling on its friends to help with its goal of abortion-on-demand. The state of California, for example, recently implemented a law that requires every state-run university in California to provide medication abortions for free to any student who wants it. The state will pick up the bill. 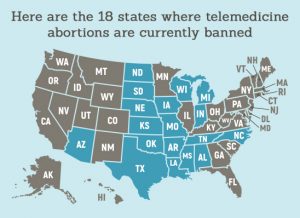 But Planned Parenthood has other obstacles to overcome. A major problem for Planned Parenthood is that the federal Food and Drug Administration requires that the abortion pill (mifepristone) must be picked up at a medical facility; it cannot be mailed. This requirement poses a major problem to Planned Parenthood’s expansion plans, as PP wants to engage young people through telehealth and then just mail the abortion pills to them. If the pills need to be picked up, it will decrease PP’s ability to sell them, especially to young people in rural America.

American Life League and other pro-life groups recently sent a letter to the FDA insisting that the current regulations not only remain unchanged but be aggressively enforced. We asked the FDA to shut down the websites of companies outside the United States that use the Internet to illegally sell and ship abortion pills to women who live in the United States.

The use of telehealth for medical services in the United States is, in general, a very good thing. It can save time and diagnose illnesses and medical conditions both in record time and safely. But, Planned Parenthood is really not interested in general telehealth. It only cares about selling death and making money.

Planned Parenthood’s plans rely on getting political approval at the federal and state levels. A sure way to block its telehealth abortion plans is to elect people to office who will fight against Planned Parenthood and stop its nefarious plans. Say NO to Planned Parenthood-style telehealth. Remember, mifepristone was approved by Clinton’s administration. Elections have consequences.