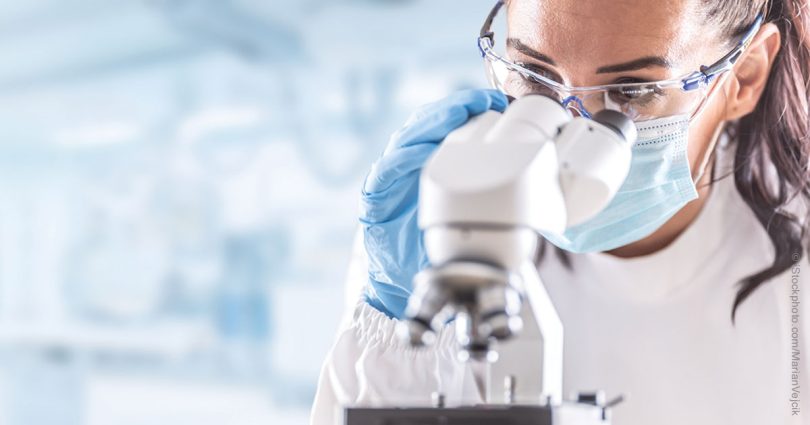 Since early in the 1900s, tissue from preborn babies has been used in research, experimentation, and medicine. For most people, though, very little thought is ever given to how this tissue is procured, how it is used, and the impact it has on science.

What is human fetal tissue?

Human fetal tissue is biomatter and cells collected from preborn children at any stage of gestation. The tissue can come from stem cells, organs, body parts, and more. Most of the time this tissue is obtained from aborted babies, but it may be collected from miscarried children as well.

Definitions of fetal tissue are not always consistent and are sometimes altered to exclude certain types of cells for legal or ethical reasons. This allows companies to avoid restrictions that would ordinarily apply to fetal tissue research. For example, cells grown in a laboratory from older human fetal cell lines are not defined as fetal tissue by the National Institutes of Health.1

How is fetal tissue procured?

While tissue can be collected from miscarriages, such material tends to be of lower quality and is harder to collect than that from abortions. As such, the vast majority of fetal tissue is collected through abortions.2

By law, fetal tissue from abortions can only be used if the mother gives her consent to have it used. Whether or not this is actually how it works in practice, however, is questionable. Some investigative reports have found that women’s consent is often pressured or violated in some way. Sometimes, abortionists will simply take the tissue they want without the mother even knowing.3

In addition to ignoring consent, abortion providers may sometimes alter the procedures they perform to ensure that the tissue comes out as intact as possible. How frequently this happens is unclear, but providers have a vested interest in doing so because it increases the value of the tissue. Often the body parts are too mutilated to be useful, or chemicals used to kill the child before the procedure make the tissue unusable. Released emails between the FDA and procurement groups describe the apparent frustration when the mutilated tissue is of less value: “We had an afternoon clinic in NJ and were hoping for the best, but nothing. This week I’m working with a doctor who induces fetal demise at 20 weeks. The other doctors who staff this clinic don’t induce fetal demise until 22 weeks . . . and of course . . . this week we had 4 21-week cases that all had been injected with digoxin on Wednesday so the tissue is unusable.” In another email, the same doctor wrote: “We only can check external genitalia and if it’s not there . . . due to the nature of the termination procedure . . . we have no way of telling.”4

Buying and selling tissue for profit

Currently, it is technically unlawful to buy or sell fetal tissue. This, however, is something of a grey area because there are numerous exceptions for what is considered a “reasonable payment” regarding the tissue. This includes paying for the acquisition, transportation, implantation, processing, preservation, quality control, and storage of the tissue.

From the start, technicians are paid both by the hour for their time and also for the tissue they collect. For each organ, body part, or sample of blood obtained by procurement technicians, techs receive a substantial bonus. This bonus varies depending on the type of tissue collected. Intact brains, eyes, ovaries, and testicles, for example, receive far higher bonuses than tongues or skin.5

Because the parameters of what constitutes “reasonable payment” are not explicitly outlined in law, it appears to be legal to demand these fees, no matter how much you charge.

As there is very little oversight, prosecutors have often relied on videos taken by undercover pro-life and independent investigators. Chief among them have been David Daleiden and the Center for Medical Progress, whose investigations helped bring down a pair of companies that had been illegally selling fetal body parts for profit. These companies, DV Biologics LLC and sister company DaVinci Biosciences LLC, profited millions while flying under the radar. They worked with Planned Parenthood and sold to academic institutions around the world for years before pro-life investigators exposed them.7

Even when videos reveal these sorts of abuses, often nothing will come of it. The nature of the law simply makes it extremely difficult to ever charge anyone for illegally profiting from the sale of fetal tissue.

Moreover, it appears that even government organizations themselves are involved with the unlawful purchase and sale of fetal body parts. Released documents8 from the FDA, for example, show the FDA requesting to purchase tissue and paying large sums for it.9 Other records show the FDA purchasing large quantities of fetal heads, organs, and tissue, paying per item on top of shipping and transfer costs.10

In 2019, at least some FDA contracts for the purchase of fetal tissue were terminated by the Department of Human Services after the department found that the FDA was not following procurement laws. This behavior, however, does not appear to have stopped. Instead, in recent years, restrictions on government research using fetal tissue have been removed, and the practice has been expanded further.11

What is fetal tissue used for?

Historically, fetal tissue has been used in attempted transplants and medical research but has rarely produced positive results and has often come with horrible negative side effects.

In patients with Parkinson’s, for example, fetal brain tissue transplants have resulted in the growth of hair, skin, and cartilage inside the brain.12 Other patients experienced nightmarish writhing, twisting, jerking, and other uncontrollable movements.13 Compared to those who do not receive such treatments, patients with Parkinson’s fare no better and develop other health issues as a result.14

Vaccine development and other general biological research have likewise utilized fetal tissue, with mixed results. Though many vaccines utilize fetal tissue in their development or manufacture, there is little evidence that other sources of tissue cannot be used in their place, especially given current medical technology.

Today, fetal tissue is still widely used in medical research. Common uses for it include grafting body parts onto other animals to create more humanized versions of them for research purposes. Mice, in particular, serve as a popular platform for grafting fetal tissue to create human structures for research. In recent years, this has become a particular subject of controversy after numerous emails between the FDA and wholesalers of aborted fetal parts were released to the public. These emails detailed the acquisition of fetal tissue to graft to mice and make them more human.

According to one of the emails: “It is strongly preferred to have a male fetus if at all possible. However, after we dose the mice, we have to proceed with the surgery, so at that point undetermined sex or female is better than no tissue.”

Another email states: “Given how old the mice are (12 weeks) we will use frozen tissue. Fresh tissue is always our preference, but I don’t think we can wait another week. We are going to receive more mice in early Sept so we will try for more tissue then. I hope supply issues will resolve themselves by that time.”15

Any field involving the sale and use of human body parts for research or any other purpose is one that should be treated carefully. When it comes to fetal tissue, however, even more caution should be taken.

From start to finish, the procurement, trade, and use of aborted fetal tissue is full of ethical quandaries and abuse. Its legality is often questionable, with organs and body parts being sold in grey zones. Markets appear to be often filled with corruption, and there is little in the way of accountability. It is simply another money-making scheme, and when the tissue is finally used for science, the research done with such tissue appears to be not only often ineffective, but borderline haphazard. Indeed, sometimes the research is so disturbingly bizarre that many people have difficulty believing the facts.

Regardless of one’s opinions on abortion, we cannot continue to treat human remains so cavalierly or abuse them for profit and convenience.

4. Emails regarding the procurement of fetal tissue, Accessed February 25, 2022.

12. “Survival and Proliferation of Nonneural Tissues, with Obstruction of Cerebral Ventricles, in a Parkinsonian Patient Treated with Fetal Allografts,” R D Folkerth, R Durso, Neurology, 1996 May; 46(5):1219-25.

15. Emails regarding the procurement of fetal tissue, Accessed February 25.

William Lawyer is a freelance writer from Utah. He is the founder and executive director of the The Lifeguard Initiative —a pro-life organization dedicated to protecting the preborn.