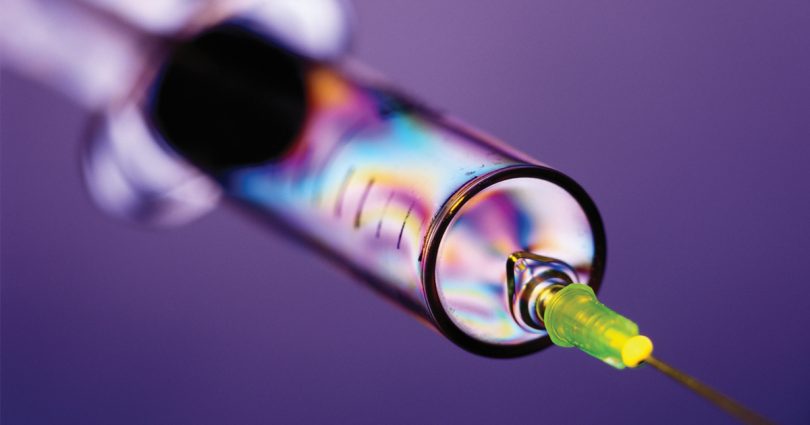 EDITOR’S NOTE: Virginia delegate Bob Marshall is an expert researcher and legislator whose fundamental concern is the rights of persons. He fought against Virginia’s Gardasil mandate and his findings should alarm the citizens of all U.S. states and territories.

Gardasil is a vaccine against human papillomavirus (HPV) types 6, 11, 16 and 18, which can lead to (or can be associated with) cervical cancer. Gardasil’s maker recommends it for girls and young women ages 9-26. It received fasttrack approval from the U.S. Food and Drug Administration in June 2006. Less than one year later, in May 2007, Judicial Watch released FDA documents showing that 1,637 reports of adverse reactions, including three deaths, are related to Gardasil. “One physician’s assistant reported that a female patient ‘died of a blood clot three hours after getting the Gardasil vaccine.’ Two other reports, on girls 12 and 19, reported deaths relating to heart problems and/or blood clotting,” Judicial Watch revealed.

Gardasil is made by pharmaceutical giant Merck and it can cost from $140 to $275 per shot for each of the three required shots, plus an office visit charge of $35 to $185. This makes Gardasil the most expensive vaccine ever marketed in the United States.

The high price might be necessitated to help cover the salary of Merck’s CEO, Richard Clark. In February, the Wall Street Journal noted that Clark received $8.4 million in income in 2006.

Merck also needs cash because of pending lawsuits from several thousand claims for damages and deaths attributed to its Vioxx painkilling drug, which was withdrawn from the market after causing an estimated 88,000 to 139,000 heart attacks, 30-40 percent of them fatal, according to the FDA’s Dr. David Graham. This could cost Merck billions.

Laws mandating vaccinations were first passed in the United States to control outbreaks of smallpox. Subsequently, the U.S. government has required children to get vaccines against measles, whooping cough and polio.

However, the case for Gardasil is different because children can’t catch HPV by sitting next to someone in class. HPV is sexually transmitted. Therefore, the chances of grade-school girls getting HPV are next to nil.

Even prior to reports of the three deaths linked to Gardasil, Merck’s mandates were not supported by the Association of Immunization Managers, which is comprised of state public health immunization officials from all state, territorial and local immunization grantees. Claire Hannan, executive director, said AIM’s policy supports infrequent use of mandates and then only after a long implementation period.

Last December, the New England Journal of Medicine also urged caution for Gardasil mandates, stating: “The move to require HPV vaccination raises broad questions about the acceptability of mandatory public health measures, the scope of parental autonomy and the role of political advocacy in determining how preventive health measures are implemented.”

Merck’s marketing also caused problems for Gardasil researchers such as Dr. Diane Harper, a physician and medical scientist at Dartmouth Medical School who has researched an HPV vaccine for 20 years. Her research at Dartmouth is supported by Merck, but Harper rejects the company’s advertising campaign. “Merck has not said anything incorrect, but the way they are marketing it makes it so people only hear, ‘This is a vaccine that protects me from all cervical cancer…’ And that’s wrong,” Harper told FW Daily News (March 14).

Dr. Harper also rejected making the vaccine mandatory. “Giving it to 11 year olds is a great big public health experiment,” she warned. “There also is not enough evidence gathered on side effects to know that safety is not an issue… At 11, these girls don’t get cervical cancer—they won’t know for 25 years if they will get cervical cancer.” Harper questioned how long the vaccine lasts and when women might need a booster. She said, “To mandate now is simply to Merck’s benefit and only to Merck’s benefit.”

Dr. Harper noted that if a woman has already been exposed to, say, HPV type 6, the Gardasil vaccine can’t prevent cervical cancer from that type of HPV, but it can work against the other three HPV types.

Dr. Moira Dolan of the Texasbased Medical Accountability Network wonders if Gardasil might make things worse. She said that Merck’s “study showed an increase in pre-cancer related to the vaccine types in the people who already had these infections before they got the vaccine.”

Like Dr. Harper, the ACS also noted that safety data for administration of Gardasil is lacking and that there is little information on the duration of immunity.

Research is very clear that smoking, a compromised immune system and birth control pills can enhance a woman’s chances of getting cervical cancer. Yet abstinence, as the government calls it, is an even more certain and less costly means of preventing HPV infection. So the notion that women should resort to the most expensive vaccine in an effort to avoid cervical cancer borders on despair. Mark Twain’s quip that “virtue has never been as respectable as money” might have been written with Gardasil in mind.

The politics of Gardasil

“Why wouldn’t you want a cure for cancer?” Such loaded questions were directed to lawmakers across America in the early months of 2007 if they hesitated to pass laws requiring 11-year-old girls to be vaccinated with Gardasil or be barred from school.

Merck’s efforts to use the powers of government quickly received a boost when the U.S. Centers for Disease Control recommended that girls aged 11 and 12 receive Gardasil.

The CDC recommendation helped Merck achieve immunity from lawsuits under the federal Vaccine Injury Compensation Program (a public-paid insurance program). This means Merck is legally blameless if children are injured by mandatory Gardasil vaccines and it means the VICP has to compensate them.

In addition, children of lowincome families are eligible for tax-subsidized Gardasil shots under the federal Vaccines for Children Act.

Merck ignored suggestions from the CDC’s Dr. Jon Abramson and other pro-Gardasil panel members that the company should not lobby state lawmakers to require the vaccine for school attendance.

What money can buy

Merck was helped by Women in Government, an organization of female state legislators and business leaders, which endorsed the mandatory vaccination program, despite the fact that Dr. Diane Harper had alerted the group of her concerns about Gardasil. As it turns out, Merck and other big pharmaceutical companies provide “support” for Women in Government, according to its web site.

Since last October, lawmakers in at least 39 states and Washington, D.C. have introduced bills mandating, funding or promoting Gardasil. In 2007, mandatory vaccination proposals were introduced in at least 24 states and the District of Columbia.

In late 2006, New Hampshire made Gardasil available free to girls under 18. And in January 2007, South Dakota Governor Mike Rounds spent $9.2 million to vaccinate approximately 44,000 girls from ages 11 to 18.

The Gardasil hype was aided by an article in the Journal of the American Medical Association, which found that almost 27 percent of U.S. females aged 14 to 59—nearly 25 million women—had HPV. But the article’s fine print showed that the four strains of HPV that Gardasil worked against were present in only 3.4 percent or 3.1 million females and that 90 percent of all HPV infections do not become chronic.

Perry was criticized for his Merck connections. On February 3, KBTX-TV in Bryan/College Station, Texas reported that “Perry has several ties to Merck and Women in Government. One of the drug company’s three lobbyists in Texas is Mike Toomey, his former chief of staff. His current chief of staff’s mother-in-law, Texas Republican state Rep. Dianne White Delisi, is a state director for Women in Government.”

Then on February 20, Merck announced it would stop active state lobby efforts.

On February 22, ABC News cited Associated Press, stating that Perry’s “Chief of staff, Deirdre Delisi’s calendar shows she met with the governor’s budget director and three members of his office for an ‘HPV Vaccine for Children Briefing’ on Oct. 16… That same day, the documents show, Merck’s PAC donated $5,000 to Perry and $5,000 total to eight state lawmakers.”

Still, Merck’s efforts did produce a Gardasil-related law in Colorado, whose legislature passed a bill allocating four percent of the tobacco lawsuit settlement money to pay for a cervical cancer immunization fund.

So far, only the Virginia legislature passed a Gardasil mandate. House Bill 2035 first passed the House of Delegates Health Committee with no parental optout provision, but one was added on the House floor.

I was one of only 17 delegates voting “No,” while 80 voted “Yes.” The Gardasil mandate returned as a Senate bill and opposition increased to 32 delegates, including myself, but it passed because 66 voted in favor of it.

Governor Tim Kaine sent an amendment back to the legislature that gave parents broad discretion to refuse Gardasil after receiving information about the vaccine. The legislature approved his amendment and, in April, Kaine signed the bill into law against the December 2006 backdrop of Merck announcing the $57 million expansion of its Elkton, Virginia plant. Gov. Kaine’s approval of a $700,000 grant from the Virginia Investment Partnership for Merck to improve its Elkton plant is also in place. Currently, the annual payroll at this plant is $60 million and the expansion is set specifically for producing Gardasil.

So, Gardasil is big business and the dangers of mandating it cannot be overemphasized.

Bob Marshall is a former member of the Virginia House of Delegates, representing the 13th district of the Commonwealth.