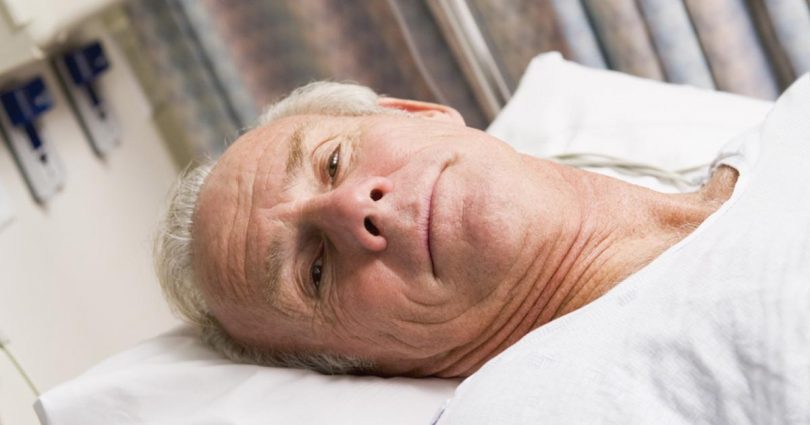 Since the mid-1990s, several influential grant makers have collaborated to “change how we die in America.” Palliative care was their vehicle. However, the problem in palliative care is not strictly due to “the euthanasia movement,” as it is commonly known. Yes, there are a number of palliative care leaders who are affiliated with Compassion & Choices (formerly known as the Hemlock Society) or who admit to being in favor of assisted suicide and euthanasia. But, there is an equal threat coming from a growing cohort of bioethicists, physicians (often at academic health centers), community organizers and hospital/hospice administrators. They usually claim to be “neutral” on decriminalization of physician-assisted suicide, and some will even say they oppose it. In reality, they promote the hastening of death by blurring the line between passive euthanasia (withholding or withdrawing of life-sustaining treatment or death by overdose of opioids) and good, common-sense medical care.

George Soros sent limited funding to high-profile euthanasia groups. The bulk of his funding went to the more low-key Faculty Scholars Program, sponsored by his Project on Death in America (launched in 1994). Kathleen Foley was its director. Foley opposes physician-assisted suicide, not because it is inherently wrong, but because she believes this is not the right time for its decriminalization.

In her January 2005 testimony before the British House of Lords, she said,

. . . it [physician-assisted suicide and euthanasia] medicalises [sic] killing really at a time when our resources for care are limited, when physicians in their daily practice are under enormous pressures in your country and in my own, and perhaps it will take 10, 20 or 30 years for all of these issues to be resolved and for care to be provided to all, and perhaps [then] this legalisation [sic] might be reconsidered, but at this point in time it is I do not think economically feasible or socially or politically appropriate to do so . . . (emphasis added)

Among the early PDIA grant recipients were members of Choice in Dying, a right-to-die group known for its promotion of living wills and the “right to refuse treatment.” In the early nineties, Choice in Dying launched a demonstration project that became known as Education for Physicians on End-of-Life Care, to incorporate end-of-life care into medical education. Loyola University Chicago Stritch School of Medicine was one of the sites. A few years later, the school received a PDIA grant to develop RC EPEC, a parallel, end-of-life education program for Catholics, which was incorporated into the “Recovering Our Traditions” materials/conferences of the Supportive Care Coalition (a coalition of Catholic health care organizations).

Ira Byock, now professor at Dartmouth Medical School and chair of its palliative medicine program, was another early PDIA grant recipient. Byock was a hospice proponent and nominally opposed to assisted suicide. He was, however, a big fan of pushing the envelope on the “right to refuse treatment.” For example, in the March/April 1995 issue of the American Journal of Hospice and Palliative Care, he wrote that though he would not write a prescription to help the patient commit suicide, he would “share with the patient information that he or she already has the ability to exert control over the timing [of] death. Virtually any patient with faradvanced illness can be assured of dying—comfortably, without any additional physical distress—within one or two weeks simply by refusing to eat or drink.”

Byock worked with Karen Kaplan of Choice in Dying to give the old right-to-die organization a new “consumerist” look, and in 1998, the two announced that Choice in Dying would evolve into Partnership for Caring. Two years later, the Annals of Internal Medicine (March 7, 2000) published a controversial article he coauthored with Timothy Quill. They promoted “terminal sedation” and “voluntary refusal of food and fluids” as a way to hasten death.

How Catholic chaplains were lured in

Even the National Association for Catholic Chaplains has been influenced by this agenda. Palliative care teams include chaplains and are quickly becoming the standard in end-of-life care. When the NACC was restructured in 2000, the president and chief executive officer of HealthCare Chaplaincy (a multifaith organization funded by Soros, and Mary and Laurance S. Rockefeller, among others) was appointed to its board of directors. In 2004, professional pastoral care organizations, including the NACC, agreed to abide by a common code of ethics and common principles for processing ethical complaints. Then, in 2007, the Hastings Center and the HealthCare Chaplaincy received a grant to research “professionalizing” health care chaplaincy and to assess quality improvement.

NACC recommends that members receive training from the RWJF-funded Center to Advance Palliative Care’s Leadership Centers. Part of the training focuses on enabling the palliative care team—with its built-in chaplain— to obtain a position of trust with the patient and family. Spirituality is emphasized over religion. In fact, one RWJF/PDIA project (a November 2001 Last Acts workshop) went so far as to ask members to take the “religion” out of their work and instead be spiritual advisers and listeners.

SCC’s former executive director, Sylvia McSkimming, and Catholic Health Initiatives’ senior vice president for advocacy, Colleen Scanlon, wrote an article for the September 15, 2001 issue of Catholic Health World (published by the Catholic Health Association) titled “End-of-Life Training Improves Patient Care.” In it, they discuss SCC’s first train-the-trainer session for nurses using the End-of-Life Nursing Education Consortium program, the nursing version of RWJF’s strategy to change professional education. They concluded, “Slowly and steadily we are moving beyond making a difference one death at a time to shaping end-of-life expectations and, ultimately, changing our culture.”

The palliative care movement is changing medical care in this country. With the “help” of Catholic health organizations such as SCC, we are turning away from lifesaving medicine to life-rationing medicine.

Who is behind the palliative care movement?

Some of the newly anointed “palliative care experts” are members of radical right-to-die organizations that supported the decriminalization of physician-assisted suicide in Oregon or wrote articles in support of it:

Timothy Quill, a Death with Dignity board member, is notable for hisarticle on facilitating the death of his patient “Diane.” He is now considered an expert trainer at the Center to Advance Palliative Care’s Leadership Centers.

Sean Morrison, who coauthored a controversial national survey onphysician-assisted suicide with Quill in 1998, is now director of the National Palliative Care Research Center and was recently elected president of the American Academy of Hospice and Palliative Medicine.

Nancy Neveloff Dubler, a Compassion & Choices advisory boardmember, is influential in pediatric palliative care. Dubler was tapped by the Hastings Center (arguably the nation’s most influential bioethicsthink tank) to develop an end-of-life     conflict resolution and mediation program that will no doubt find its way into medical standards and government policies, as do most Hastings Center guidelines.

The idea behind LifeTree was born in 1997. The initial purpose was to create a positive, easy-to-understand symbol of the pro-life movement. So a 23-foot tall structure, adorned with nearly 4,000 pairs of baby booties and socks, was dedicated on the 25th anniversary of the Roe v. Wade decision. It represents the almost 4,000 lives lost to abortion each day in the United States. Its first public appearance was in front of the North Carolina state capitol.

From the beginning, LifeTree’s leaders engaged in pro-life advocacy among the members of the state legislature. Then, in 2003, a bill purporting to prohibit physician-assisted suicide caught LifeTree’s attention, because it had so many exceptions as to make it ineffective. After much effort, a clearer version emerged. It was killed, however, and LifeTree was puzzled to learn that an organized hospice group for the Carolinas had led the opposition. With that, LifeTree began to focus on end-of-life issues, working with a talented researcher who chronicled this phase of the culture of death.

In 2005, LifeTree’s timeline was posted on its web site. It shows how a handful of foundations and quasi-government agencies have funded and implemented the strategies highlighted in this article. LifeTree continues to reach out to all who will listen, with its well-researched information on the lower-profile wing of the euthanasia movement.