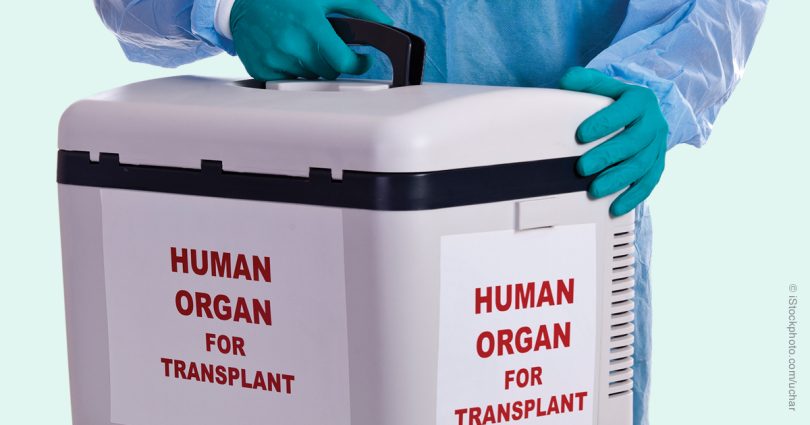 Heidi Klessig, MD, and Christopher W. Bogosh, RN-BC, wrote Harvesting Organs & Cherishing Life: What Christians Need to Know about Organ Donation and Procurement to raise awareness of the dangers associated with certain types of organ donation and with the term “brain death.”

These authors have years of both research and practical experience in the healthcare sector and felt called to share their knowledge with lay people so that they can make ethical decisions regarding the end of life.

Christopher Bogosh is a psychiatric mental health nurse with more than 25 years of nursing experience ranging from critical care to hospice care. He holds a degree in theology, has served in the pastorate, and has written extensively on medical ethics from a Christian perspective.

The following interview with Dr. Klessig was conducted via email in May 2022 and has been lightly edited for clarity.

Q: How did you and Mr. Bogosh decide to collaborate, and why did you write this book?

A: Rev. Jeff Pollard, the editor of the Free Grace Broadcaster, asked Chris for permission to use some of his material from [his books] for an upcoming edition of FGB. Jeff then published some of Chris’ material about brain death in the FGB. After I read it, I responded to Jeff with a note of gratitude. He linked Chris and me, and Chris invited me to co-author Harvesting Organs.

We wrote this book because image-bearers of God have worth and value no matter what condition they’re in. People are still alive when biological signs of life exist in the body, even though they may be “unconscious” and are still on life support.

Brain death, the Uniform Determination of Death Act, and the Dead Donor Rule are fallacies. Cutting organs out of “brain-dead” donors with biological signs of life is immoral and unethical. Like abortion and physician-assisted suicide, these policies permit murder. There is a lot of confusion about harvesting organs from brain-dead people with beating hearts in Christendom, even among those who claim to be pro-life. This travesty extends into forced organ harvesting practices, exploiting the poor and vulnerable for organs, and using organ tissue from aborted babies kept alive in labs for research and transplant products.

The Christian intelligentsia across the spectrum have developed various schemes to justify harvesting organs from those declared dead under the UDDA. Still, all of them are philosophical in nature. They all ignore the obvious fact that biological life is still present in these nonresponsive donors after they are declared dead.

Q: What made you decide to approach this from a biblical/religious standpoint rather than just a scientific one?

A: Science does not exist in a vacuum, and it’s always rooted in philosophical or religious assumptions.

Regarding UDDA and organ harvesting issues, the prevailing view is that the brain qua organ is the locus of life. Thus, when the brain has ceased to function, life has ended. [However,] “brain-dead” donors still have biological signs of life in the body. These donors also respond to medicines during harvest surgeries, indicating an interaction between the “dead brain” and body. Not to mention, some people declared brain dead have recovered. This brain-as-the-essence-of-life view rejects the actual existence of a spirit giving life to the body as a whole.

Q: How have organ donation procedures changed over the years you have been in the medical field?

A: The UW-Madison transplant program was busy during my tenure. At that time, only “brain-dead” organ donors were harvested. Since that time, Donation after Circulatory Death was revived, but it was practiced differently. Before 1968, all organs were harvested after the heart stopped beating from people with no neurological function. However, there was a reluctance to transplant these organs due to lack of [blood flow]. It’s not ethical to replace a diseased organ with a damaged organ. Today, with resuscitation equipment and personnel on standby, there is a two- to five-minute wait after the DCD donor’s heart stops beating. Following the designated interval, the poor well-meaning person is resuscitated, and the butcher session begins.

To add insult to injury, these people do not meet the “brain-death” criteria of the UDDA. Thus, they still have a level of brain function and may be aware of what is happening. After establishing the cardiopulmonary standard of death, the heart is defibrillated (shocked with an electrical current) to restart it. In some instances, the carotid arteries are clamped shut or occluded with balloons to prevent circulation to the brain. People with a condition called locked-in syndrome have awareness due to higher brain function, but their lower brain (i.e., brainstem) is impaired. Locked-in people on life support appear dead but they are alive on the inside. This could very likely be the situation with DCD donors.

Q: How is brain death defined?

A: The UDDA defines brain death as the “irreversible cessation of all functions of the entire brain, including the brainstem.” This definition is seriously flawed. First, the standard of irreversibility is impossible to meet. How does a physician determine irreversibility? It has been proven that nerve cells can regenerate. Not to mention, some people have even recovered after a UDDA declaration of death. Second, breathing is caused by the brainstem, which also requires the irreversibility standard. Careful testing is performed to determine if a person on a ventilator cannot breathe. However, the only way to confirm irreversibility is to remove life support (i.e., ventilator) to see if the person won’t live without it.

Q: What are the dangers in organ donation?

A: Only a living person can donate organs such as the heart, lungs, liver, or kidneys. Brain-dead donors and DCD donors are still biologically alive when their organs are harvested. Unless a compassionate anesthetist gives some anesthetic drugs “just in case,” registered organ donors may be aware of what is happening.

Q: What is organ harvesting and how prevalent is it?

A: A distinction needs to be made between organs and tissues. Organs are a complex collection of tissues that work together as a unit to perform a particular vital bodily function. The heart, lungs, liver, and kidneys are examples of organs. Organs are dependent on a continuous supply of oxygen and nutrition from the circulatory system. Take away their blood flow and organs rapidly become nonviable, making them unsuitable for transplantation. Tissues like blood, semen, eggs, skin, bone, corneas, amniotic fluid, etc. deteriorate much more slowly and can be preserved.

The poor and vulnerable are at the most risk for organ harvesting. You can read about this travesty of justice in Harvesting Organs. There is also a lot of influential organ procurement propaganda aimed at the altruism of the public. Slogans like “Give the Gift of Life” and Organ Procurement Organization testimonials are smoke screens. The reality is that UDDA and DDR are legal fictions. After a person becomes a registered organ donor, [such laws] may cause a grueling death sentence worse than a convict on death row.

Q: Which kinds of organ donation are considered morally acceptable?

A: In which both the donor and the recipient remain alive after the procedure, a living donation is a moral and laudable act of Christian charity. Donating a biologically dead body can also be ethically acceptable if the tissues are taken only after the coroner has determined the cause of death.

[Note: Corneas, skin, bones, heart valve, and tendons are examples of tissues that can be donated after death. Acceptable donations from a living donor include blood, bone marrow, skin, stem cells (placenta), one kidney, and part of liver lobe.]

Q: If someone wants to be an organ donor, what should that person do to protect himself and ensure that his wishes are respected?

A: First, don’t be a registered organ donor. If a person is registered, remove that designation from a driver’s license and destroy donor cards. This step is crucial. It may also be helpful to carry a card stipulating your refusal to be an organ donor. After reforms to the Uniform Anatomical Gift Act in 1986, a registered donor’s designation trumps all other desires regarding healthcare directives. Parents, spouses, family members, legally designated surrogates, and a Living Will cannot stop the organ procurement process. Second, after that crucial step, make sure to have advance healthcare directives and a surrogate who will honor your wishes. If one desires to donate after natural death, that can be laid out in legal instruments such as a will.

Dr. Klessig reiterated the importance of her book and encourages everyone to read it, stressing that it’s geared toward a lay audience. She stated: “If this issue is going to change, pro-life people need to raise their voices.”

And we cannot raise our voices if we are not informed; thus, we must all be aware of the grim reality behind what could happen when a person is declared “brain dead” but is not truly dead.

For more information, including videos, please visit the authors’ website at respectforhumanlife.com.

Leslie Sholly is a wife and mother of five living in Knoxville, Tennessee. She was a charter member and long-term chair of the Respect Life Committee of the Diocese of Knoxville, where she helped design a pro-life CCD curriculum and gave many talks on abortion. Her writing has appeared in numerous publications and on her own website, Life in Every Limb.