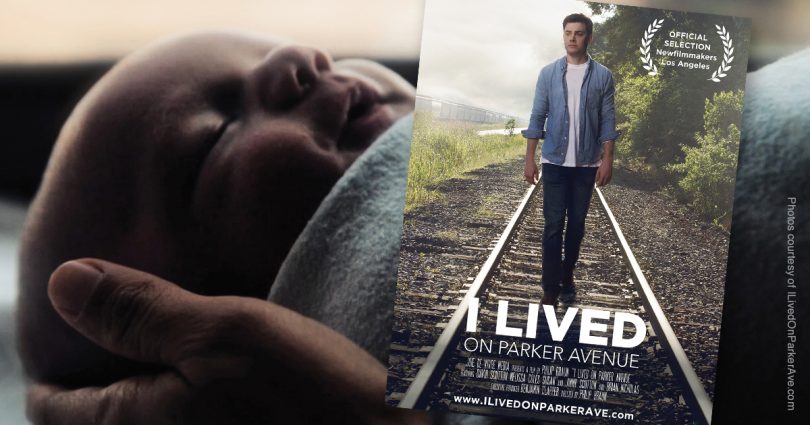 David Scotton grew up in Metairie, Louisiana, the only son of Susan and Jimmy Scotton. He always knew he’d been adopted, and every once in a while, he would wonder about his birth parents: Why did they put him up for adoption? Did they ever think about him? But then he would put it out of his mind. He was happy with his life, and besides, he didn’t want to be different from any other kid.

About the time David turned 18, the Scottons received a phone call from their adoption agency. David’s birth mother had updated her contact information. Would they like to update David’s?

At that point, David freaked out. He’d always tried to hide his emotions surrounding his adoption so as not to upset his parents, and he walked outside to catch his breath. But after some time, he decided he did want to make contact, and he wrote to his birth mother, Melissa, and asked her to “friend” him on Facebook. After communicating that way for more than a year, David felt ready to meet in person.

But there was a twist to David’s backstory that would complicate this reunion.

When Melissa Coles found out she was pregnant at age 18, she was both scared and excited at the thought of being a mom. But neither she nor her boyfriend, Brian, had a stable life. Sometimes they didn’t even eat. How on earth could they care for a child?

When they arrived at the clinic, Melissa was swept in by clinic escorts, a blanket over her head and radios at each ear to shield her from sidewalk protestors. But the words of one activist broke through. “That baby has 10 fingers and 10 toes, and you’re going to kill it.” Once inside and prepped, as the doctor sat down to do his work, Melissa heard the echo of those words.

“I can’t do this!” she said and jumped off the table. The doctor rolled his eyes but didn’t force the issue, and Melissa left the clinic still pregnant.

Meanwhile, Susan Scotton had lost two children, both born with a genetic abnormality. Jimmy Scotton, her second husband, promised to make life different for her, and they began the adoption process. When Jimmy received the call that their baby boy had been born in Indiana, he was so shocked at first, he forgot to call Susan. But they quickly gathered their wits and hit the road.

And so it came about that while Melissa wept bittersweet tears in one part of the hospital—she knew she was doing the right thing placing him for adoption, but she desperately wanted to keep him—Susan and David cried tears of gratitude at the ultimate joy of holding their son for the first time.

Nineteen years later, about a year and a half after David’s and Melissa’s first contact, David, his parents, and his grandparents travelled to Indiana to meet Melissa and Brian. When Melissa saw David approach her door, a tall, broad-shouldered young man, smile on his face, arms open for a hug, 19 years of emotion gave way to sobs as she got the hug she’d been hoping for all his life.

But it was still a complicated joy. At this point, David knew his backstory, and she knew that he knew. After all the hugs and greetings and a time of fun and games with Courtney, David’s full-blood sister, subsequently born to Melissa and Brian, David gently brought it up.

“I just wanted to thank you for your decision nineteen years ago,” he said with remarkably few stammers.

Melissa broke down again, her hand covering her face. For so long, she’d feared he would hate her. Guilt had plagued her, and here he was thanking her for his life. No anger whatsoever. Just gratitude.

Next came David’s meeting with Brian. Brian, too, had long believed that, were this moment to ever come, his birth son would hate him. But David’s easygoing warmth started its disarming work right away. After an evening in Brian’s back yard—to all appearances any ordinary summer family gathering—Brian made a few poignant comments about it all. First, he was shocked at how much David looked like him. One might wonder why that would be a shock, but more important, seeing that David held no grudge, helped Brian “move on.” “It was like a load lifted off my shoulders,” he said. There’s nothing preachy about I Lived on Parker Avenue, but astute Christians will recognize here the transformative effects of forgiveness.

At Melissa’s request, David returned to Indiana three months later. She wanted to take him somewhere “for closure.” And so it came about that David stood, his 10 toes planted near the corner of Parker Avenue and 38th Street in Indianapolis, the very spot from which an unknown voice called out in defense of his life.

Melissa broke down again, another face-in-hand moment. “I’m so sorry.”

“No, don’t be sorry,” David said, drawing her into another hug, literally embodying Christian grace.

But there was more. He had a surprise for her. “I brought some people with me that want to thank you as well. They’re pulling up right now in that white car.”

And then out popped Susan, Jimmy, and the grandparents, Susan cradling in her arm a large book—a scrapbook filled with letters to Melissa from special people in David’s life, a veritable cornucopia of fruit born of David’s life. “They wanted to thank you for your decision nineteen years ago.”

And this time, Melissa and Susan shared tears of joy.

All these moments are captured in I Lived on Parker Avenue, an experientially indescribable short film available free on YouTube. There’s no preaching, agenda, or even messaging. It just captures one strain of the symphony of David’s life to date. People will take away different things from it, and for some it will be hard. But everyone should see it. Yes, everyone.

Visit ILivedOnParkerAve.com to view I Lived on Parker Avenue online.