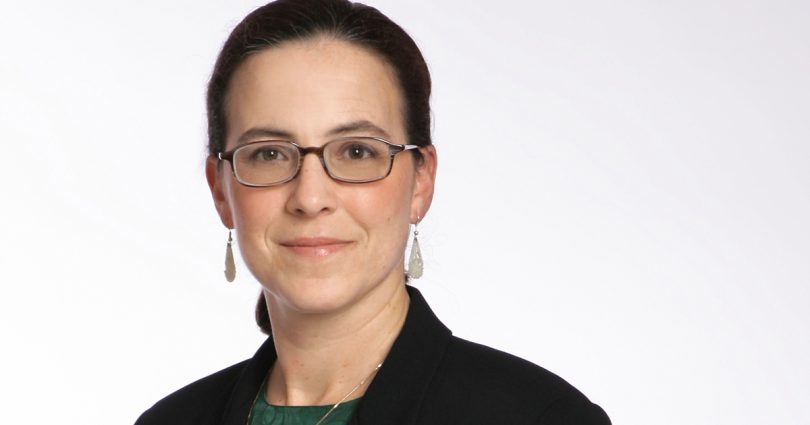 In February of this year, a small team headed by Theresa Deisher, Ph.D., founded AVM Biotechnology LLC in Seattle, Washington. AVM (as in “Ave Maria”) is guided by Catholic ethical principles and identifies itself as being “committed to providing commercially available or clinically proven ethical vaccine and stem cell alternatives to parents, families, medical professionals, hospitals, healthcare organizations and taxpayers.”

AVM was formed in response to widespread ethical and medical concerns over the use of tainted vaccines, that is, vaccines derived from the tissue of aborted babies, as well as human embryonic stem cell research. Its products will not be derived from or tested on aborted fetal or embryonic materials. AVM’s motto is “We know there is a better way.”

Dr. Deisher is an internationally renowned adult stem cell research scientist whose research has resulted in 23 patents. She has 17 years of experience and is AVM’s director of research and development. Her article “Why are we celebrating the reprogramming of adult cells?” was reprinted in our March-April 2008 issue.

In one interview I read, you said you were a feminist in college and science was your god. You also said that the idea to start AVM Biotechnology came to you while you spent long hours before the Blessed Sacrament. Can you briefly fill in what happened between those two periods in your life?

Dr. Deisher: Well, I turned away from the Catholic Church just after I graduated from high school. I had a fairly traumatic experience that seemed, to me, to contradict some fundamental Catholic teaching I had been taught by my parents and to support the teachings of Planned Parenthood proponents.

The experience seemed to be so profound that I decided if the Church had lied about this, then they had lied about everything, so I rejected my faith and only went to church when I was forced [to go] during vacations with my family. I did not, however, reject the philanthropy and charity I had been taught [while] growing up as a Catholic.

I was not particularly happy during my feminist years, except when I was volunteering or doing some charitable work. As a graduate student, I was blessed with the opportunity to have another similarly traumatic experience, which taught me unequivocally that my earlier experience and rejection of my faith were the result of shock and immaturity. From there, it was a long road to get fully back to the Church, largely hampered by my personal feelings of guilt and stupidity.

During my journey back, I came to know and understand the Catholic faith as I had not known it before, and discovered that my need for reason and science was compatible with the teachings of the Church. My intrinsic values, most of which I tried to throw off during my feminist days, are Catholic values, and I am fulfilled when I embrace the Church and those values, even when they go against the popular secular norms.

What is AVM’s chief mission, and has it changed or developed since its founding?

Dr. Deisher: The mission of AVM is to provide physicians, pharmacists and patients with drugs and therapies that do not require them to sacrifice their consciences. The mission has never changed; our concrete business plan has changed. Originally, we planned to leverage my expertise in the stem cell field to fund a vaccine division that we were not planning to begin implementing until 2009, at the earliest.

In the process of setting up AVM, I was introduced to Debi Vinnedge, of Children of God for Life [see Celebrate Life, November-December 2008]. I sent her our original business plan, and during a telephone conference, she asked us if we would step up [the development of] our vaccine division and consider importing a morally produced rubella vaccine now. I hemmed and hawed a bit, and said

we weren’t planning on this until 2009, until one of AVM’s cofounders, Chris Brown, gave me a kick under the table and said, “Tell her we will do it now.” So I said, “OK, well, I guess we will accelerate our vaccine efforts.” Currently, we are putting more effort into the vaccine division than the stem cell division; however, we hope to develop both divisions in parallel.

During my interview with Debi Vinnedge, we discussed the fact that there are six tainted vaccines that do not as yet have untainted (morally licit) substitutes. Are you closing in on remedying that situation? How far off are you from closing that gap?

Dr. Deisher: AVM is negotiating to remedy at least two of those vaccines, although I cannot predict how far off we are from making moral alternatives available in the U.S. Ultimately, we will tackle any vaccine, either mandated or medically essential, for which there is not a moral version available.

The million-dollar question I ask everyone involved in stem cell work is this: If years of research and experimentation have shown that embryonic stem cells do not work and have produced no cures, while morally and easily obtainable adult stem cells do work, why the obsession with continuing the unethical human embryonic stem cell research? Is there an underlying agenda of finding something “good” resulting from abortion?

Dr. Deisher: I hear that a lot, but I don’t think that making something “good” from abortion is the driver. It may be for women who might donate an aborted fetus for experimentation, but I don’t feel that it is for those who take advantage of the abortion. I can’t tell you why people are obsessed. Is it a desire to play God? Is it a promise of increased longevity? Americans seem obsessed with the “fountain of youth,” and I wonder if this plays a role. People who don’t share pro-life values may also be reacting to being told, “No, you shouldn’t do that.” I think this clouds their reason and they persist in embryonic stem cell research out of obstinacy, perhaps.

Finally, there may also be a question of funding. With so many tax dollars set aside or earmarked for embryonic and fetal stem cell research, many scientists are driven to go where the funding is. There has also been a lot of lobbying for funding in that arena. If you think about it if the funding is there then academic institutions can access that to build capital structures, purchase lab equipment and provide opportunities for research that would not be available otherwise. So, it might not have just a moral viewpoint, but an opportunistic viewpoint as well. If there were more funding available for adult and cord blood cell research, we might not even be talking about this. Unfortunately, lots of funding is available for the wrong thing.

How do you address the confusion that results from the media often discussing “stem cell research” without distinguishing embryonic from adult or cord blood stem cells?

Dr. Deisher: Well, when I speak or write about the stem cell issue, I try to simply and transparently explain the differences in various stem cells, and I really want the audience to take home not the complex categorizations, but the knowledge that there are many sources of stem cells—some licit and some not.

I want them to know that the terminology used to label a stem cell can be misleading, and that this is a complex field that requires that they demand to know the source of the stem cells, in terms they can digest and understand.

Some politicians like to use the term “stem cell” and not define the difference, further polarizing the issue for their own gain. We have recently begun a nonprofit organization, Sound Choice Pharmaceutical Institute, [founded] in June of 2008, which will focus on educating the public on the terminology… [and] advising the policy leaders as well. The potential for adult stem cells to become commercially relevant, affordable and safe therapeutics is profoundly more promising than for embryonic or fetal stem cells even without the critical issue of morality.

What promising results are you seeing in the regeneration of human tissue from adult stem cells, which can be obtained licitly?

Dr. Deisher: As a scientist I am a great skeptic, so I only get excited about what can be considered well-designed, placebo-controlled, randomized trials or smaller trials for which spontaneous cures are never seen. I think the results of adult and umbilical cord stem cells in treating heart attack, stroke, multiple sclerosis, type I diabetes, lupus and muscular dystrophy are incredibly exciting and promising.

What I find disheartening is the lack of federal and state funding for clinical trials using licit adult or cord blood stem cells that will be widely affordable to taxpayers in general. Taxpayer money should be used to fund safe, effective and affordable stem cell therapies (those are all licit stem cells), not embryonic stem cell research, which will not provide the average American taxpayer a potential therapy that they could ever afford, much less a safe treatment.

What do you see as the future of AVM?

Dr. Deisher: Only God knows! But He has been providing us with some amazing guidance and blessings. We are asking Him to send us pro-life investors to support the mission and vision of AVM, and to provide us with supporters for our nonprofit Sound Choice Pharmaceutical Institute, who want to support the education, research and incubation of other pro-life biotechnology companies. We are continually heartened by the faith-based community [members] who “walk the walk” and “talk the talk.” It provides us with the ability to truly find “a better way,” and help others to recognize that there are options and there is opportunity for real choice.