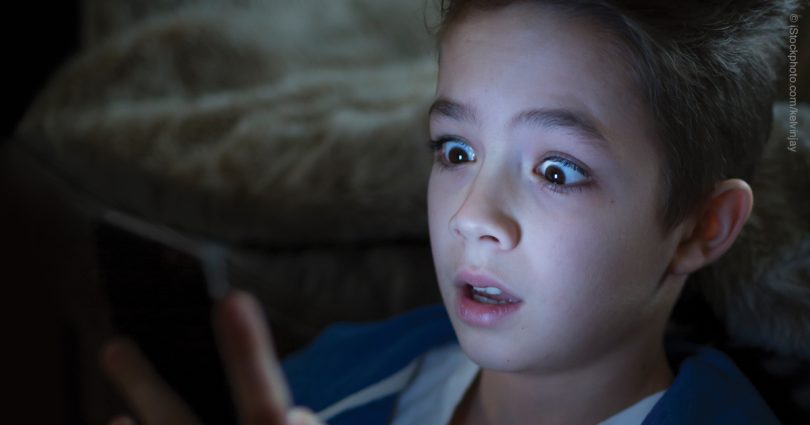 Planned Parenthood uses the following service categories: STI testing and treatment (47%); birth control (28%); other women’s health services (14%); cancer screenings and prevention (7%); abortion (3%); and other (1%). (NOTE: Just about every credible news source admits that the three percent abortion number is a gross understatement, but for the sake of this article we will just use Planned Parenthood’s numbers.)

Planned Parenthood, then, has a vested interest in promoting sex. Through the years, it has become adept at developing products and education sessions that promote sex—especially among teenagers. Marketers from tobacco companies to drug dealers know that teens, as a group, are the most vulnerable to advertising messages. If they can get teens to buy and/or use their products, the habit will carry over as the teens move into their 20s and 30s and provide a continued stream of income.

Planned Parenthood uses these same techniques as it sells its primary product—sex. Planned Parenthood currently bills itself as the nation’s largest provider of comprehensive sexuality education programs. As far back as 1952, the head of Planned Parenthood’s classroom sex education initiative, Dr. Lena Levine, said that the purpose of its sex education was to “help students obtain sexual satisfaction before marriage.” It is still maintaining that purpose.

In 1916, when Margaret Sanger and her cohorts founded what is now called Planned Parenthood, it was faced with a number of societal restrictions. These included the fact that contraception and abortion were illegal in the United States, birth control was condemned by every major church denomination, and it was against the law to send any kind of sexual information through the mail. This prohibition on mailing sex information was part of what was known as the Comstock Act. The Comstock Act in 1876 stated:

Every obscene, lewd, or lascivious book, pamphlet, picture, paper, writing, print or other publication of an indecent character, and every article or thing designed or intended for the prevention of conception or procuring of abortion, and every article or thing intended or adapted for any indecent or immoral use, and every written or printed card, circular, book, pamphlet, advertisement, or notice of any kind giving information, directly or indirectly, where, or how, or of whom, or by what means, any of the hereinbefore mentioned matters, articles, or things may be obtained or made, and every letter upon the envelope of which, or postal card upon which, indecent, lewd, obscene, or lascivious delineations, epithets, terms, or language may be written or printed, are hereby declared to be non-mailable matter, and shall not be conveyed in the mails, nor delivered from any post-office, nor by any letter-carrier.1

Clearly, the existence of this law was a major detriment to Planned Parenthood. How could it promote the “free sex” philosophies of its founder if it couldn’t disseminate information about its services and products? As part of its initial thrust, Planned Parenthood set about changing both the law and society.

One of Margaret Sanger’s first publications was entitled Family Limitation—a pamphlet/book that clearly advocated for the use of contraceptives to prevent conception of children while having sex. It even recommended an early abortion as a remedy for a pregnant woman. In January 1915, Anthony Comstock arrested William Sanger (Margaret’s husband) for distributing Family Limitation. At the September trial, Justice James McInerney said: “In my opinion, this book is contrary not only to the law of the state, but to the law of God.” William Sanger was convicted and served a short time in jail.

Sanger appealed his conviction and the case, and the decision of the appeals court provided the first break in the ultimate societal acceptance of widely distributed sexual information. On appeal, Sanger won a clarification of the New York law forbidding the dissemination of contraceptive information. The judge, Frederick Crane, established a doctor’s right to provide women with contraceptive advice for “the cure and prevention of disease.”

Margaret Sanger jumped on this opening and began setting up many birth control clinics staffed by doctors. According to biographical data reported by the Five College Archives & Manuscript Collections:

In 1923 . . . Sanger opened the first doctor-staffed contraceptive clinic in the US, the Birth Control Clinical Research Bureau in New York City. . . . [It] served as a model for the national network of 300 clinics Sanger and her supporters would establish over the next fifteen years. . . . Between 1929 and 1936 Sanger and her lobbying group, the Committee on Federation legislation for Birth Control, waged a series of court battles which culminated in United States v. One Package [1936], which overturned the old statutes by permitting the mailing of contraceptive devices intended for physicians. Sanger’s victory in this case led the American Medical Association to endorse contraception as a legitimate medical service and a vital component of medical education in 1937.2

An outgrowth of this legal maneuvering was not only the acceptance of contraception, but the elimination of laws forbidding the sending of sexual information through the mail. Planned Parenthood opened the US mail to the pornography industry in the United States. Years later, Playboy gave a $5,000 donation to Planned Parenthood and continues to support the organization today.

Many people and groups recognize the utter destruction of our culture brought about by pornography and its widespread availability, especially to minors, through the mail and the media. Yet, they overlook the significance of Planned Parenthood’s involvement in systematically striking down the enforcement of the Comstock Laws.

This obsession with pornography by Planned Parenthood grew through the 1960s and beyond as our society became more permissive. A prime illustration of its promotion of obscenity came in 1995 with the publication of
a book entitled It’s Perfectly Normal. Although the book was not published by Planned Parenthood, its author, Robie Harris, was a member of Planned
Parenthood’s National Board of Advocates. From the date of the book’s first publication, it was endorsed by Planned Parenthood executives. In the original publication, Trish Moylan Torreulla, Planned Parenthood Federation of America’s vice president for education, wrote: “This book is a boon for kids, their parents, and their teachers. The delightful illustrations and the concise, comprehensive, and shrewdly reassuring writing constitute a cheerful celebration of human sexuality and diversity that will win the spirited applause of sexuality educators around the world.”

The book, which is still in publication, is intended for children age 10 and up. The contents were clearly pornographic, but were defended by progressives in all walks of life. Planned Parenthood in Waco, Texas, held a “Nobody’s Fool” sex program for children for many years. In this program, children in grades seven through nine received a free copy of It’s Perfectly Normal.

American Life League launched several campaigns to alert people about the book. In one of these campaigns, we sent pixilated images from the book to people on our mailing list. We received a response to this mailing from a Washington state prison that would not deliver our letter to an inmate because the images from the book were “sexually explicit” and “obscene.” This material that is not appropriate for prisoners is routinely given to elementary school children by Planned Parenthood.

The same time this book was being circulated by PP, Congress was very concerned that the emergence of the Internet could mean widespread dissemination of pornography—especially to minors. In answer to this threat, Congress passed the Telecommunications Act of 1996. Title V of that act is known as the Communications Decency Act of 1996. The CDA was the first attempt by Congress to control pornography on the Internet and specifically made it a crime to send pornographic material to any person under 18 years of age or to make such material available to be seen by persons under 18.

It was Planned Parenthood and the ACLU who took this act to court and got it declared unconstitutional. Thus, the same organization that opened the US mail to pornography in the 1930s and ‘40s kept Internet pornography open to our children in the 1990s.