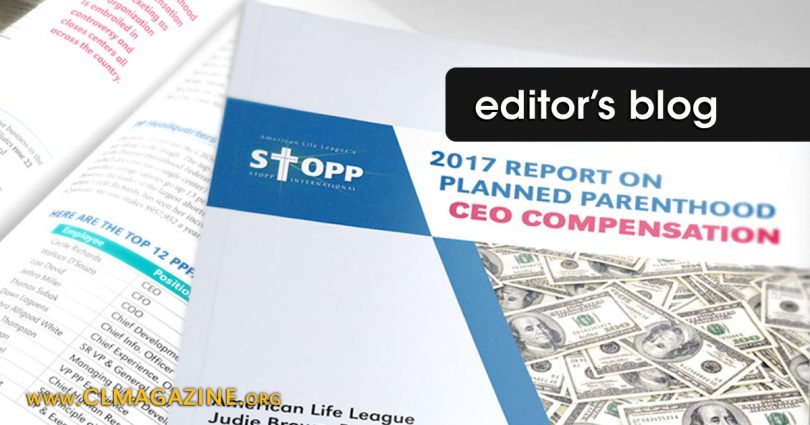 Planned Parenthood supporters and defenders often present the nation’s largest abortion chain as if it were a medical charity that altruistically serves poor people.

For example, here is a tweet from Senator Bernie Sanders:

Planned Parenthood provides an array of health care to patients across the country. They help over 2.5 million Americans each year.

Planned Parenthood mostly helps low-income people. Four out of five of those who benefit are at or below 150% of the poverty line.

Rebecca Ruiz recently wrote an article entitled “Cutting Planned Parenthood funding will be a devastating blow to vulnerable Americans” for Mashable.com. The article presents PP is some sort of desperately needed medical charity. The article ends quite dramatically with the following:

Every conversation about banning Planned Parenthood from Medicaid should go beyond that vague, bureaucratic language and focus on the people who stand to lose the most. For low-income men and women, access to Planned Parenthood may literally be a matter of life and death. If only their members of congress acted like they cared (see here).

What people like Bernie Sanders and Rebecca Ruiz NEVER talk about is how much PP CEOs make every year in their allegedly altruistic service of the poor.

Cecile Richards, the president of PP, makes $957,952 annually. But what about the other CEOs?

Nobody talks about that.

Want to know how much the PP CEO in your area is making?

Planned Parenthood and its supporters like Sanders and Ruiz do not want you to see this!