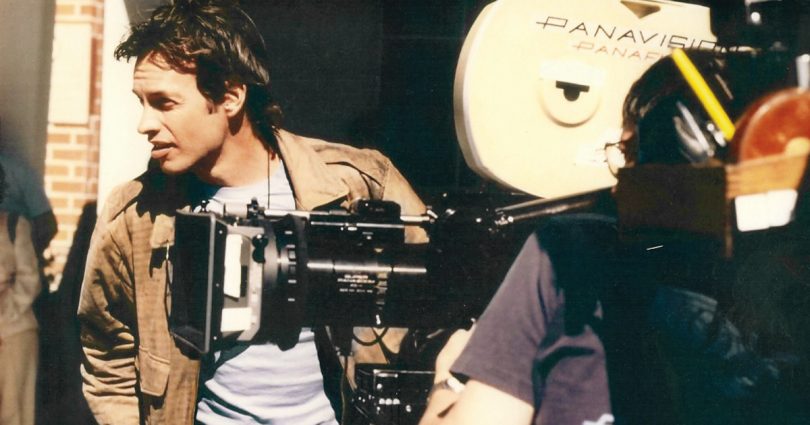 If you had grown into adulthood in Southern California during the turbulent 1960s and 1970s, chances are good that you would have been profoundly influenced by the expanding culture of death disguised as “liberation” promised by sexual promiscuity, pornography, birth control pills and abortion on demand. As a society, are we still salvageable from this culture of self-absorption or is it too late? For the past three decades, Gary Graham, a veteran actor, director, producer,author and self-described “reformed young buck” has witnessed his own generation’s indoctrination into supporting “choice” and Hollywood’s promotion of bad behavior. He recently sat down with Celebrate Life to reflect on how the sexual revolution affected his own life, how his values have been transformed in the past couple of decades and the potential for transforming the culture.

Gary was born into a stable, two-parent family in 1950, in Long Beach, California. He described his early family life as being akin to that portrayed in Leave It to Beaver. However, he did not have a sense of Christ being an integral part of family life: “We went to Sunday school, but Christ was someone we visited.” He continued, “Sex was not discussed in my family; it was more like, ‘Here’s how proper boys behave themselves,’ but we never got into the details. A young impressionable mind interpreted this as anything that gave a lot of pleasure was bad, and anything that had a lot of suffering was good, so it [abstinence] had no appeal to me.”

Gary’s acting career began in college, when he wanted to meet a girl “who was into theater, so I figured I’d give that a try.” His college life, influenced mightily by the ‘60s “sex, drugs and rock-‘n’-roll” ethos, took a turn for the worse when Gary learned his casual attitude toward sex had gotten him into a “predicament.”

“When I first learned I had accidentally gotten a girl pregnant, she only wanted my financial assistance to ‘take care of the problem,’” he recalled. “I didn’t let myself think about it much. There was a lot of self-delusion on my part and the young lady’s part as well. We didn’t dare consider what we were doing. We used what society was telling us: ‘Abortion is fine because it’s legal.’… In this new age of enlightenment, women were free and a fetus could be disposed of as one would any unwanted ‘clump of cells.’”

The cycle repeated itself twice again in Gary’s young life. He didn’t ask any of the three young women to marry him. “I don’t think they wanted me to… It [abortion] was the end of all the relationships. There was just no going on after that. We sensed what we had done [was wrong], though we would never voice it. To continue together, we’d have to revisit these feelings again.”

Gary said he’s now convinced that “men came up with the whole notion [of abortion] because it was easy for them to skirt responsibility and leave women with the baggage… We were taught that it wasn’t really a baby until it’s born.”

After college, Gary’s acting career blossomed, landing him popular including leading roles in numerous prime-time television series, such as M.A.N.T.I.S., Star Trek: Enterprise, Star Trek: Voyager, Alien Nation and JAG, as well as more than 30 movies. His focus remained on his work for more than 20 years, during which time he also authored and co-authored numerous science fiction books and movie scripts.

Despite his ongoing success in Hollywood, by the late 1980s, Gary felt “spiritually bereft and empty and used up. I… really felt I had nowhere to turn. I even had thoughts of ending my life. I haven’t told many people this. It was about that time that I was so hungry for something to give me hope, I was watching every Christian show I could find. Since I was raised Christian, I instinctively turned to it.”

While watching a televangelist’s show that particularly touched him (despite the pastor’s “hokey” style), “My whole ‘Lothario’ past [came] back to me at this time,” Gary said. “Then it hit me in an instant, like a flash… that sex was to be the highest level of intimacy between two people. I felt so lied to, that I bought into the whole thing sex without love leads to the whole culture of death… discarding human life like it’s orange peels or something… At that point, I wouldn’t have called myself prolife, but definitely pro-Christ, and I’m going to avail myself to do in my life what Christ wants me to.”

Gary married a short time later. While he watched his preborn baby’s first ultrasound, at about four weeks of gestation, the doctor said, “That’s its heart beating,” Gary recounted. “I just stared at it, amazed. It brought tears to my eyes. I knew it was a baby. I knew it was my baby. I was pretty convinced that abortion would never be an option again before that, though,” referring to his spiritual epiphany of about five years earlier.

Gary still has a very active career in film and television. He enjoys acting when the role interests him and he wants a break from directing and producing films. His daughter, Haley, is now a teenager who is considering following in her father’s footsteps as an actor. The happiness that Gary has found in marriage to his wife, Becky, fatherhood and his return to his Christian roots were evident throughout the interview.

Stepping out in faith

Over the past four years, Gary has been blogging and writing online columns, expressing views that starkly contrast with Hollywood’s prevailing secular humanism and political leftism.

In January, when Nancy Pelosi proposed spending $200 million on “family planning” (“code for abortion,” in Gary’s words), as part of the Obama administration’s economic stimulus package, it irked him to the core. So he took a considerable career risk by penning a lengthy column, occasionally sprinkled with some blunt language, titled “Flashpoint: A Woman’s Right to Choose.” According to LifeSiteNews.com (February 2), he “took an unflinching look at truths almost entirely ignored by those in the Hollywood establishment.”

Gary started off by declaring, “I’m going to say what millionsknow… in the depths of their hearts… but won’t allow themselves to think it, much less feel it… I know I’ll be hated for saying it… I’m going to say it anyway: Abortion is murder.” He ended by pointing out, “How ironic that the ‘Love’ Generation should spawn such a culturally accepted abomination as abortion. May God have mercy on us all.”

“I didn’t set out to be a spokesman for the pro-life cause,” Gary explained. “This was the first time I had sounded off [publicly] about my experiences and my feelings about abortion. It was quite therapeutic, actually.” When asked what his views are on abortion for the hard cases, he answered, “I’ve got to think that adoption is a better option than abortion in all cases.”

What was the reaction to “Flashpoint”? “I was taken aback by the overwhelming [and positive] response,” Gary reported. “I expected death threats. I expected… a tsunami of vitriol, but in 500 comments, so far, only three or four have been remotely negative. Obviously, those people are out there, but somehow they either didn’t want to think about it like I didn’t want to think about it  and articulate a rebuttal, or they’re rallying a frontal assault!”

On May 1, Gary blogged on his personal site, “Yes, I am PROLIFE. This means that I hold human life to be precious, sacrosanct, and worthy of protecting, particularly when it is an innocent baby, either newborn or preborn.”

Surprisingly, thus far, these and his other politically incorrect columns have not had a deleterious effect on his work in the entertainment industry.

About a decade ago, Gary wrote a pro-life movie script, but didn’t think the time was right to get it produced as a movie. Now that he produces his own movies, that obstacle has been removed. Moreover, the success of recent films with Christian, pro-life or pro-family themes, such as The Passion of The Christ, Bella, Juno, Fireproof and others, has now paved the way for solidly pro-life films to be accepted as viable business ventures.

Other well-known celebrities who have voiced pro-life sentiments include Margaret Colin, Robert Davi, Patricia Heaton, Kathy Ireland, Kate Mulgrew, Jack Nicholson, Jennifer O’Neill and Eduardo Verastegui. Could there be collaboration between these (or other pro-life celebrities) and a pro-life director/producer such as Gary, to create films that could help to make Hollywood the same powerhouse of influence for the culture of life as it has been for the culture of death?

At any rate, Gary hopes that his talents, experience and writing will be instrumental in promoting lifegiving values in Hollywood and beyond. During his interview, in fact, he recorded an endorsement of American Life League’s Baby Steps DVD, which shows 4-D ultrasound imagery of preborn babies from eight to 34 weeks of gestation. And he has some advice: Speak your heart always. And this: “We were given a great book of instructions called the Bible… To all the smart, cool, ‘rock-‘n’-rolly,’ arrogant young bucks who are going to reinvent the wheel, I would recommend you do it God’s way.”