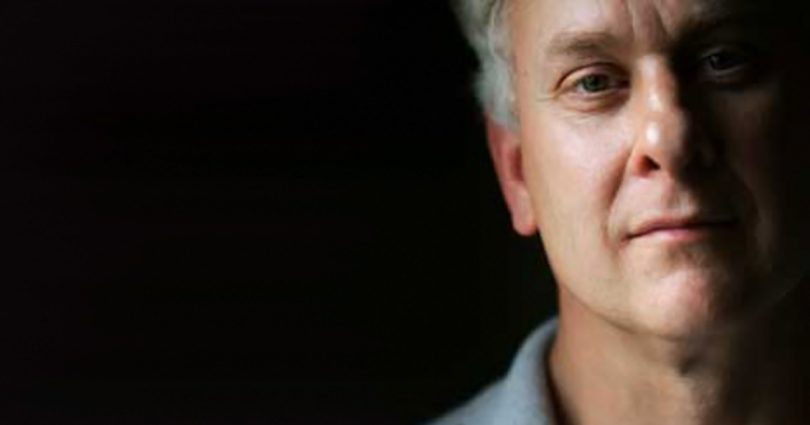 Brian Rohrbough is no stranger to controversy. After Amish girls were murdered at their schoolhouse by a crazed gunman in Nickel Mines, Pennsylvania last October, Katie Couric asked him to speak on the “free Speech” segment of CBS Evening News. And Rohrbough spoke his mind:

When my son Dan was murdered on the sidewalk at Columbine High School on April 20, 1999, I hoped that would be the last school shooting. Since that day, I’ve tried to answer the question, “Why did this happen?”

This country is in a moral free fall. For over two generations, the public school system has taught in a moral vacuum, expelling God from the school and from the government, replacing Him with evolution, where the strong kill the weak, without moral consequences and life has no inherent value.

We teach there are no absolutes, no right or wrong. And I assure you the murder of innocent children is always wrong, including by abortion. Abortion has diminished the value of children.

Because Rohrbough had dared to mention the consequences of decriminalized abortion—including the trend of young adults shooting their peers and then committing suicide—some viewers emailed the network calling him a “right-wing nut” and threatened to never again watch CBS. Still others praised CBS with comments like “[that was] one of the finest pieces I have ever heard on network news… He said all the things I have been thinking since the 60s.” So many people reacted that night, the CBS web site crashed.

Since the Columbine tragedy, Rohrbough is called upon after every school massacre, including the latest at Virginia Tech, but despite the shocking murder of his beloved 15-year-old son, Rohrbough doesn’t call attention to himself.

Brian Rohrbough runs his own business and is raising two young children with his wife Lisa. He describes himself as a Bible-believing Christian who worships God at a non-denominational church. When it comes to pro-life policy, he agrees to absolutely no exceptions or compromises.

“Most churches and most Christians stood by and did nothing when legalized child killing began—and sadly that’s still happening,” he said. “The pastor in the church my family attended said that the Bible didn’t even address abortion. I thank God that the Catholic Church was here always condemning abortion. Few others had the wisdom or courage to stand against this evil. To this day the Catholic Church has held an unwavering commitment to the God-given right to life.”

The week prior to his CBS appearance, Rohrbough began a yearlong term as president of the Denver-based Colorado Right to Life Committee, where he also caused controversy. “I asserted that Colorado Right to Life can either lead the way in protecting innocent human lives or we can follow others,” Rohrbough said. “But if we follow what most prolife groups and ministries are doing, we will not be the solution. Instead we will become the problem. Compromise and moral relativism have led to supporting laws that are intended to stop abortions but, nonetheless, end with the legal meaning of ‘do this and then you can kill the baby.’”

Rohrbough admires the good work of his predecessors, but found that the organization had strayed. In 2005, it endorsed Initiative 80. This proposal, drafted by pro-lifers, would have legally recognized “the person who is to perform the abortion,” allowing an abortionist to make a “good-faith clinical judgment” and if he said that any human fetus was not “late term,” the abortionist could kill the child.

It never got past the proposal stage, but Rohrbough stressed, “This violates the divine commandment ‘do not murder’ by recognizing the permission to kill children under the age of ‘viability.’ Should Roe v. Wade be overturned while such a law is in place, each Colorado abortion clinic would be able to use that law as the nail that keeps its door open. Our state judges could use such ‘pro-life’ laws to keep legal every abortion performed in Planned Parenthood and other abortion businesses.”

Forty years ago, Colorado became the first state in the Union to legalize abortion and, since then, some 50 million children have been killed in this country. On April 25, Colorado Right to Life marked the solemn anniversary with its event “40 Years in the Wilderness,” featuring Brian Rohrbough, Ambassador Alan Keyes, American Life League president Judie Brown, Operation Save America director Rev. Flip Benham and Pastor Bob Enyart, who hosts a pro-life radio program weekdays on KGOV.com at 5 PM ET.

As president of Colorado Right to Life, Rohrbough requested that all members sign a pledge stating they will support no law or judicial ruling which permits the killing of innocent persons. Essentially, it’s a more detailed version of Colorado Right to Life’s 1973 mission statement to bring about a Colorado human life amendment that would protect innocent human persons from the moment of conception until death. A few longtime members refused to sign the pledge stating that the organization has never compromised. However, Rohrbough revealed, “We receive more signed pledges every week. Many pledges and new memberships are from people in other states. We have seen an increase in financial donations from my letter ‘The Plank,’ which explained why we can never compromise God’s commandment ‘Do not murder.’”

Rohrbough also gave Colorado lawmakers public policy guidelines so they know upfront what Colorado Right to Life will and will not endorse. This “Statement of Values” is posted online at ColoradoRightToLife.org.

Brian Rohrbough doesn’t care if some call him a right-wing nut; actually, he takes it in good humor. When I asked whether he wanted serve another term as president of Colorado Right to Life, he said, “It’s not about me, it’s about protecting all innocent human life from conception through death. A change in the pro-life movement is sweeping across this nation. It’s based on the knowledge that we must honor God and no longer follow the failed strategy of compromise by elevating man’s law over God’s law. We need the very best uncompromising leaders that we can get. There may well be a better person for president and, if so, I will gladly step aside to support that person because we must end the evil of abortion.”

Just 14 months after losing his son Daniel, Brian and Lisa Rohrbough were expecting a baby. About 20 weeks after conception, Lisa was diagnosed with HELLP syndrome, which endangered the lives of both mother and child. Lisa was told to prematurely deliver the baby in order to save her own life, but she refused because she wanted to give Joshua every chance to survive. When Joshua developed signs of distress, delivery became the only chance of saving his life. Since Lisa is a nurse, she knew that induced labor would have killed him, therefore she demanded a C-section. Tiny Joshua, who fit into his father’s palm, lived for 28 hours smiling and literally reaching out to his parents, who are deeply grateful to have known him.

In 2005, Brian and Lisa told this story to doctors and nurses at the Perinatal/Neonatal Medical Ethics Conference, emphasizing that the taking of any innocent human life is murder. During the moving account, they asked the doctors and nurses to always honor patients’ lives, even if the only option is not hastening death.