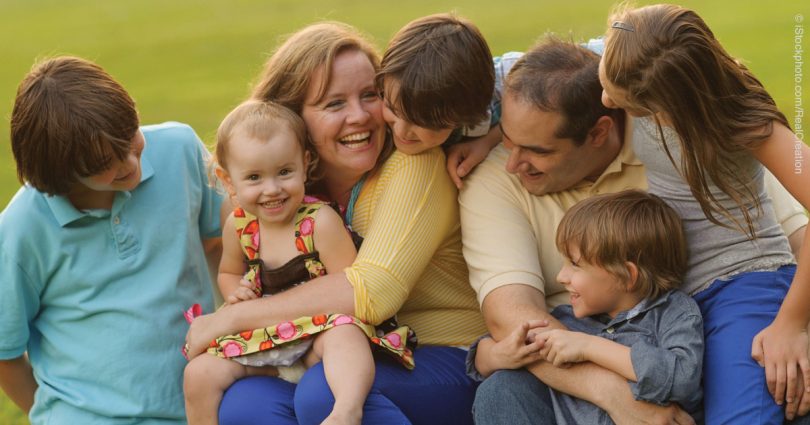 Certainly sons are a gift from the Lord, the fruit of the womb, a reward. Like arrows in the hand of a warrior are the sons born in one’s youth. Blessed is the man who has filled his quiver with them. He will never be shamed for he will destroy his foes at the gate. Psalm 127:3-5 (NABRE)

Our children are a gift from God, but we as a nation have permitted our preborn children to become pawns in the hands of power-hungry politicians who allow mothers to kill their children at will. The pro-life community must come together as one and refuse to be pitted against one another in our final objective, which should be for abortion to be considered unthinkable under any circumstances, not just some. It is when we concede on one circumstance that we become weaker on others.

Our nation is sharply divided in regard to abortion, and the devil is surely pleased. We know that it is truth that will unite God’s children about abortion, and that is precisely why the facts have been meticulously laundered through social media to the American people. Fortunately, the truth needs no tactic other than being presented tactfully, and that means speaking the truth in love—a love for the human family that recognizes the humanity of a human being at every stage of life, from creation until death. Women contemplating abortion need our love, not our condemnation.

Abortion has been served to the American people as healthcare, as a fundamental human right, and as a woman’s right that is under imminent attack. Healthcare should save a life. It should not dismember or poison it. A preborn baby is not a clump of cells, but a human person from the very first moment he is created. And science confirms this! Abortion violates this most basic fundamental human right by literally snuffing out a life.

Jesus condemned no one, but He clearly commanded the recipients of His miracles to go and sin no more. In my opinion, the sin of abortion falls on the heads of those who have manipulated and lied to the public about the reality of abortion for monetary gain or political power. These same groups today continue to deceive the public with their phony euphemisms such as healthcare, empowerment, choice, or reproductive rights, and they attempt to convince the public that abortion is something that we as a nation need to fight for.

The simple truth is that abortion under any circumstance kills a preborn baby and is detrimental for women. Abortion traumatizes a woman’s body, her mind, and her very identity as a woman. When people refer to abortion as a medical procedure or as healthcare, they mask its true purpose, which is death. Any medical procedure that ends in death should not be referred to as healthcare and should be considered gross medical malpractice.

As a nation, we decry violence—violence in our schools, violence due to racism, and violence against women. Yet we permit violence against the most vulnerable of all—the preborn baby. This type of violence begets violence. Just as an abused child often becomes an adult who abuses, so the nation that permits the murder of its preborn citizens will pass such laws permitting the murder of people who have been born. Euthanasia—also called mercy killing—threatens the terminally ill or aging members of our human family.

The pro-life movement is not only about saving babies, which is undeniably a wonderful thing, it is about informing the public—especially women—about the truth of abortion, which has been grossly misrepresented for over 40 years and which has systematically annihilated over 61 million Americans to date, not counting those killed by contraception and in IVF or artificial reproduction labs. In addition, it has physically, psychologically, emotionally, and spiritually traumatized more individuals than we can ever begin to count.

Abortion affects not only women, but it also affects the man who has little say in the decision. It affects future children who must come to terms with the reality that their mother aborted a sibling. It affects grandparents who have been denied the gift of a grandchild. And it affects friends and family who may have counseled the woman to have the abortion and who must now live with their part in the decision.

There is just no way to measure the far-reaching devastation of abortion, but we can work together to repair the damage that has already been done. We can do this by funding authentic pregnancy care centers that support a woman before and after she gives birth to her baby. Places like A Woman’s Concern—a pregnancy care center in Lancaster County, Pennsylvania—offer such services and more. Just as important, we need to recognize the need for extensive trauma counseling for the women who have had an abortion, as well as for family and friends who may also be in need of such help.

If we as a nation would fund authentic pregnancy care centers and mental health providers as aggressively as we have funded organizations like Planned Parenthood, our nation might again see a respect for all human beings—born and preborn. It might see these children as a gift from the Lord. And like the arrows in the hand of a warrior, our children will be the pioneers of a culture of life, not one of death.

Tanya Janoski is a freelance writer from Lititz, Pennsylvania. She is currently enrolled in the Formation Ministry of Spiritual Direction through the Diocese of Harrisburg and also volunteers as a third-grade catechist at St. James Catholic Church. Tanya continues to educate herself in the Catholic faith so that she may communicate to others the truth and beauty of the faith through her writing. Read her other works on her public blog entitled Tanya Lynn Devotionals at www.facebook.com/tanyalynndevotionals.