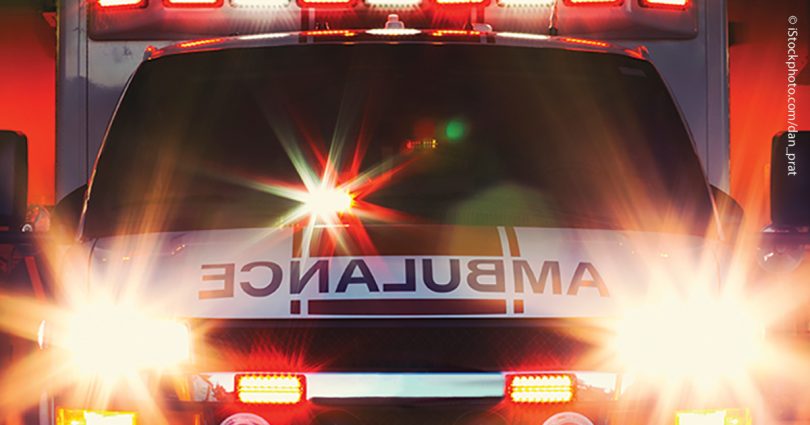 To say they have a notorious reputation around Columbus is an understatement. And it’s well known that both have enjoyed staff admitting privileges at the local Catholic hospital system.

According to its website,“Mount Carmel is a proud member of Trinity Health, the fourth-largest Catholic healthcare system in the United States.” As such, it must abide by the US Conference of Catholic Bishops’ Ethical and Religious Directives for Catholic Health Care Services.

Directive 45 stipulates, “Abortion . . . is never permitted. . . . Catholic health care institutions are not to provide abortion services, even based upon the principle of material cooperation. In this context, Catholic health care institutions need to be concerned about the danger of scandal in any association with abortion providers [emphasis added].”

The pro-life faithful have prayed, peacefully protested, and pleaded with the bishops of the Catholic Diocese of Columbus and Mount Carmel Health System’s administrators to prohibit abortionists from having access to the hospitals.

Helping to keep abortionists in business?

Some might argue that, although the Samuels haven’t committed abortions in these Catholic hospitals, in reality, they have aided and abetted these abortionists.

Dennis M. Doody, MD, a pediatrician on staff at two Mount Carmel hospitals, explained this to Celebrate Life Magazine: “It’s advantageous for Milroy Samuel to have privileges at Mount Carmel, because he can then just admit his own patients. His CHW business probably also benefits from his association with a reputable Catholic hospital system.” Dr. Doody has been in practice in Columbus since 1977.

Voices crying in the wilderness

This past summer, a local pro-life group staged silent protests at the two Catholic hospitals to call attention to their connection with Milroy Samuel. But administrators seemed defiant in the face of increasing public pressure to end it.

All physicians within Mount Carmel Health System must comply with all medical staff
policies, procedures and bylaws to be credentialed to practice at Mount Carmel. Adherence to and understanding of the [USCCB’s] Ethical and Religious Directives for Catholic Health Care Services within Mount Carmel facilities is an essential part of this credentialing process.

When asked if it follows the USCCB’s directives pertaining to abortion, contraception, and other matters concerning the sanctity of life, Trinity Health (Mount Carmel’s parent organization) issued this statement: “CHE [Catholic Health East] Trinity Health adheres to the Ethical and Religious Directives of the USCCB.”

The Catholic Diocese of Columbus, led by Bishop Frederick Campbell, responded similarly, when asked about Mount Carmel’s employment of an abortionist:

The Catholic Church steadfastly believes that human life, both before and after birth, has inherent dignity; policies and directives at Mount Carmel are in place to ensure all health professionals providing care at their facilities remain mindful of their duty
to respect not only Church teaching, but the Church’s belief in the fundamental dignity of their patients. We urge the faithful to continue to pray that all touched by the ongoing tragedy of abortion in our nation will reflect on Christ’s teachings for guidance and comfort.

Local Catholics say they’ve received the same type of response from three successive bishops, starting in the 1970s after the Supreme Court decriminalized abortion. Dr. Doody, who is also a faithful Catholic, is among those who have asked the diocese to ensure that Church teaching on abortion—and any association with abortion—is obeyed at local Catholic hospitals.

“Milroy Samuel is probably incorrectly filling out the attestation statement, or he is filling the papers out correctly but falsely, because, of course, he does not agree with the Catholic directives, and Mount Carmel chooses to look the other way,” Dr. Doody commented.

He believes Mount Carmel clearly has an obligation to enforce its guidelines and that other Catholic pro-life physicians should also insist on this: “The Samuels are publicly known as abortion center owners. The medical staff board, the medical staff president, and the hospital administration should contact Milroy confidentially and tell him he should come in for an interview and ask him, ‘What is the nature of your practice? If you’re not following these documents, you can’t have admitting privileges here anymore.’

Dr. Doody also opined that the Samuels’ abortion business has continued to exist not only because of its transfer agreement with Grant Medical Center and Milroy’s association with local Catholic hospitals, but also because the Samuels are willing to work with the poor while some professed pro-life doctors do not: “Pro-life doctors often say they won’t take Medicaid. The Samuels are often the only port in a storm for these poor people,” he explained. “I’m glad that Pope Francis has said something about assisting the poor. This is a key thing, because I think it helps the Samuels thrive.”

Dr. Doody has risked his professional success by publicly defending Church teachings and, at times, has suffered for doing so. For instance, while teaching at a state university medical school, a student complained to the administration about Dr. Doody displaying, in his office, a picture of the Madonna and Child, and a prayer card to end abortion. He was reprimanded and suspended from his teaching position when another student complained because Dr. Doody asked him about his understanding of when life begins and ends.

Dr. Doody and other pro-life doctors—especially those who don’t prescribe contraceptives or who avoid practicing with others who don’t share their beliefs—need the support of patients to keep their practices viable and to change the culture. “When Church leaders and physicians don’t openly support Church teachings on life, that is really rooted in fear,” he pointed out. “They should call upon the virtue of fortitude to surmount that fear and proclaim the truth openly.”

On August 28, shortly before this article went to press, Greater Columbus Right to Life announced it had confirmed that CHW would not be committing “abortions after this week. . . . The Ambulatory Surgical Facility License at CHW is set to expire on August 31 and does not appear to be in renewal.” And on August 30, the Columbus Dispatchreported, “Dr. Mervyn J. Samuel and his son, Dr. Milroy J. Samuel, did not return calls seeking comment. A clinic worker said the practice, which opened 40 years ago, is not closing, but surgical abortions would no longer be available after today.”

However, according to the Ohio Department of Health, CHW has recently applied for the renewal of its main facility’s license. (Interestingly, state health department records show the facility’s name as Cleveland Avenue Professional Center, rather than Complete Healthcare for Women.) Also noteworthy is the fact that, even after the Samuels were reported to be ending their abortion business, the CHW website was still advertising several types of medical andsurgical abortion. More time and further verification are thus needed to determine whether Mervyn and Milroy Samuel have actually and permanently stopped killing preborn babies.

What you can do when a Catholic hospital goes astray

In many areas around the country, hospital administrators, bishops, clergy, and religious have stonewalled those people who try to effect positive change when a medical facility violates Catholic teachings and directives pertaining to the sanctity of life. That can be frustrating and discouraging. But here are some suggestions for fraternal ways to make an impact:

•Pray for the conversion of abortionists, and for hospital administrators to recognize they’re cooperating with the violation of Christ’s teaching and the natural law when they grant staff privileges to abortionists.

•Start a letter-writing or phone-call campaign to the local bishop. Let him know that there are more than just a few lone voices requesting that he enforce the US Conference of Catholic Bishops’ Ethical and Religious Directives for Catholic Health Care Services. Ask the bishop to warn these health care facilities that if they fail to adhere to the directives, they will be stripped of their Catholic identity.

•Start a similar letter-writing or phone-call campaign to the CEO of any Catholic medical facility that grants staff privileges to known abortionists or allows an on-site pharmacy to dispense contraceptives. Demand that the administrators of Catholic hospitals require these doctors to comply with attestation statements binding them to follow the USCCB’s directives.

•Use social media to spread the word that a local hospital is affiliated with abortionists, or try to generate awareness through social media campaigns that will draw the attention of local secular media.

•Contact parent companies of local hospitals to voice concerns about actions and policies concerning the sanctity and preservation of life. The parent companies should also be pressured to follow the USCCB’s directives and ensure that their hospitals do the same.

•Support medical professionals whose practices reflect uncompromised pro-life principles—not only in obstetrics and gynecology but also in pediatrics, family practice, internal medicine, and pharmacy. Doctors who don’t prescribe contraceptives, but are in practice with those who do, should be encouraged to establish an independent practice. Catholic doctors often struggle to sustain their practices if they don’t receive support from patients who respect the sanctity of life.