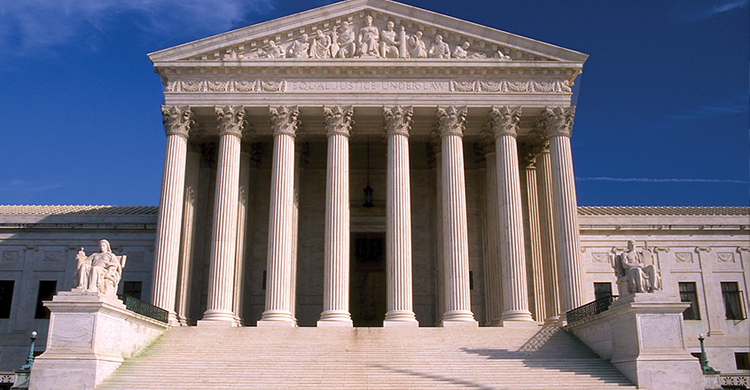 The Fourteenth Amendment to the US Constitution says in part: “No State shall . . . deprive any person of life, liberty, or property, without due process of law; nor deny to any person within its jurisdiction the equal protection of the laws.” In the 1973 Roe v. Wade abortion decision, Justice Harry A. Blackmun, joined by six of eight other Supreme Court Justices, concluded that “the word ‘person’ as used in the Fourteenth Amendment, does not include the unborn.” At the same time, Blackmun conceded that if Texas’s assertion that “the fetus is a ‘person’ within the language and meaning of the Fourteenth Amendment” is established, . . . “the appellant’s [pro-choice] case, of course, collapses.”

In a recent (May 2017) article in the Harvard Journal of Law and Public Policy entitled “Protecting Prenatal Persons: Does the Fourteenth Amendment Prohibit Abortion?,” Joshua J. Craddock establishes the fact that the fetus is a person and has been so considered in law for a long time. In a scholarly work with 198 footnotes, in which he refers to nineteen prior critiques of Roe v. Wade and more than 30 related court cases spanning over 200 years, Craddock causes the pro-abortion case to collapse with a resounding thud.

Craddock suggests that when Blackmun said, “We need not resolve the difficult question of when life begins,” he dismissed what should have been the primary focus of the case (What is the nature of the preborn individual whose alleged rights to protection we should or need not recognize?). Outlining his strategy for determining whether the Fourteenth Amendment was meant to include the preborn as persons, Craddock proceeds to determine 1) the meaning of the words used when the Fourteenth Amendment was ratified in 1868, 2) what the common-law precedent regarding the preborn and abortion was prior to that time, 3) what inferences might be drawn from state practice regarding these matters, and 4) what the anticipated legal application of the Amendment was after its adoption. Some examples of the results of applying this analytical strategy follow.

The meaning of the words when the Amendment was ratified

Craddock notes the word “person” in general dictionaries of the time was used interchangeably with “human being.” Thus, Alexander M. Burrill’s 1851 dictionary defined “person” as “[a] human being, considered as the subject of rights, as distinguished from a thing.” Webster’s 1864 dictionary defined “person” as relating “especially [to] a living human being; a man, woman, or child; an individual of the human race.” Moreover, no dictionary of the era referred to birth as the event which signals the onset of personhood.

The writings of the 18th century English legal scholar, William Blackstone, also indicated that in a legal sense, “person” included all human beings. He wrote that “natural persons [i.e., human beings] are such as the God of nature formed us.” He also stated that “life is . . . a right inherent by nature in every individual; and it begins in contemplation of law as soon as an infant is able to stir in the mother’s womb.” Naturally, Blackstone did not have our current scientific understanding, as we now know that a preborn child is a person from his biological beginning as a single cell, with his own DNA, before even implanting in his mother’s womb; however, Blackstone was correct that “person” legally includes all human beings, which includes the preborn.

Quoting other legal scholars who have investigated these questions, Craddock states: “By the time of the Fourteenth Amendment’s adoption . . . nearly every state had criminal legislation proscribing abortion” (John D. Gorby); and “there can be no doubt whatsoever that the word ‘person’ referred to the fetus” (James S. Witherspoon).

Hence, in 1868, “the states widely recognized children in utero as persons. Twenty-three states [of 37] and six territories referred to the fetus as a ‘child’ in their statutes proscribing abortion. At least twenty-eight jurisdictions labeled abortion as an ‘offense against the person’ or an equivalent criminal classification.” Contemporary science demonstrates that the preborn person begins prior to implantation in utero, but this does not change the original intent of state laws.

Moreover, in dealing with abortion laws, several states “left clear documentary evidence about their legislative purposes, which shed light on how lawmakers viewed the relationship between” the statutes and the Amendment, both being understood as protecting fetal life.

Given the above historical record, how did the Roe Court deny the conclusion that the preborn are “persons” protected by the Fourteenth Amendment? Craddock’s main points are that:

As he noted early in his article, this conclusion precludes a “state’s rights” approach to the legality of abortion. Hence, even the analyses of Roe’s two dissenters, Justices William Rehnquist and Byron White, as well as the later analyses of Justice Antonin Scalia, are constitutionally unsound, since they would allow individual states to formulate their own abortion laws, some of which would allow abortion, and would therefore violate the Fourteenth Amendment’s guarantees.

How soon might we expect Roe v. Wade to be overturned, then? If I were not a realist, I would say, “As soon as the nine Justices of the Supreme Court read Craddock’s article.” Being a realist (but not a lawyer), however, I would think that a majority ruling could overturn Roe, even with the Court’s present composition, which now includes Justice Neil Gorusch.

We should work for the repeal of Roe v. Wade, and for more support for mothers with unexpected or problem pregnancies. To dampen the unrest that may result when Roe is overturned, inform others (particularly those who support legal abortion) of the above facts, and familiarize them with Joshua J. Craddock’s work, which is available online. (For my earlier critique of Roe, entitled, “Roe v. Wade: A Bad Decision Yields Terrible Consequences,” go to RTLofNEO.com, click on Issues, Abortion, and scroll down).

Raymond J. Adamek, PhD, is a retired professor of sociology from Kent State University in Kent, Ohio, and has published over 25 articles on life issues in professional journals and other outlets. He has been active in the pro-life movement since 1972.