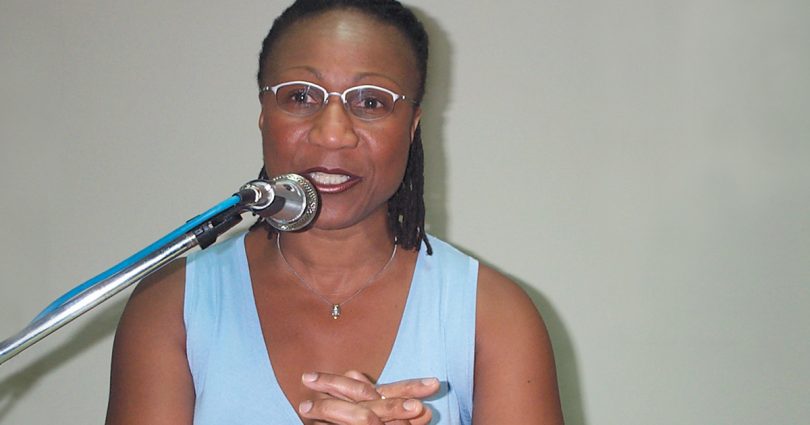 In the United States of America, abortion as a legal industry was built on the Supreme Court’s Roe v. Wade and Doe v. Bolton decisions. Those decisions were built on lies and deception. The same type of deception maintains the abortion industry today in many, many different ways.

Abortion affects everyone in society. Every abortion affects a baby, because it kills the child. Sometimes, in cases of “selective reduction,” it kills more than one child. It affects the mother with physical and mental harm. It affects the rest of the family too. Today’s young people may be familiar with what we refer to as the abortion-surviving generation, because a lot of today’s youth have siblings or relatives that died by abortion.

So abortion has a wide impact on society. But many people haven’t stopped to consider how abortion affects the doctor. The question is: What makes a wel-meaning medical student get into the abortion industry?

I hope you can learn from my past experiences and see how lies and deception can get someone to do things that are against his or her moral and ethical standards.

One compromise leads to another

My husband Dr. Haywood Robinson and I are part of the Texas A&M University Medical School. Many of the applicants to the school are Christians and in their personal statements they say that they want to live as Christians.

One of my favorite questions to incoming medical students is, “How would you handle a situation if, while you’re in residency or medical school, your chief resident or your attending professor says to you, ‘Let’s go into this room and see this abortion.’ What would you do?”

One young lady recently said, “Well, you know, I don’t believe in abortion, but I’ll go into the room.”

So I asked her, “Don’t you think you have a choice as to whether you go into that room?” And, interestingly, most of the students coming in are under the impression that if they try to rock the boat, or report openly their pro-life stance, it will affect them adversely in their training and their grades. But compromise begins just by going into the room and looking at an abortion. We have a saying in medicine, “You see one, you do one and then you teach one.”

Watching the first abortion begins the deterioration of a physician’s life. Typically the first abortion a medical student sees is quite upsetting because he or she knows that the life of a little baby is being destroyed. Typically, it is a first trimester baby. After the abortion, the student is required to examine the remains of the child who has been sucked out of his mother. The med student sees little hands, feet, ribs and the skull of the child in a glass jar. Therefore, during his first witness of an abortion, the student would be in touch with the humanity of the baby.

Then something happens. The student figures, “Okay, I’ve seen one.” Then he may go to see another abortion and then, all of a sudden, he won’t see the little hands and toes anymore. All of a sudden, the lie that the child is just a blob of tissue in a jar somehow becomes a reality and the student will disassociate himself from the humanity of a living unborn person.

Once the humanity of the fetus is dismissed, then other things start happening to the physician. The physician becomes desensitized to the whole procedure itself—desensitized to the extent that he is challenged to do more difficult abortions. So rather than sticking to first-trimester abortions, he can gain status among abortion providers if he can perform the later-term abortions. If you can perform a 16-weeker that’s a little outside of the first trimester, you get status in the industry, but you will see bigger pieces of human parts. During later term abortions, instead of being able to get everything through the suction tube, you then have to use crushing devices to pull feet and hands and the skull out of the mother. And so you become desensitized. You’re able to do these later-term abortions and you start rationalizing to make all of what you’re doing morally acceptable. Those of us who have done abortions rationalized that we were doing a big service because few physicians go into the abortion industry.

Dueling powers When Haywood and I graduated from medical school, all doctors took the Hippocratic Oath. By that oath, we swore never to give a deadly drug or to cause an abortion. But over the past 10 years, most medical schools have wiped those conditions out of the oath.

Even though all doctors swore to uphold the Hippocratic Oath when my husband and I trained, the majority of hospitals that offered residency training in Ob/Gyn actually provided abortions. Then in the 1990s, when pro-life activism became more widespread, suddenly doctors didn’t want their reputations hurt by performing abortions, so fewer and fewer doctors would do them. Because pro-life patients wouldn’t go to hospitals where abortions were committed down the hall from where their surgery was done, many hospitals stopped providing abortions.

Then the American College of Obstetricians and Gynecologists got into the act by pushing legislation that would force hospitals to perform abortions as an accreditation requirement. It didn’t pass and now the law protects training physicians from being forced to perform abortions.

In order for abortionists to live with themselves, I think they actually enter into a state of delusion— a kind of schizophrenia—where they have to believe they are doing something good. Therefore, some present themselves as advocates for women’s rights. Some claim they are “helping women” when so few doctors will do abortions. That, along with big incomes, pumps up their egos. In fact, I made an extra $70,000 a year moonlighting as an abortionist.

Secular society strives to make abortionists comfortable in what they do. These days with partial-birth abortion, the market for fetal tissue and organ transplantation is wide open. Partial-birth abortions allow doctors and abortion clinics to sell human parts for stem cell research, fetal research and genetic engineering—all in the name of eliminating pain, curing people and making ideal humans.

In the midst of this, a little voice reminds doctors that abortion is wrong—it isn’t what physicians are called to do. In reality, nobody wants to be branded as an abortionist because his peers consider him the scum of the earth. Thus, in order to escape the reality of what they do, a lot of abortionists, probably a majority of them, indulge in drugs and alcohol, plus promiscuity.

However, there is always that little voice that the Lord plants in each one of us. In order for a doctor to continue doing abortions, he has to silence his conscience because it is not God’s will that anyone kill babies.

I have talked about the process that turns a well-meaning physician into an abortionist, but what stopped me from doing abortions?

When my husband and I finished residency, we moved to Bryan-College Station, Texas, which is a conservative area. And one of the things that a doctor does when she starts a medical practice is to introduce herself to other members of the medical community. So I went to visit one of the older Ob/Gyns in the community. I guess he knew I was coming from Los Angeles—a pretty liberal place where abortion was widespread. So he said, “Dr. Johnson, are you planning to do abortions?”

Then he said, “Well, if I were you, I’d tread pretty slowly on that. You know, you don’t want to be called ‘the abortionist’ in town.”

That hit me like a dagger. It made such an impact on me because I wanted to be a respected physician in the community. However, I was still in the state of delusion and I thought I should make abortion available to women in desperate situations. I decided I wouldn’t publicize it; I would just provide abortions to close patients and friends who I thought could keep a secret. But one day a colleague down the street from my practice sent a patient to me for an abortion. And it startled me, “How did he know that I did abortions?” All of a sudden my reputation was on the line and I decided to quit doing abortions.

Soon afterwards, Haywood and I became Christians and our involvement in the whole industry was brought to the forefront so we felt the necessity to repent before God. And that began the healing process.

Doctors who have performed abortions need to go through a healing process, because we have to reverse all of this junk and trash and become re-humanized, re-sensitized to patients. Many people helped us along to where we are right now, physicians who can educate other upcoming colleagues, spread the word to those who don’t know about the humanity of the preborn baby from conception straight through the end of natural life. And of course, the Lord has been able to use us in many other arenas where our background and training has been used to touch the lives of other people.