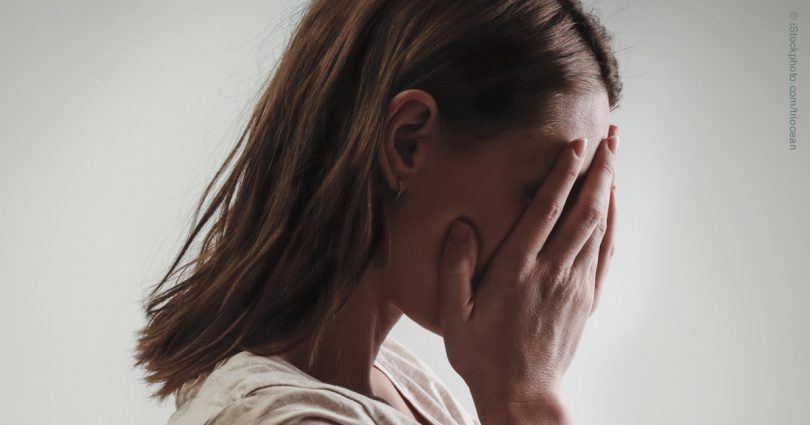 Though the subject doesn’t get much press or publicity, legal abortion—aside from being deadly for the baby—is also dangerous for the mother. Over the years, groups have compiled information, examined data, and analyzed reports. The results are disturbing. While some may teach that abortion is safe for the mother, we understand that this is far from the truth.

The most recent (November 27, 2020) Abortion Surveillance report by the CDC, covering 45 years from 1973 through 2017, indicates that, out of 519 maternal deaths, 86.1 percent resulted from legal abortion, 11 percent from illegal abortion, and 2.9 percent from abortions in which the legal status was unknown.1 Hence, on average, legal abortion accounted for almost 10 maternal deaths per year, which might suggest that legal abortion is quite “safe,” given the number of annual abortions performed. However, we should note that not all states give information about abortions to the CDC. A 10-year review (2007 through 2016) of CDC reports indicates that California, Maryland, and New Hampshire did not report. The current CDC report says that, according to the Guttmacher Institute, in 2017, these three states had 19 percent of the nation’s abortions.2 Furthermore, the CDC has noted that its annual reports yield only 68-71 percent of the abortions reported by Guttmacher’s survey of clinics.3

Two earlier studies (1996) of the abortion industry found that many abortion-related maternal deaths were unreported by the CDC. In Victims of Choice, Kevin Sherlock, an investigative reporter who examined newspaper articles and public records in county courthouses, coroners’ offices, and morgues, found that there were 30 to 40 percent more abortion-related maternal deaths during 1980-1989 than CDC figures indicated.4

In his book Lime 5, Mark Crutcher found that 23 maternal deaths had been reported to state agencies between 1992 and 1993, although the CDC lists only 16 for this period. Crutcher also found that, at the time of his investigation, out of 68 upper-level employees at the CDC, 34 had obvious connections with the abortion industry, including 17 practicing abortionists, two of whom served terms as head of the Abortion Surveillance Branch.5

More recently, in the Spring 2020 issue of The Human Life Review, Robert G. Marshall states in “Abortion, Women, and Public Health” that the CDC “has historically (and to this day) provided less-than-complete abortion complication reports.”6 He notes six stratagems by which abortion complications and/or maternal deaths are kept out of official statistics:

Hence, from this point onward, one type of abortion-related maternal death is simply not counted!

In 1989, Marshall and a public health professor contacted 1,087 Virginia physicians who did not perform abortions and asked if they had treated any complications, primarily within 24 hours, of an abortion occurring that year. The 75 doctors who responded (seven percent) reported 230 abortion complications. Virginia health officials, relying on the abortionists’ reports based on a similar number of total abortions in the previous year (1988), listed only 34 complications.

Operation Rescue is one of the nation’s leading, pro-life Christian activist organizations. Its members work peacefully to uncover poor conditions and other wrongdoing inside abortion clinics, with the intention of exposing these transgressions to the public.

Operation Rescue’s president is Troy Newman, who, along with David Daleiden and others, founded the Center for Medical Progress—the organization that made undercover videos documenting Planned Parenthood’s participation in the illegal sale of fetal body parts and the abuse of patients’ rights. Cheryl Sullenger serves as senior vice president of Operation Rescue. She has conducted extensive research on abortionists in the United States. Her research and documentation have been instrumental in bringing disciplinary action and criminal prosecutions against several abortionists.

Sullenger told this writer that, with the help of volunteer abortion clinic watchers and follow-up investigations, Operation Rescue has documented 389 medical emergencies at abortion clinics requiring ambulance transportation to hospitals from 2015 through 2019—an average of 77.8 per year. These most often involved photographic evidence of the incidents and follow-up records of 911 calls. These emergencies are still only a fraction of the total, however, since not all clinics are observed, and not all observed are watched all the time.

Hundreds of studies in the medical literature, both domestic and foreign, have found that legal abortion increases the risk of negative health consequences for women. Other than immediate injury in botched abortions, the consequences for women include increased risk of both physical and emotional maladies.9 Finally, legal abortion also increases the risk of preterm births for future children, whether wanted or unwanted. In 2018, preterm birth and a low birth weight accounted for some 17 percent of infant deaths. Moreover, babies who survive have an increased risk of breathing problems, feeding difficulties, cerebral palsy, developmental delay, and vision and hearing problems.10

It is evident that the pro-choice movement seeks to keep this information from women.11 Marshall concludes, however, that this situation can be remedied by legislation mandating that accurate information be recorded, and once such data is available, it can be used to “undermine and reverse” Roe v. Wade’s “lethal effects.”

Raymond J. Adamek, PhD, is a retired professor of sociology from Kent State University in Kent, Ohio, and has published over 25 articles on life issues in professional journals and other outlets. He has been active in the pro-life movement since 1972.