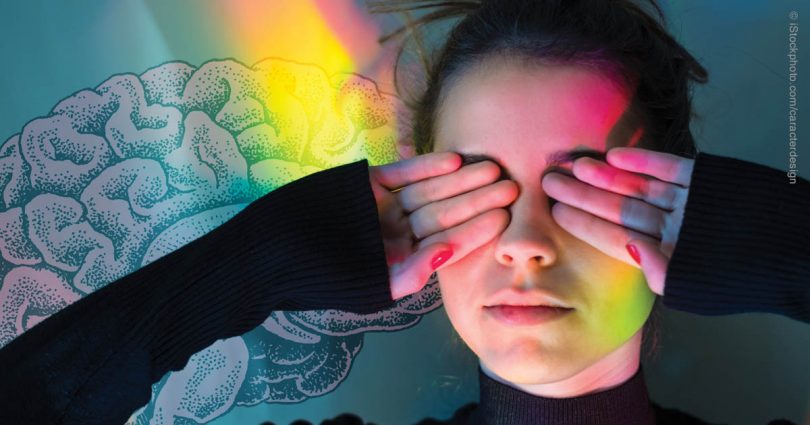 A friend and I were recently discussing abortion with a young lady. In that conversation, we emphasized the importance of reason. She was intrigued by what we were saying, and the subject seemed entirely new to her. Looking at us with a sense of expectation, she asked, “What is reason?”

Supposedly, we are rational creatures. Reason should not be alien to us. However, our culture often stresses feeling to the point of excluding reason—or at least dimming our awareness of what reason is. I do not think that our response to her question was very satisfactory.

Reason, to put it in simplest terms, is the passage to reality. Without utilizing reason, we remain stranded within ourselves, dislocated from the shores of reality. How does such an anomaly come about?

The Greeks, who advanced philosophy, were aware of a condition called “scotosis.” The word is defined as “intellectual blindness” or “the hardening of the mind against unwanted wisdom.” Psychologists sometimes refer to it as “cognitive dissonance.” Even members of the Supreme Court can be stricken with scotosis.

Amma Syncletica was a Christian saint and “desert mother” from Alexandria in the fourth century. She sheds some important light on the subject. “It is impossible for us,” she states, “to be surrounded by worldly honor and at the same time to bear heavenly fruit.”1

We cannot expect to be mired in the City of Man and represent the wisdom of the City of God. St. John Paul II warned his beloved priests that, “in the absence of deep inner life, a priest will imperceptibly turn into an office clerk.”2

Reality is what existed before we arrived. Therefore, in no sense does it depend on us. In a sense, reality is “opposed” to us. If we are to know anything in its truth, it is that which is outside of us that we know. Johann Wolfgang von Goethe put it clearly when he said: “In our doing and acting everything depends on this, that we comprehend objects clearly and treat them according to their nature.”3

If we are to be realistic, we must see things in their objectivity.

When Christ says, “Whoever has ears to hear ought to hear,” He is distinguishing between perception and understanding (Mark 4:9, RSV). The mere use of the ear is perception. But perception is not the same as understanding what Christ is teaching. Those who accept the word will “bear fruit thirty and sixty and a hundredfold” (Mark 4:20, RSV). But regarding others, “worldly anxiety, the lure of riches, and the craving for other things intrude and choke the word, and it bears no fruit” (Mark 4:19, RSV). We may also add “those who have eyes, let them see” without compromising Christ’s message.

Helen Alvaré, professor of law at George Mason University, dares to reveal its truth. “The government is essentially proclaiming,” she writes, “that there is only one legitimate kind of homicide in the US: killing within the family.”4

What she is saying is that abortion is a form of domestic violence. And she is right. It is certainly “domestic” since it involves the mother and her child; it is certainly violent since it results in the death of the preborn child.

How many of those who promote abortion can see this horrifying truth? The only way they can maintain their position is to be blind to its reality. They withdraw from objectivity and rename abortion in an entirely subjective sense as a “choice,” a “remedy,” or even as a “right.” At the same time, they are obliged to castigate defenders of life in any number of demeaning terms.

Scripture tells us that the pharaoh suffered from a hardening of the heart. The root of this hardening may very well be a hardening of the mind. “The lamp of the body is the eye. If your eye is sound, your whole body will be filled with light; but if your eye is bad, your whole body will be in darkness. And if the light in you is darkness, how great will the darkness be,” (Matthew 6:22-24, RSV).

It is an American tragedy that, regarding abortion, scotosis afflicts lawyers and politicians in high places. We must remain faithful to the truth, however, and trust that the light of truth will finally be recognized so that it can lead to a freedom in which no one will need to be executed.

3. Josef Pieper, Living the Truth: The Truth of All Things and Reality and the Good (Ignatius Press, 1989).

Dr. Donald T. DeMarco is professor emeritus at St. Jerome’s University and an adjunct professor at Holy Apostles College & Seminary. He is a regular columnist for the St. Austin Review. His latest books, A Moral Compass for a World in Confusion, How to Navigate through Life and Apostles of the Culture of Life, are posted on amazon.com.