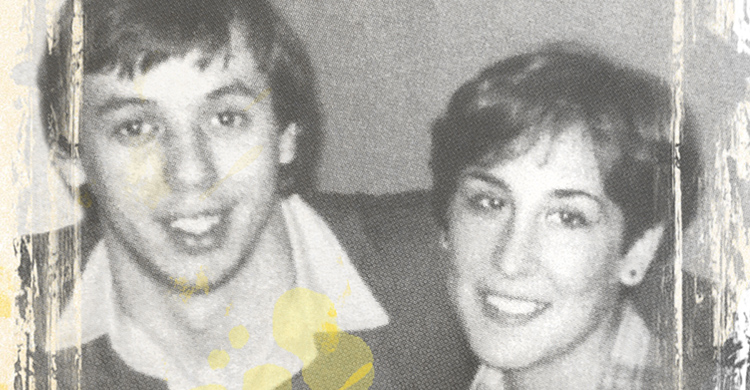 From abortion and regret to healing and ministry

It was 1973. Roe v. Wade had just been decided. Beth DaCosta was an eighth grader, living near Columbus, Ohio. A representative from Planned Parenthood visited Beth’s school to explain the abortion procedure. “They brought the abortion suction machine with them and everything,” Beth said. “They made it seem like abortion was no big deal. They told us it was just a mass of cells so aborting it didn’t matter. Planned Parenthood achieved their mission that day because their visit really normalized abortion in my mind.”

Beth was raised in a home that believed in God and feared Him, but Beth lacked a personal relationship with the Lord. “I thought of God as a punishing judge, not as a loving Father,” she said. This perspective would impact Beth’s feelings about God for many years to come.

When Beth was 18, she met Dominick DaCosta at her place of employment. “We became friends immediately and we hung out all the time,” Beth said. “Soon I realized I was in love with him.”

The couple began dating and not long after, Beth discovered she was pregnant. “At that time, Dom and I didn’t set our standards based on God’s plan for us, so we just let passion take over. I realized later how wrong we were,” Beth said. “Dom told me that he would support whatever decision I made regarding the pregnancy. He really left it up to me.”

Beth debated her decision for two weeks, and in the end, she decided to abort her baby. “I felt that I couldn’t embarrass my family by being pregnant when I wasn’t married,” she said. “I had a family member who’d wound up in that situation, and I’ll never forget the comments people made about them. I just couldn’t do that to my parents.”

Beth also had a vision of her dream wedding and she knew that an unplanned pregnancy would ruin that dream. “When I look back on it now, I realize how selfish it was of me,” she said. “I know there is no ‘good reason’ to have an abortion, but my reason was especially selfish, and that made me feel even more ashamed.”

The regret took over almost immediately

In 1978, when she was 10 weeks pregnant, Beth went to a Planned Parenthood clinic and had a suction abortion. “The clinic was full of women laying on cots, waiting for their abortion procedure,” she said. “My abortion was very painful and during the procedure, I begged the doctor to stop. He never said a word, but the nurse said, ‘Giving birth is much harder than this is.’ It was terrible.”

Beth bled a lot after her abortion, but did not experience other physical side effects. But the emotional fallout would last for decades. “The relief I felt at no longer being pregnant was very temporary,” she said. “The regret took over almost immediately. But that’s the biggest tragedy of abortion: you can’t ever fix it. You can’t go back and change it. It’s a permanent decision.”

In March of 1979, Beth and Dom married. “I had my dream wedding, and I didn’t allow myself to even think of my abortion on that day,” Beth said.

Shortly after they married, Dom became a Christian. The couple found a wonderful church in South Bend, Indiana, where they’d relocated for Dom’s job. Despite the love of her new church family, Beth struggled to accept God’s forgiveness. “I believed the lies that Satan told me,” she said. “He used to tell me that God couldn’t even look at me because of what I’d done. I was filled with shame and I was convinced I didn’t deserve God’s love. I felt so ashamed because I knew we could have done better for our baby. To this day, I wish I could go back and make the decision to keep my baby.”

Eventually, Beth surrendered her life to Christ. “I’ll never forget the Sunday I finally accepted His forgiveness. I just knew I was a new creation,” she said. “I knew that God would forgive me for my sins, including the abortion, but I still hadn’t forgiven myself.”

For a while, Beth lived in denial. But when she and Dom decided to start a family, she couldn’t hide from her feelings any longer. “When I found out I was pregnant, I went to a doctor,” Beth said. “The nurse asked me if this was my first pregnancy. I said yes. But then she said, ‘So no miscarriages or abortions?’ I couldn’t lie about it again, so I admitted I’d had an abortion.”

It was the first time Beth had ever admitted her secret to anyone.

Beth’s pregnancy was an emotional roller coaster. When her doctor gave her the pre-natal brochures, Beth saw the photos of developing fetuses and she lost it. “I was convinced throughout my pregnancy that God was going to punish me for the sin of my abortion,” she said. “I was positive that my son would be born with a disability. And I knew that I was only getting what I deserved.”

But her son, John, was born healthy and perfect. “To me, John was proof of God’s love for me,” she said. “In that moment, His love just washed over me, and I realized He wasn’t out to punish me.”

As a young mom, Beth became involved in the pro-life movement. “I held a pro-life sign at a rally, and no one there knew that I myself had had an abortion,” she said. “But I just wanted to be involved in the movement, to make a difference for someone else.”

Beth notes that, early in the prolife movement, churches focused solely on saving babies’ lives. “Of course, we want to save the babies, but the moms and dads need rescuing too,” she said. “The church as a whole has to get this right. We have to show people Who God is and that He will forgive them.”

When Beth’s kids were in middle school, she attended a women’s conference. The speaker shared her testimony, including the story of her own abortion. Beth spoke to her afterward and admitted the secret that she’d been keeping for 15 years. “She The told me that I needed to tell people what I’d done,” Beth said. “She said the devil would hold it over me as long as it was a secret.”

Beth dreaded telling her children what she’d done. “But God showed me that pretending to be perfect is prideful,” she said. “My kids needed to know that I made mistakes, too.”

On Father’s Day, Beth and Dom told their children, as well as Beth’s mother, about the abortion. “They were so understanding and loving about it,” Beth said. “They never held it against us.”

Now that Beth’s secret was out in the open, she longed to play a bigger role in the pro-life movement. “Once you start to heal yourself, your heart really wants to get involved,” she said.

Beth began volunteering as a counselor at the Crisis Pregnancy Center in Terre Haute, Indiana, where she and her family now live (to read more about the Terre Haute CPC, see our Spring 2017 issue). “I worked as a counselor for four years and I also taught the Creating Positive Relationships classes, which are pro-abstinence classes taught in our schools,” she said. “I told the students that I’d been involved in a sexual relationship outside of marriage and that it was wrong and has lasting consequences. I wanted to use my story to help others.”

Beth and Dom have both served on the board at the Crisis Pregnancy Center. They share their story at CPC fund-raising banquets and other events. Beth also teaches “Forgiven and Set Free,” a Bible study for post-abortive women. “The course first teaches women Who God is and encourages them to have a relationship with Him,” Beth said. “Healing from abortion starts there because God is the fix for all of our problems. Abortion doesn’t fix any problems; it just creates different ones. But God can heal us.”

During the “Forgiven and Set Free” classes, Beth shares the story of her abortion. “Then I say, ‘But I’m forgiven. Would you like to be forgiven too?’ I tell the girls that the condemnation they feel doesn’t come from God. The devil is our accuser and he lies to us and tells us that God couldn’t ever love us because of what we did. But I show them what the Bible says about God’s love.”

Beth asserts that the decision to abort is often driven by shame and fear. “At the CPC, we encourage girls to confront their fears and think about things logically. When we can find out what’s going on in a girl’s head, we can help her make a better decision.”

Beth wants other post-abortive women to speak out and share their stories. “The emotional fall-out of abortion is grossly underestimated in this country,” she said. “Abortion opens the door to years of personal regret and emotional turmoil. Planned Parenthood tells people that abortion is the easy way out. But it’s not. You live at war with yourself because of it. You’re stuck in your grief because society tells us it wasn’t a baby anyway. It is a life-altering decision for everyone involved. That’s the message young girls need to hear.”

Today, Beth’s views are completely and totally pro-life. “I cannot justify encouraging a woman to abort her baby, knowing the lasting harm it causes, obviously to the baby, but to the woman herself too,” she said.

Many years ago, Beth first read Romans 8:28, which says in part that God uses all things for good. “I didn’t see how God could use my abortion for good,” Beth said. “But I pray He uses my story to help others avoid the mistakes I made, or if they have had pre-marital sex or an abortion, to find God’s love and forgiveness.” Diane Stark is a wife, mother of five, and freelance writer. Her work has been published in more than 40 Chicken Soup for the Soul books, and she has won three Church Press Awards. Diane writes about the important things in life: her family and her faith.

Diane Stark is a wife, mother of five, and freelance writer. Her work has been published in more than 40 Chicken Soup for the Soul books, and she has won three Church Press Awards. Diane writes about the important things in her life: her family and her faith.