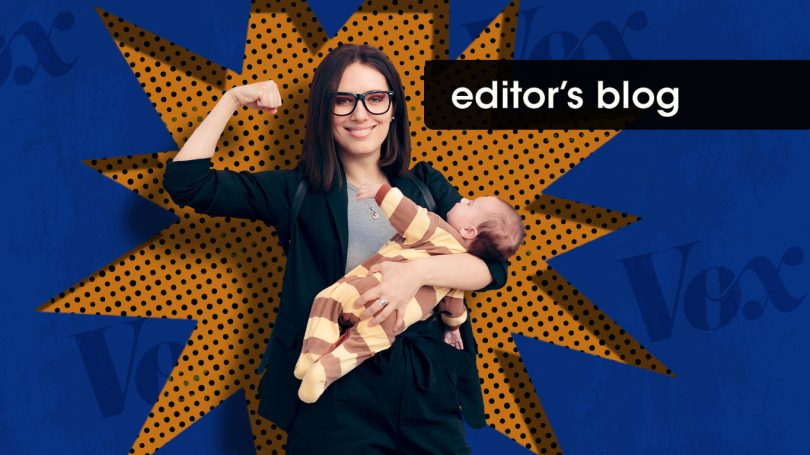 A recent article in Vox addresses the fact that SCOTUS may soon overturn Roe v. Wade and send the decision about abortion laws to the states to individually decide. The author laments:

That decision, a draft of which was leaked to Politico earlier this month, affects a woman’s likelihood to work at all, what type of job she takes, how much education she receives, how much money she makes, and even the hopes and dreams she has for herself. In turn, her career affects nearly all other aspects of her life, from her likelihood to live in poverty to her view of herself.

And taking away the ability to make that decision stands to upend decades of progress women have made in the workforce, which has cascading effects on women’s place in society.

To work at all? I think we’re delving into a bit of hyperbole here.

We don’t see any of this in her article because this is not part of her agenda. She simply wants a woman to believe that her life is essentially ruined if she gets pregnant and cannot have an abortion.

Articles like this serve only to make women believe they are not capable or resourceful enough to overcome obstacles and to choose a path that, though it may be harder in the short term, will also come with countless rewards.

Women are strong and amazing. But articles with misinformation like this only serve to give women the “I can’t” mentality.

Instead of supporting a mother and telling her that life may be hard but that she can find a path—and that there are many organizations that will help her on this path—the author chooses instead to focus on the negative rather than the positive. Instead of touting the strength of women, she’s telling women that pregnancy will hold them back. Instead of building women up, she’s helping tear them down. Indeed, she’s giving them the ammunition to shoot themselves down. And instead of loving the woman, she’s hating the baby.

True empowerment of women entails supporting them through a surprise pregnancy, not killing the baby who “gets in the way.”

True empowerment of women shows them that they are strong enough to get through anything. It directs them to the countless maternity homes, pregnancy resource centers, and charities that will help both the mom and the baby.

The mentality we see in articles such as this one in Vox sows seeds of hopelessness and sells women short. When women read these words, they begin to think “Maybe I can’t do this,” “It’s too hard,” or “There’s no other way.” In essence, the author is becoming just like the men who strongarm their girlfriends or wives into having abortions. She’s presenting scared women with the “impossible” and giving them overwhelming arguments for why they cannot be successful.

But this is not reality. The reality is that there is hope. And there is help. Most certainly a surprise pregnancy can be scary. Fearing whether you’ll have enough money to buy groceries or pay the rent is absolutely real. These fears can cause anxiety, stress, and a whole host of physical ailments. And having a baby will change the trajectory of your life, but that doesn’t have to be a bad thing. Nor does it have to be something that holds a woman back from achieving her dreams.

That’s why, as a pro-life people, we must not only support pregnancy resource centers with our time and our treasures, but we must educate others regarding the fact that there are places they can go for help. Moms and dads do not have to go through a surprise pregnancy alone. So many places will help them with the necessities, with bills, with a place to live, and even with help in furthering their education. They do this because they know that some help now will lead to stronger and healthier families in the future.

But pro-abortion advocates don’t want to focus on these places or on these facts. They want to stir up anger. They want to scream “my body, my choice” so loudly that no one can hear the truth.

And the truth is that a unique human being is created the moment the sperm fertilizes the egg. The lie that a preborn baby is a just a blob of cells has been debunked for years. Just look at a sonogram image of a baby. Or look at a picture of a dead preborn baby.

Every human being deserves the chance at life. Every mother deserves to follow her dreams. But those two things are not mutually exclusive. A woman CAN be successful and be a mom. So let us all work toward changing the negative mentality toward women and babies that we see in articles like this one and work toward supporting women as they learn to be successful mothers and successful women.

This article originally appeared in LifeNews at lifenews.com/2022/06/01/women-dont-need-an-abortion-to-be-successful.