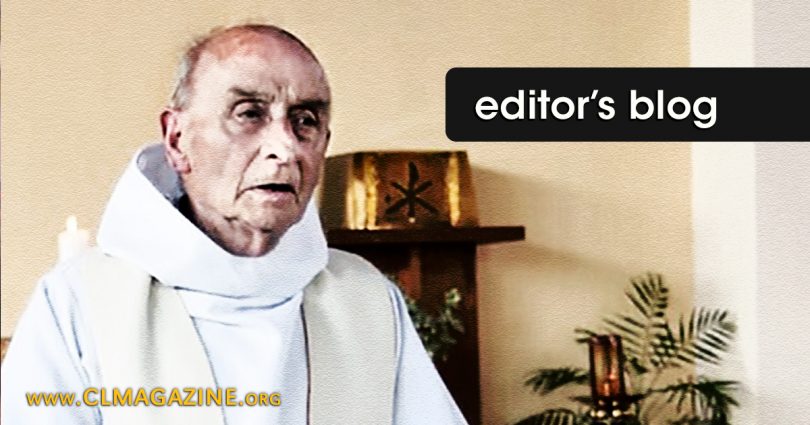 The violent murder of Fr. Jacques Hamel at the hands of two cowards filled with demonic rage has filled so many of us with a mixture of horror, deep sadness, and anger at the unspeakable injustice of such savage barbarism.

Fr. Jacques Hamel’s parishioners and fellow priests have spoken in glowing terms about this humble servant of God. You can watch a brief video of this good priest speaking (see here) in which he says, “Jesus came to make himself vulnerable…poor. Jesus came and is close to those who lack the necessities of life…the poor. The Son of God, the Almighty, is found in a stable at Christmas.”

Fr. Jacques Hamel was murdered during Mass at the Paroisse Saint Etienne, the Parish of Saint Stephen. Saint Stephen is called the “protomartyr,” that is, the first Christian to be martyred for the faith in the New Testament (Acts 7:54-59).

“Jacques,” is the French version of “James,” this priest’s patron saint. The Church celebrated the feast of Saint James the Greater just the day before Fr. Jacques Hamel was murdered. Herod had Saint James beheaded, making James the first of the apostles to be martyred.

Fr. Jacques Hamel’s death has occurred in the context of a long and rich history, but savagely murdering a gentle and elderly priest during Mass remains heinous beyond words. Why does God allow such atrocities?

I hope a few points regarding Divine Justice and Divine Mercy will be helpful in understanding.

Though it is impossible for us to know all the details right now, we are assured that both Divine Justice and Divine Mercy will prevail. The martyrs play a huge role in maximizing the number of the saved. It is incumbent upon us to pray for the dead (including Fr. Hamel), but considering his life of priestly ministry and the final circumstances of his death (i.e., killed in odium fidei [hatred of the faith] while offering Mass), Fr. Jacques has most likely received the everlasting crown of martyrdom.

“All you holy martyrs, pray for us.”