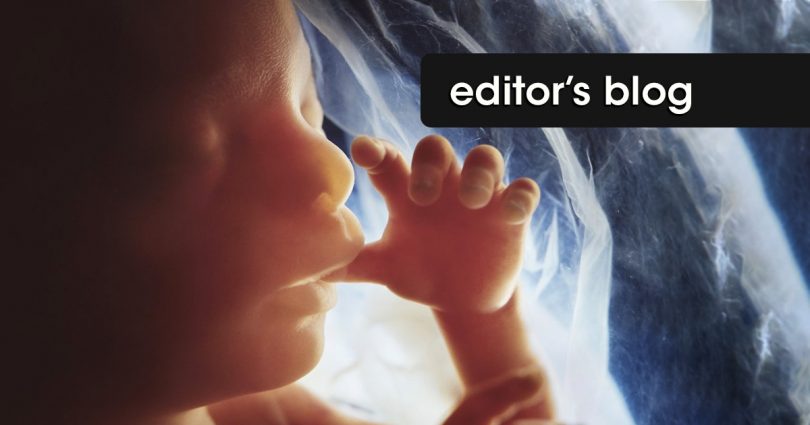 When reading or watching the news today, one must do so with a discerning mind and eyes. Why? Because there’s so much happening to obfuscate the truth, to thwart reason, and to keep people from thinking for themselves.

And, when reason is lost, people suffer.

Let’s first examine the definition of reason. According to the Catholic dictionary, reason is:

The mind in its function of attaining the truth. Also the basis or evidence used by the mind in its pursuit of truth. It differs from the intellect, whose proper role is to perceive the truth, whether arrived at by a reasoning process or perceived immediately as intuition. Reason, therefore, is a process, where intellect is possession.

In other words, we use reason to attain the truth.

But pro-aborts in government and in places of authority do not want us to use reason. Nor do they want us to see the truth. They attempt to create a false sense of “injustice” and then play on that in the media.

Take, for instance, Alexis McGill Johnson, president of Planned Parenthood. In response to a TX fetal heartbeat bill that was recently signed, she stated: “The goal is clear: to relentlessly attack our reproductive rights until abortion is a right in name only. Passing these bills is not leadership, it is cruelty and extremism.”

Then we see the response of Jaime Harrison, chair of the Democratic National Convention, when addressing the Supreme Court’s decision to look at a Mississippi case banning abortions after 15 weeks. He stated: “Abortion is health care. Democrats believe, like the majority of Americans, that our fundamental freedom to make personal decisions about if, when, and how to start or grow a family must remain protected. . . . Protecting and advancing reproductive health, rights, and justice is the right course, and Democrats are committed to ensuring every American can count on the health care they need and deserve, when they need it.”

The TX bill and the Mississippi case are both flawed because they still allow babies to be killed, and that is a tragedy. We must protect all babies, and we cannot ever settle for less.

But it is also a tragedy that McGill Johnson and Democrats like Harrison can only think of one thing: their desire for more dead babies. And every chance they get, they attempt to push their agenda on us and indoctrinate our children.

Neither of them mentions that, in every abortion, a baby dies.

Therein lies the epitome of the word cruel. And a baby’s death is the ultimate in extremism.

McGill Johnson does not want us to use reason in response to her use of the words “reproductive rights” or her erroneous belief that abortion is a “right.” And Harrison wants us to believe that we all “deserve” dead babies as part of our healthcare if we want them.

Their sickening views negate reason and are based on lies.

Reason, logic, and just plain intelligence tell us that no one has the right to kill an innocent child.

And reason, logic, and plain intelligence tell us that true healthcare does not involve death.

Even Merriam-Webster understands this. It defines healthcare as “efforts made to maintain or restore physical, mental, or emotional well-being especially by trained and licensed professionals.”

A dead baby does not fit into this definition.

But McGill Johnson, Harrison, and their ilk don’t want us to understand this. They want us to feel incensed that we cannot just do away with a preborn baby anytime we want. And they seek to devalue that baby until society hears their lies long enough that it, too, devalues that baby.