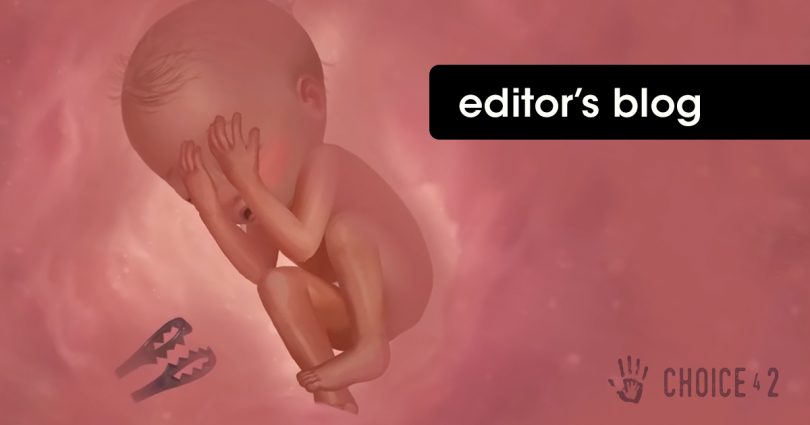 This week, we have at least official two reasons to celebrate heroes. The Marine Corps birthday is Thursday, November 10, and Veterans’ Day is November 11. The men and women of our military have given and continue to give a huge portion of their lives to protecting our country, and many have given their lives.

In his Gettysburg Address, Abraham Lincoln said, in part: “From these honored dead we take increased devotion to that cause for which they gave the last full measure of devotion, that we here highly resolve that these dead shall not have died in vain.”

The men of whom he spoke gave their lives for our country, and we owe them a debt of gratitude.

As we think about these heroes, we cannot help but think of heroes in other walks of life, heroes who have devoted their lives to a likewise noble cause—one that teaches the truth about life itself. In fact, we could say that these pro-life heroes have something in common with the heroes at Gettysburg and that from these honored dead (aborted preborn babies), they too have taken an increased devotion. Pro-life heroes have promised that these babies who have died have not died in vain, for with each crushing loss of a baby, they honor them with the promise that every day they are working toward making abortion not just rare but unthinkable.

Every day pro-life heroes battle the culture of death mentality that is so prevalent in our society today. And every day we see evidence that this mentality is becoming more and more insidious. The latest example comes from a recent NPR story about abortion. In an 11-minute segment, during which the host attempts to garner sympathy for a divorced woman who wants an abortion and a woman who simply wants to have her own life free of children, we actually hear a woman going through a suction abortion. We hear the suction machine, hear the mom moaning, and then unbelievably we hear the nurses congratulate her because she “did it.”

This woman’s baby just died, and NPR thinks it’s in good taste to air the audio. This gut-wrenching segment is why we need pro-life heroes to tell the truth about what really happens in an abortion.

And what really happens is quite gruesome, as we see in a new video from a Canadian group called CHOICE42. Its new animated video called The Procedure shows the reality of a second trimester abortion.

Based on a real-life story, this short four-minute video walks us through the grisly procedure and is not for the faint of heart. We know that, in every abortion, a baby dies. But in a second trimester abortion, the baby is too big to be suctioned out, as in the NPR audio clip, so he must be removed piece by piece. It sounds like the premise of a horror movie, but it’s real.

If you choose not to watch the video, allow the words of Dr. Anthony Levatino to move your heart. Levatino, who is an OB/GYN who once performed abortions, testified in front of a House Judiciary Committee in 2015 and described the abortion procedure:

A D&E [dilation and evacuation] procedure is a blind abortion. So, picture yourself introducing this [the Sopher clamp] and grabbing anything you can blindly, and pull. And I do mean hard. And out pops a leg about that big [he holds up his fingers to indicate about 3 inches] which you put down on the table next to you. Reach in again. Pull again. Pull out an arm about the same length, which you put down on the table next to you. And use this instrument again and again to tear out the spine, the intestines, the heart, and lungs. A head in a baby that size is about the size of a large plum. You can’t see it. . . . You know you did it right if you crush down on the instrument and white material runs out of the cervix. That was the baby’s brains. Then you can pull out skull pieces.

Pro-aborts may not want to acknowledge the reality. They may downplay the reality. They may even claim that the baby isn’t alive or that he’s part of his mother. But pro-life heroes know better. They know the truth. A baby is a human being from the very first moment of creation. This is neither speculation nor simple religious doctrine. This is science.

And this scientific truth is conveyed in the CHOICE42 video.

Every abortion results in a tragic loss of life. If we don’t speak up for the babies who have no voice, people will continue to claim that abortion is a “right” rather than a travesty.

So as we think about the heroes of our past and present, let us resolve to be heroes of the future. This is something we can all do, no matter our profession or status in life. All it takes is for each of us teach the truth and to summon the courage to acknowledge and honor those who have died, promising them that they have not died in vain.

This article first appeared in Catholic World Report at catholicworldreport.com/2022/11/08/pro-life-heroes-honor-aborted-babies.