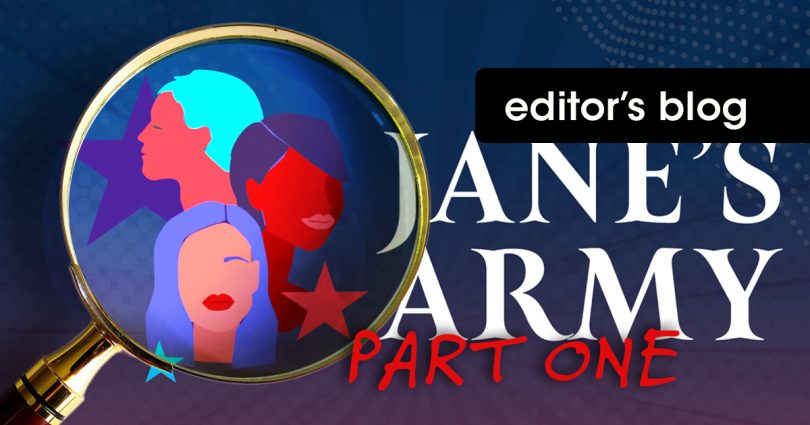 The headline of a document created by Jane’s Army—a group dedicated to electing pro-abortion politicians in Illinois—reads “The Top 10 Worst Things about the Anti-Choice Movement.” It was brought to my attention that American Life League was specifically mentioned, so of course I had to read it to see what this group had to say.

What I found was a document riddled with misleading statements, misinformation, and bizarre arguments that barely even make sense.

As one of the important goals of American Life League is to help teach the truth while building a culture of life, I think it’s extremely important to address each of the 10 “worst things” listed by Jane’s Army. In this two-part series, we will unpack some of what Jane’s Army stated (in bold) and then explain the truth in simple terms.

1. “The anti-choice movement [including ALL] doesn’t just want to ban abortion, they want to ban birth control.”

ALL and other organizations that oppose birth control oppose it for many reasons. It can act an as abortifacient and kill a very young preborn baby. In addition, we know the detrimental effects of birth control on a woman’s body. Because we love both moms and babies, we want women to know the truth about what the pill can do to her health, especially since the International Agency for Research on Cancer has classified the pill as a Group 1 carcinogen. Finally, we oppose birth control because it is contrary to Church teaching, as it thwarts one of the two purposes of marriage. A marriage is meant to be both unitive and procreative. The use of birth control thwarts the procreative aspect. But despite all the evidence that the pill harms women, it does not seem likely that birth control will ever be banned. This is not something that legislators are even voting on at this time; nor are they planning to do so in the near future. So speaking of hypotheticals only fuels anger and resentment, which seems to be the group’s intention.

Healthcare is something done proactively to take care of a person’s health. According to Merriam Webster, it is an “effort made to maintain or restore physical, mental, or emotional well-being especially by trained and licensed professionals.” Abortion is not healthcare. Abortion kills a child every single time. Inflicting death is the exact opposite of healthcare. While we agree that a woman has a choice when it comes to just her own body, we disagree that she should be able to make the choice to kill an innocent baby who resides within her body. Refusal to receive a vaccine does not result in a dead baby. By its nature, a vaccine is considered healthcare, but we should all have a choice regarding what we put into our bodies. People’s reasoning for not wanting to receive the COVID vaccine vary, but the two most popular reasons are that the vaccines were derived from a cell line from an aborted baby and that the vaccine was rushed. Both of these are very compelling reasons. But in reality, when you come right down to it, comparing abortion to receiving a vaccine is like comparing apples and shoes. They are not the same, and there’s no point in this comparison.

3. “There is a strong tie between anti-choice extremists and white supremacists. Many of those who participated in the January 6th insurrection have track records of violently protesting at medical centers that provide abortion care.”

Simply claiming that a “strong tie” exists does not actually mean that one exists. The document links to a biased article full of speculation and hearsay that seems to have the same agenda as Jane’s Army. Further, the organization presents no hard facts or data in its document, nor does it define what it means by “violently protesting.” Had some of the people at the Capitol on January 6 also protested at abortion clinics at some point in their lives? Quite possibly. But the people who stormed the Capitol are not representative of the pro-life movement. At ALL, we do not condone violence of any sort. Further, we love all moms and babies—regardless of race. We don’t see color; we see human beings. Sadly, we know that abortion itself is a violent act, as are many abortion activists. This is a verifiable fact, and this violence has increased exponentially in the last several months, undoubtedly fueled by organizations such as Jane’s Army. To see the lengths some people will go to in order to ensure that women and their babies are not helped by organizations that care about them, simply read through this list of pregnancy resource centers that have been firebombed, graffitied, threatened, or even destroyed.

4. “The anti-choice movement is full of hypocrisy. Anti-choice extremists are not only against abortion, but are also working to do away with initiatives that would help prevent the number of unintended pregnancies like informed sex education, access to birth control, and the morning after pill.”

Let’s break this one down. A) At American Life League, we do not oppose sex education. We just don’t believe that the place for it is in schools. These are discussions that should be had in the home so that the parents can talk with their children about the reasoning for their beliefs and field any questions. B) We have already touched on birth control in number 1 above. C) And as the morning-after pill works in essentially the same way that the pill does (just in higher doses), the same reasoning for birth control applies here as well. Wanting to protect the smallest of babies is not an example of hypocrisy. It’s actually a desire for the equal protection of all human beings.

5. “The anti-choice movement claims to be ‘pro-life,’ yet it actively attacks life-affirming programs. . . . Nearly all elected anti-choice members of Congress and state legislatures vote against programs to assist pregnant people and mothers, including access to prenatal care, early childhood education, child care, affordable health care, and other initiatives to enhance the lives of children and women.”

Nearly all? That is a bit of hyperbole. We will not speak to the voting records or intentions of all members of all state and national elected bodies, as that would take volumes. But we can say this: If we in the pro-life movement attacked life-affirming programs, would we have over 3,000 pro-life pregnancy centers in the US? Would we have elected leaders pushing for more programs and for recognition of existing ones? These programs, which help millions of people annually, assist moms and babies by offering material assistance, financial assistance, and even shelter. Pregnancy help centers are located in poor neighborhoods and sometimes near abortion clinics so that those women who feel scared and trapped have someone they can talk to. These facilities, which are often staffed by volunteers, run on donations—the donations of caring pro-life people who choose to give their hard-earned money to help women. Yes, we absolutely need more of these. We need more programs that empower not enable parents after the birth of their child. And we need education programs that teach the dignity of all human beings so that mothers truly understand the humanity of the baby she’s carrying. But to state that pro-life people actively attack life-affirming programs is just blatantly false.

Pro-lifers dedicate their lives to helping women and their babies. We do it out of love, respect, and a belief in the dignity of all human beings. It’s often a difficult job, but unlike the abortion industry, it’s one that does not result in a dead baby or a maimed mother.

There’s much more to unpack! Come back next week to see the last five arguments presented by Jane’s Army.

This article first appeared in LifeSiteNews at lifesitenews.com/opinion/debunking-5-myths-about-the-pro-life-movement-spread-by-abortion-advocates/?utm_source=featured-news&utm_campaign=catholic.