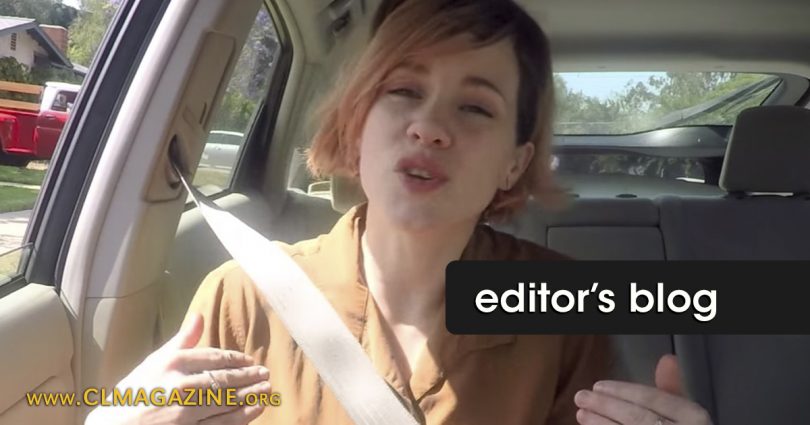 Last week I wrote about a tasteless comedy skit coupled with a straw man argument that amounted to meaningless drivel. I thought that would be that for pro-abortion comedy for a while, but then I stumbled across yet another priceless gem made by vehement abortion crusaders attempting to use comedy to push their agenda.

Social media blew up with negative comments about this dreadfully awful production that is unfunny on so many levels. The video is not even accidentally amusing. So far, the video has merited 131 likes and 880 dislikes on YouTube—and many of those dislikes are from pro-abortion people. The plot—for lack of a better word—relies heavily on straw man arguments and exaggerations equating to non-realties.

What is most unsettling about NARAL’s video, however, is neither its absurd premise nor its unmistakable dumbness, but rather its spot-on accuracy in depicting the irrational and dark worldview of the vehement abortion crusaders who produced it.

When the couple is in the car before departing for an abortion facility, the man asks the woman why she wants an abortion, to which she replies with palpable smugness:

“I want an abortion because my body is doing a thing right now, that is not incubating a person, and I would like it to continue doing that thing. It’s my choice. Okay?”

The woman states that her body is doing a thing right now that she would like it to continue doing; however, the “thing” that is doing is “not incubating a person.” Her body is doing something that is nothing? What? Then why is she seeking an abortion? Abortions cannot be performed on nothing. We are only one minute into this lame video and it already makes no sense!

As the woman concludes her nonsensical commentary, a child can be heard crying outside and apparently slapping his dad’s face. The woman says, “Also, look at that kid. I mean…Yea, we don’t need more of those in the world.” The man agrees.

This painfully unfunny exchange is sick and twisted; it reveals a dark and lifeless worldview. Who in his or her right mind would want to live in that world?

In the end, I suspect NARAL’s desperate attempt to remain relevant and push its repulsive worldview here will actually do some serious good for the pro-life movement. Sometimes a glimpse into the dark can reveal the beauty of the light.