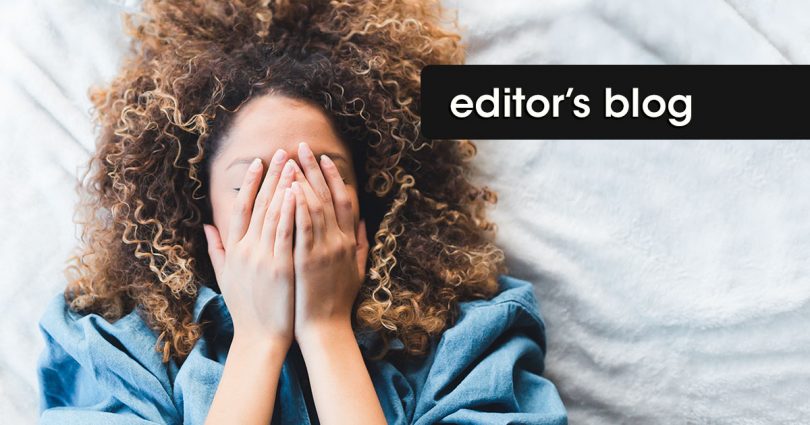 “We need to see more parents having abortions in film and television.”

Hopefully those words—the title of a recent article in Marie Claire—got your attention and turned your stomach a bit.

In the article, we read the sad and misguided words of author Danielle Campoamor, who posits that women will feel much better about the “normal” procedure of abortion if fictional characters on TV are just nonchalantly getting them.

She begins with this premise: “Countless studies have highlighted the importance of representation in the media, be it race, gender, relationships, body size and shape, mental health, or disability status. The same is true of abortion—a safe medical procedure one in four women (as well as trans men and non-binary people) will have by the time they’re 45. But accurate depictions of the most common abortion patients, parents, is still severely lacking.”

Campoamor then goes on to say that, when people on TV do get abortions, the majority of shows depict young, single women rather than parents getting them. By parents, she means people who already have one or more children. Yet she doesn’t understand that, once a woman becomes pregnant, she is already a parent.

Further, stating that people feel better about something they do or some action they take if some fictional character on TV does it first is a cop-out of an argument. While TV can be a fun escape, the characters are not the moral leaders we should follow in life, and representing them as such is not only misleading but irresponsible. What these characters do and how they behave are not models for how we should live our lives. Campoamor’s assertion that we should follow their lead and be comforted by their actions is not only scary but incredibly wrong and stupid.

TV is meant to entertain and to perpetuate drama. People on TV do things many of us would never dream of doing. To take their actions and emulate them is to throw away our morals in favor of a fake situation that has no consequences. These situations have no consequences because the people on TV aren’t real! The characters can do anything they want because they feel no regret, they suffer no repercussions, and they encounter no consequences.

This is not the reality with abortion, no matter what authors like Campoamor like to state. When she says that “the reality of abortion care is that most people are not conflicted about their decision,” she clearly does not understand that regrets surface over time and that the people who respond to surveys like the one she referenced are frequently the ones who are happy with something—for the time being anyway. And thus an entire subset of people is left out.

Indeed, abortion regret can happen at any time. What feels acceptable in the heat of a stressful or scary moment can—and often does—lead to years of self-loathing and regret. This is one of the many horrors of abortion.

Campoamor’s article continues with her desire to normalize abortion. She gives the example of a woman named Erika Christensen—“a mom and patient advocate for those seeking abortions that occur later in pregnancy.” She said that Christensen told Marie Claire that because her third-trimester abortion was such an anomaly, she “finds any representation [on TV] at all meaningful because it shows how ‘ordinary’ it can all be.”

Meaningful? A child’s death? How can that be ordinary?

This is exactly why pro-lifers fight so hard to protect babies, because Campoamor and others like her want to teach that killing a tiny baby is as ordinary as a trip to the grocery store.

The death of a preborn baby is a travesty. And it should never be considered ordinary.

Later in the article, Campoamor talks about a TV writer named Merritt Tierce who “is currently working on a scripted television show that takes place in a clinic that provides abortion.” According to the article, Tierce “is hoping to normalize abortion as just another choice in a wide range of decisions people make throughout their lives. And for characters who have kids, she wants to frame abortion as what it really is: a parenting decision.”

As pro-lifers, we need to wake up and understand what’s going on in society today. Brazen articles like this one are everywhere. And if you think your children and grandchildren aren’t seeing this and being indoctrinated to this way of thinking, then you are sorely mistaken.

We must teach our children to think for themselves rather than allow them to blindly follow the Campoamors and Tierces of this world. We must give them the facts about abortion, not the skewed beliefs held by people who have no regard for a baby or his mother’s life.

Abortion is often a desperate decision that women—and men—regret. Proposing that more abortions should be shown on TV is careless, nonsensical, and cruel—not only to the babies who have lost their lives in abortion but to the mothers who aborted them.

When we allow fictional characters to dictate morality, we have truly lost to the culture of death.

But we must not despair. We can make changes. We can teach morality. We can speak out against people who think like Campoamor. It just takes the willingness to do so.