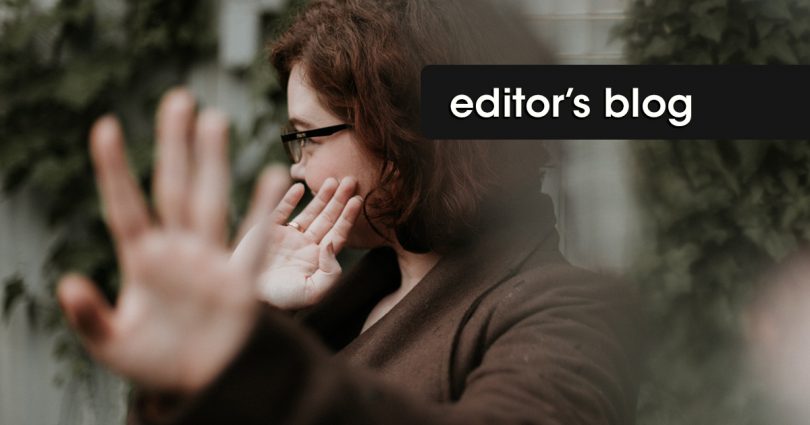 And by healthcare, it means abortion, even though abortion—which always results in a dead baby—is not actually healthcare.

One might think this quote sits prominently on Planned Parenthood’s site or the site of an abortion clinic.

But it does not.

It comes from a group called Catholics for Choice. And by choice, it means abortion—and so much more.

I want to just focus on the abortion aspect, as that is the most appalling belief its members hold.

When I recently read an article in LifeNews that George Soros and Warren Buffet have given funds to the group Catholics for Choice, I felt compelled to explore the group’s website.

I’m glad I did, but I wish I hadn’t. I wish that groups like this who call themselves Catholic would examine what it truly means to be Catholic. And I wish they would acknowledge the fact that they aren’t actually Catholic. Why they feel they need to keep the Catholic name while trashing Catholic beliefs is a mystery.

But let’s be clear: Catholicism is not subject to someone or some group’s opinion or feelings. Catholicism was established by Jesus Christ, who commanded His Apostles to go out and teach His good news to the world. The tenets of the faith are established and written in the Catechism of the Catholic Church. And while some practices have changed over the 2,000 years since Christ walked on the earth, His commands have not changed.

And Thou shalt not kill is still a Church commandment we must follow.

Abortion takes the life of a tiny preborn baby. Always. It is not healthcare. Denying abortion or fighting against it is not a punishment for women—poor or otherwise. The reason we fight abortion is because we love. We love babies. We love their mothers. And we know that every child is a gift. That is why there are countless Catholic programs to help mothers struggling with surprise pregnancies. We give to them and teach them out of love!

But the Catholics for Choice group does not spread love. It spews anger, as is evidenced in the words of its president, Jamie Manson: “When Catholic doctrine is used to deny basic and adequate health care to the most vulnerable, the consequences are devastating. Women and other marginalized genders are suffering at the hands of the Catholic hierarchy, the most radical patriarchy in the world, and we have a moral obligation to fight back.”

Fight back? Suffering at the hands of the Catholic hierarchy? I believe it’s the babies who are truly suffering, Jamie, for they are the ones who die.

And I am 100% certain that, if we could ask Jesus right now if He thinks abortion is healthcare or just a choice, He would hang His head in sadness and ask why we would even question Him.

We should know the answer!

We do know the answer!

But CFC goes right on attempting to indoctrinate people:

Since 1973, we’ve worked in the United States and across the world to ensure that all people have access to safe and affordable reproductive health care services and to infuse our core values into public policy, community life and Catholic social thinking and teaching. We believe that reproductive freedom is [a] Catholic social justice value. We work to dismantle religiously-based obstructions to abortion care, contraceptive access and comprehensive health care, particularly because these barriers disproportionately affect people of color, the poor and the vulnerable. (emphasis added)

And by infusing its “core values,” the group actually means that it’s attempting to worm its heretical beliefs into all walks of life—including the minds of our young people. It wants to change the way people think. It wants to change the teachings of Christ. This is obvious when it says that it believes that reproductive freedom is a “Catholic social justice value.”

This statement is just plain wrong.

Don’t be fooled into thinking how the secular world thinks. The devil exists in many forms. Sometimes you don’t even see him coming until it’s too late. But make no mistake. He exists. And you can almost feel his glee when he hears the words of people like Polly Denison, who states: “I was raised Catholic but struggled a great deal with the church hierarchy’s position on things like abortion, women’s equality and marriage. Then, I found a group called Catholics for Choice. I learned that I am a good Catholic because I question these positions, and because I follow my conscience.”

No, Polly, you are most definitely not a good Catholic. The people at CFC may tell you that. But they are wrong. They are telling you what you want to hear to win your solidarity. But solidarity with a group that preaches anti-Catholic rhetoric is not the kind of solidarity you want. We are here to attain solidarity with Christ. And we will only achieve that by following Him.