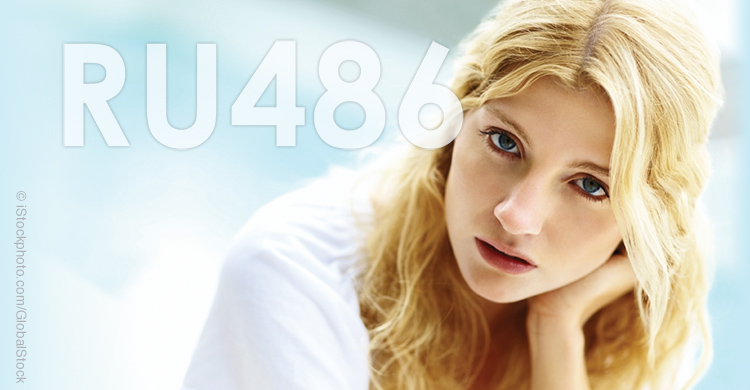 A medical service that gives women with second thoughts a second chance.

Sarah DeJulio is a bit luckier than many new moms in one key respect. From day one, daughter Emilia Grace has been a peaceful sleeper.

Becoming a single mom is never easy, but besides Emmy’s good health and happy disposition, Sarah has quite a few other things going for her. For starters, she has a good-paying job and a house that she owns. In addition, her mom and grandmother live nearby, providing plenty of care and attention for her soon-to-be toddler. Emmy’s dad also provides both child care and financial support.

It wasn’t always so. Emilia Grace is a bit of a “miracle baby” in that she is the result of a simple medical process that has been gaining attention: The use of progesterone injections to reverse the effects of the abortion-inducing drug, RU486.

So, let’s go back to mid-September 2014 when Sarah, then 25, sat along with a dozen or so other women in a large, private abortion clinic in St. Petersburg, Florida.

Sarah remembers two things most about the inside of the abortion clinic. For starters, virtually all of the women were her age (25) or older. More tellingly, every single one of them displayed signs of distress or remorse. Some wept openly. Others were more silent, but Sarah saw in their faces strong misgivings about having a “safe, legal abortion.”

A fateful day, a new beginning

Last September Sarah was six weeks along. The St. Petersburg clinic deemed her a fit candidate for a medical—as opposed to surgical—abortion. A medical abortion involves the administration of mifepristone, also known as RU486, in a medical facility. The woman is then sent home with a prescription for the synthetic prostaglandin misoprostol, which must be taken 24 hours later and induces labor.

Sarah had plenty of her own misgivings about being in the clinic, but the clinic staff did little to raise them. Unlike many in her situation, she had informed her mom, Kim Scott, and grandmother, Marianne Scott, that she was pregnant.

“I talked to them about a week both before I went to the clinic, and they said I should have the baby,” Sarah recalls. “I was never really 100 percent certain myself, and once I was inside the clinic, I felt rushed along. The nurse told me to make sure to fill the prescription and to take the second pill the next day.”

In the meantime, Kim Scott was sending frantic text messages to Sarah, urging her to reconsider. She was also on her laptop, doing a Google search on “reversal of a medical abortion.” Scott shared the results of her web search with her daughter when she arrived home.

“I sat outside on the patio and looked at the site, which seemed pretty rudimentary at first glance,” says Sarah. As she read more, however, it began to seem like reasonable, thoughtful advice, especially for someone agonizing over her decision.

A network of care

That site was AbortionPillReversal.com (APR), a service sponsored in part by Culture of Life Family Services (COLFS). This 501(c)3 nonprofit organization provides free ultrasounds, free pregnancy tests, and a variety of other free medical services to women with unplanned pregnancies.

“That night I called the 800 number and spoke with Debbie Bradel,” Sarah said. “She was super-calm and super-educated, and outlined what the pill I had taken actually does: stop your body from producing progesterone, which you need in order to stay pregnant. She also said that if I got progesterone injections, there would be a 70 percent chance of reversing the abortion pill.”

She awoke the following day determined to give the reversal regimen a chance. She received her first injection the next day, 48 hours after taking the abortion pill, at Largo, Florida’s St. Gianna Center, which is in the APR network. During the critical first weeks, Sarah received a shot once a day, as well as a weekly ultrasound. Later, she had several ultrasounds at the office of her own ob-gyn, and these all indicated that she was carrying a healthy baby.

Indeed, among all the births that have taken place thus far through the abortion-reversal program, no babies have been born with disabilities. The only drawback to its success in continuing a pregnancy is the short timeframe women have to get a progesterone injection. To be effective, the first shot must take place 72 hours after an RU486 dosage.

A sex hormone, progesterone, is produced in differing amounts by the ovaries in women and by the testicles in men. Both natural and synthetic progesterone have been used for about 40 years to treat infertility and prevent early pregnancy loss.

Dr. Matthew Harrison, a Charlotte, North Carolina-based family practitioner, was the first doctor to use progesterone injections to reverse RU486. A colleague in the organization of prolife physicians to which Dr. Harrison belongs, San Diego-based doctor, George Delgado, published the first peer-reviewed clinical research on the topic. Dr. Delgado first conducted his own abortion reversal in 2009.

Together with Dr. Harrison and Dr. Mary Davenport, Dr. Delgado formed AbortionPillReversal.com in 2012. They started with a 24/7 hotline and a website, but initially the physician network was rather small. APR now has more than 300 doctors in 45 states and 13 foreign countries, but Delgado wants to recruit many more.

“It’s important for a woman to be able to locate a doctor nearby from whom she can receive the progesterone treatments,” Delgado notes. “Our goal is to administer the progesterone within the first 24 hours, if possible, but we have had success for up to 72 hours. Beyond the 72-hour mark, it is probably no longer possible to reverse RU486’s effects.”

Currently, APR documents 145 women who have delivered healthy babies after being treated with progesterone. Another 85 are currently pregnant. Many callers are simply too far from a network physician, while others decide not to pursue abortion reversal. “We always propose— we never impose,” says Delgado.

Davenport is an ob-gyn, while Harrison and Delgado are family practitioners. Both men, however, have also treated their share of obstetrics patients. Delgado is part of the Natural Procreative Technology (NaPro) network begun by Dr. Thomas Hilgers, a professor at Creighton University’s medical school in Omaha and director of the Pope Paul VI Institute for the Study of Human Reproduction. NaPro develops and employs natural methods to treat women’s reproductive health issues.

“In part, my experiences within the NaPro network made me very comfortable using progesterone as a treatment protocol,” says Delgado. Since RU486 inhibits progesterone, he reasoned, it made sense that a series of progesterone injections could counteract its effects if administered in time.

Delgado describes progesterone as inherently safe, with drowsiness soon after it is administered as the most common side effect. Less common side effects are heartburn and a worsening of varicose veins among women who already have them. Progesterone is also considered safe for the baby. Dr. Delgado is the group’s medical director, while Dr. Davenport is the group’s research director. In the upcoming months, the two doctors intend to submit another paper for publication in medical journals about abortion pill reversal.

All of this refutes reports posted on the Internet about abortion reversal, which imply that women are being treated by unqualified personnel with some sort of unproven—and unsafe—mystery drug. In fact, the APR network consists mainly of physicians, physicians’ assistants, and registered nurses. With the exception of a few paid employees, all are volunteers.

The abortion-reversal procedure has caught fire among pregnancy-assistance centers throughout the US, Canada, and worldwide. Their services stand in stark contrast to the cold, clinical approach of a drug-induced abortion, in which women must deal with the aftermath alone. Groups such as APR and COLFS provide warm, helpful assistance that often continues after women give birth, depending on their needs.

The gentle approach of these groups owes mightily to the work of Debbie Bradel, a mother of six and 39-year veteran of the nursing profession.

“We aren’t in one office—we’re scattered all across the US,” says Bradel. “The hotline is staffed 24/7 and when a woman calls, she will always speak to a registered nurse. Currently, about 44 percent of our callers have gone ahead with abortion reversal and have given birth.”

Every situation is different, Bradel points out, but all the women who call are distressed. The first thing Bradel’s team will do is locate a participating physician, and if the caller has difficulty going there, arrange transportation. In a few unusual cases, a member of the team has provided a caller with a prescription via fax or email when callers lived too far from the nearest network doctor.

“In some cases—not all of them—they’ve been able to go to their own physicians or a hospital emergency room and obtain the progesterone injection with our script,” says Bradel.

Bradel and the rest of the APR team have just one requirement for volunteers: They must be 100 percent prolife. She currently trains volunteers via phone and internet, which brings them up to speed quickly.

“We are all thrilled when the babies are born, and it’s truly amazing the number of relationships we’ve developed with the women who’ve contacted us for help,” said Bradel. “Our volunteers all have an ability to tap into their own inner strengths, and to help each other out in a crisis. I’m sure our callers sense that.”

Sarah DeJulio, for one, has continued her association with APR. As part of that, she recently addressed a Christian medical association about her experiences and the topic of abortion reversal. Florida’s APR volunteers are now laboring to expand the physician network so that every hotline caller is within a 45-minute drive of one.

“Still, even many people who are involved in the prolife movement have never heard about this,” Sarah says. “There is so much misinformation out there! I saw a Huffington Post article recently, which claimed 96 percent of women don’t regret having an abortion. I thought, huh? Where did HuffPo come up with that? The writer certainly wasn’t sitting in the same room with me at the abortion clinic, seeing the sadness on women’s faces.”

“What I’d mostly like to do is to tell people coming out of clinics about abortion reversal process,” she adds. “It offers a way to change the outcome—and change lives for the better.”

Rob Sample is a freelance writer from Monroe, Connecticut and father of two. He has worked in publishing and corporate communications for 30 years and has been published in a variety of business, scientific, religious, and educational publications.